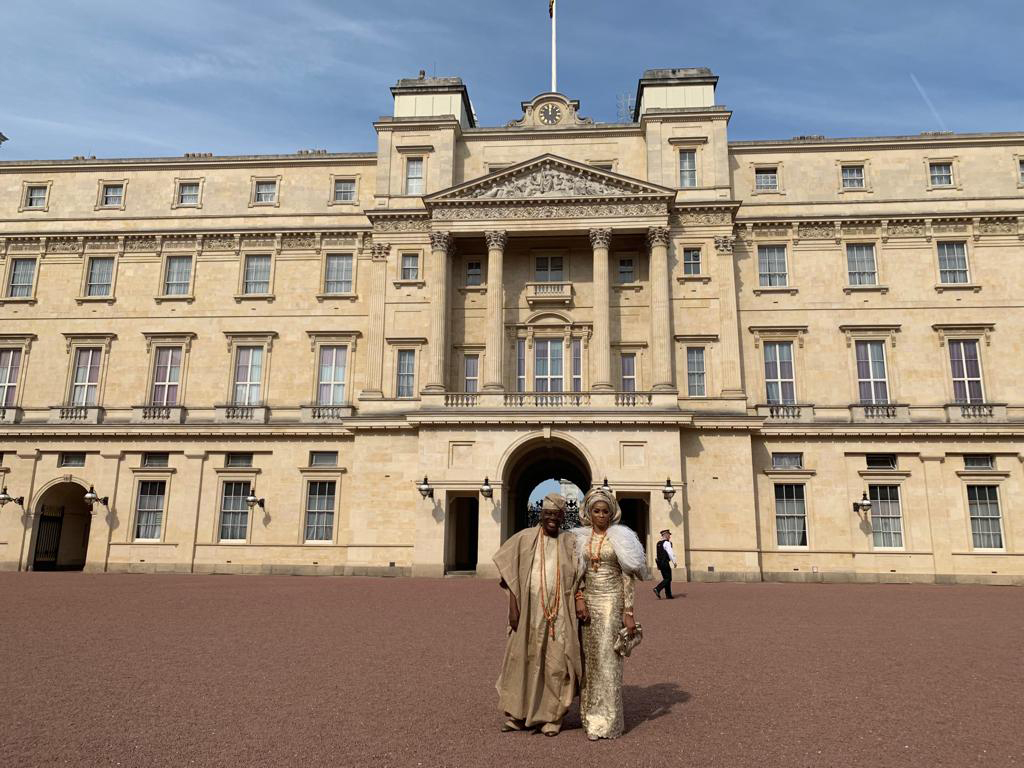 Billionaire industrialist and foremost businessman of Eleganza Industries fame, Aare Razaq Akanni Okoya, and his beautiful wife, Folashade, have joined world notables, who have dined with the Queen of Elizabeth 2 of England at the iconic Buckingham Palace.

It was like another honeymoon, for the power couple, that has grown to become one of Nigeria’s favorite celebrity couple,as they recently celebrated their two decades of blissful marital union, with the 42 years birthday of hazel-eyed and delectable, Chief Mrs. Folashade Okoya.

The duo attended the Queen’s Garden Party, held on  the evening of Wednesday, May 15, 2019,at the Buckingham, the London residence and administrative headquarters of the monarch of the United Kingdom,located in the City of Westminster. The Okoya’s are now the toast of the moment, given their rare privilege of being hosted by the revered Queen of England.