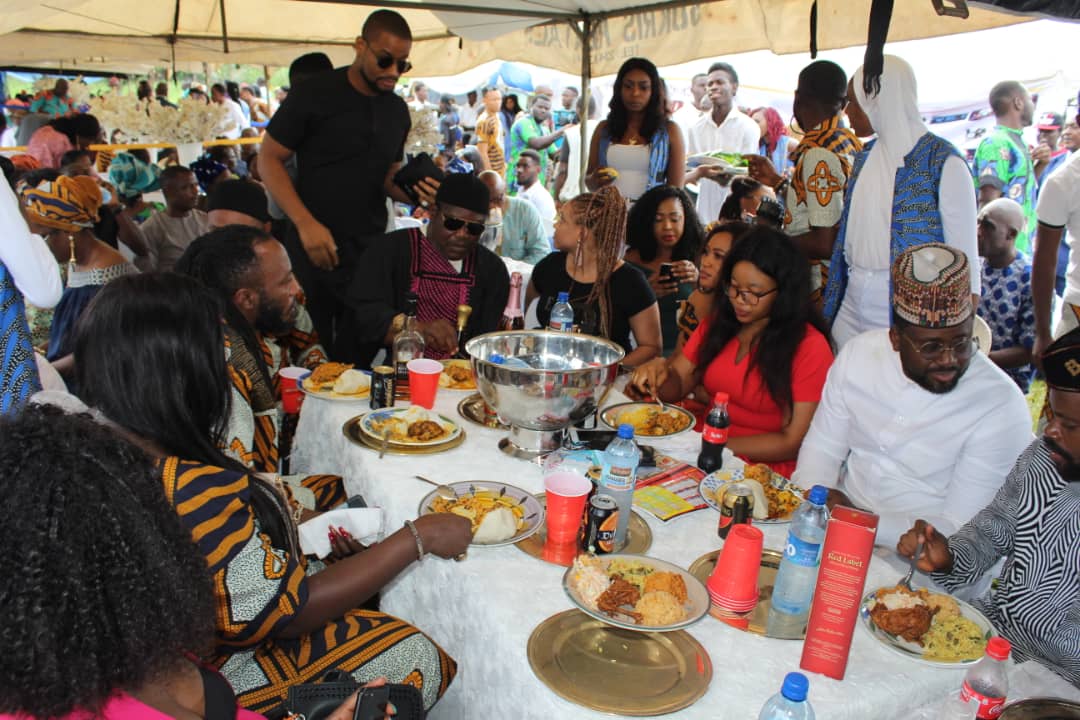 In a most decorated burial in the history of the modern day Benin City, The Edo State Deputy Governor, His Excellence, Mr. Philip Shaibu, led other prominent Nigerians, both in politics, arts and religion to the burial of Chief Pa Godwin Enabunlele Enotiemwenowan Igbinosun Imasuen the Ohen Okhuosa of Urhokosa aka ‘The Last Good Man’ the father of Nollywood’s great, Sir Lancelot Oduwa Imasuen.

The 3-day carnival like burial held the State spellbound, as no governmental activities, political or spiritual gatherings were on-hold for the 3 days in honor of one of this great son of Benin kingdom.

Those who gate crashed were of the opinion that it could have been a movie location, as tens of notable actors and actresses trooped out to honor one of their own and in fact, the most consistent filmmaker in the history of Nollywood.

The day’s heavy shower could not stop the white carpet laid for celebrities s they took turns to grace the carpet.

Top Nollywood stars, Directors, Producers, Comedians and a host of other notable entertainers invaded the ancient town in their various regalias.

If the event had been a movie set, it would been the gathering of highest numbers of celebrities for a movie production, it would have resulted to a highest grossing movie ever to be produced by a Nigerian.

Friendship were sealed, old wounds were healed, deals were sealed, reunions made, happiness shared. Indigenes of the ancient city took turns to have pictures with their various idols.

The resurrection of Hip-Hop In the Nigerian Music Industry