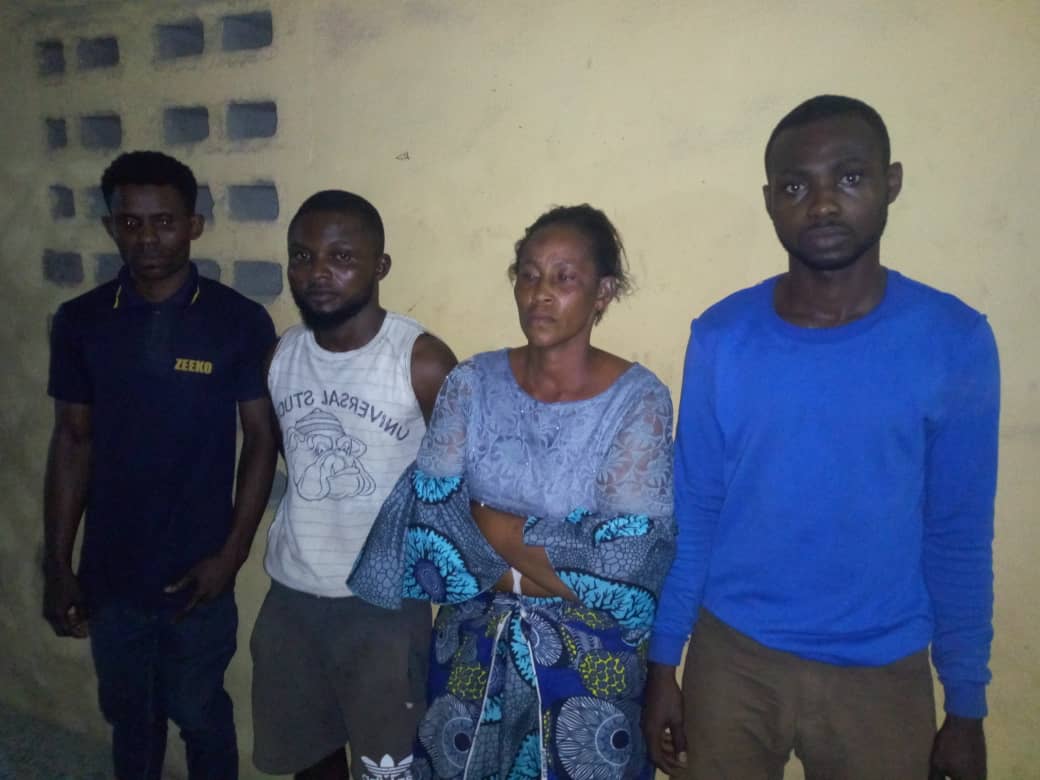 Barely 3week Lagos Police Command have recorded another victory over the suspected murder case of 16years teenager house help by its operative of Bariga Division.

The command have arrested the four suspects which includes, One Madam Shade Moke (Mama popular), the three hired suspects ,John Okpara,Issac Gboyelade and one Akinseye.

The incident happened at No.2, Odusanya Street ,Bariga area of the state metropolis where the prepetrator resides with the deceased Halimot a 17 year old house help.

According to a mandate reporter, from Advocates Children and Vulnerable Persons Network(ACVPN), who chat with our correspondent through phone said that the primary suspect ,that is the prepetrator aka Mama popular hired her two relations to beat up the house help for stealing her N2.000.

Also it was revealed that during the process the two suspects invited one if their friend who is a staff University of Lagos Unilag,Legion security outfit making them three in number that acted on the instruction of the prepetrator.

The prepetrator who initated the ideal to hire the service of the suspects to beat up her house help for stealing her N2000 two thousand has gone to her shop where she trade.

It was gathered that the girl died when the suspect were beating her without them knowing she has given up the ghost . So when they noticed that she is not breathing again they called the prepetrator that they did not know what is happening to the deceased that has fainted.

Speaking to the deceased mother who is calling for justice over her daughter death ,told our reporter that the deceased was still bleeding from her nose ,the cloth that they used to wrap her was soak with blood. ” i did not know what Mama popular have done to my daughter,people who saw her earlier told me she was not sick.

The deceased mother who was crying uncontrolable said,we manage the little resources God provide for me before Mama Popular came to me that she will assist me to train my daughter i did not know that the assistance is for her to killed my daughter.

According to the mother deceased ,the prepetrator is pleading to give me money so that i will not report the matter to police that only God know the cause of her death.

A relative of deceased revealed that immediately my sister daughter was buried Mama popular parted some money to the mother of deceased that she should not worry or think over the deceased death.

Father raped own daughter for 8 years in Lagos