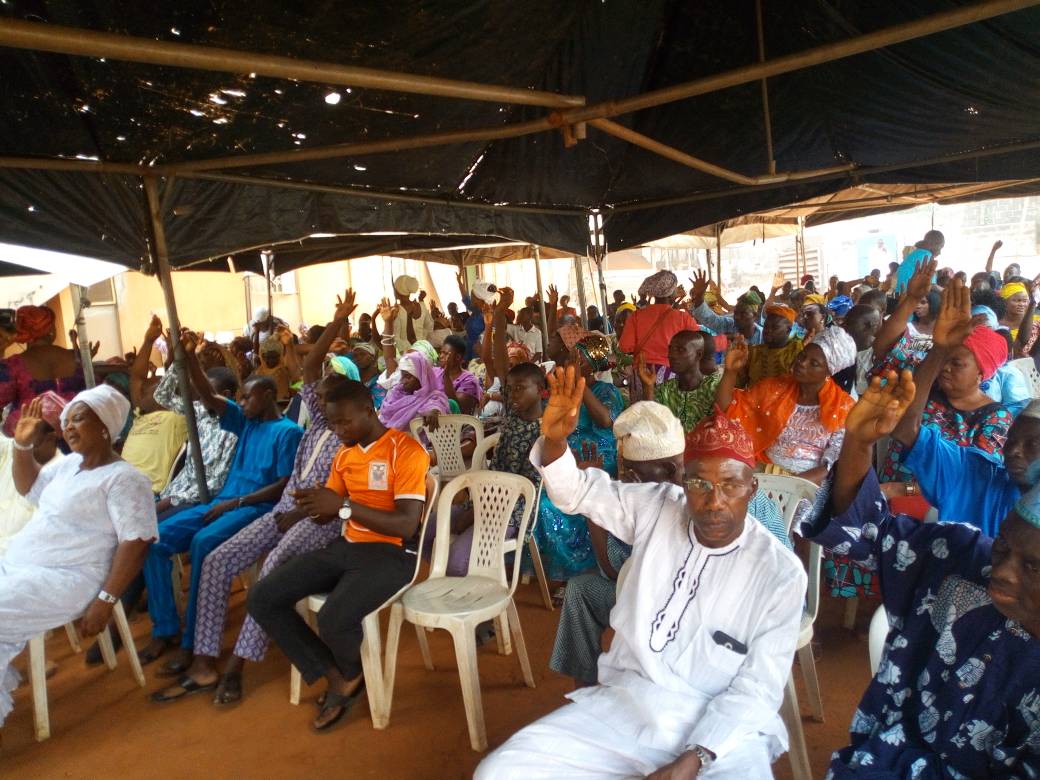 Scores of chieftains of the All Progressive Grand Alliance in Ogun State, on Friday, defected to the Unity Party of Nigeria, UPN, just as they pledged their support for the governorship aspirant of the party, Otunba Rotimi Paseda  ahead of 2019 general elections in the state.
The leader of the group and former chairman of the party, Hon. Adesegun Atoyegbe said they decided to pitch their political tent with the UPN because its governorship candidate was a seasoned technocrat that would provide the desired good governance for the people of Ogun state having came close in 2015 governorship election.
He said, “We have seen that the party has been tagged as the Easterners party, hence, impossible for it to win election in the South West, especially Ogun State and the party has no electoral fortunes to win any election in Ogun State  and that is why we decided to leave the party.”
According to Atoyegbe, APGA lacks internal democracy and does not provide democratic dividend to the people at the grass roots adding that leadership of the party are self-centered and practice politics of exclusion, adding, “I want to urge not only the UPN members, but the entire Ogun state to support and vote massively for the UPN candidates in 2019.”
Hon. Atoyegbe who addressed the mammoth crowd at an event organized by Paseda Youth Ambassador held in Ijebu-Ode area of Ogun State that, the move was part of reconciliation effort to provide a viable alternative political party in the state, adding that UPN remain the only party in the state with masses oriented blueprints.
He therefore stressed that, the intractable crisis rocking many opposition parties in the state had made it impossible for the electorate to have avalanche of options to determine their voting pattern in 2019.
Receiving the defectors on behalf of the party, a national officer of UPN, Engineer Babatunde Folarin expressed happiness for the democratic step taken by the defectors in providing vibrant opposition in the state.
The UPN stalwart assured the new members of the party’s open door policy and all inclusive in decision making of the party.
“We are very glad to receive you to our party. UPN is the people’s party and we need all hands on deck to ensure the party takes over power in 2019.
“If you will all recall, we came close in 2015 general elections and repeated same feat in the 2016 local government election held in the state and today, the party produced two councilors in the face of intimidation and oppression of the ruling party. We shall continue to build on that milestone achievements and ensure total victory in 2019.
“We are not relenting on oars, as we have engaged all meaningful stakeholders in state for a possible alliance and I am happy that you are part of the result of our consultation.
“I want to assure you and the good people of Ogun State that, the hard time will soon be over and we shall come back stronger in 2019”.