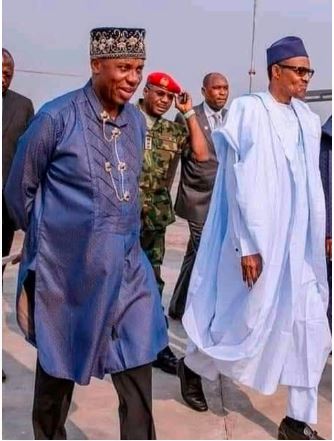 Interestingly, aggrieved truck owners and operators in the Apapa ports axis of Lagos State have cried out over the nefarious activities of multiple task force officers operating in the area, calling on the state government for urgent assistance.

The operators who lamented illegal activities of faceless and multiple task force officers at the Apapa ports said they indulge in wanton extortion, corruption, hijacking of trucks, and forceful seizures of trucks with false claims of abandoned vehicles. The alleged victims said the abandoned vehicles task force were in the habit of chasing out drivers of trucks and brazenly driving same to their offices with the claims that the truck was abandoned in a bid to force owners to pay outrageous fines to the tune of N400,000 per truck once the trucks reach their office.

They added further that it has always been difficult to officially identify the miscreants who masquerade as government officials at the Apapa port. Some of the victims recounted their various sad experience to our correspondent.

I am a truck owner at Apapa port. When NPA and government worked together, things worked. Despite assurances from NPA before the Eto app for the online truck queueing system came, it is problematic. Though it started well briefly. We go first to Ojota and to lillypond where we spend over a month with the loaded trucks. The port officials are supposed to call us from Lilly pond to Apapa but they will not, while some people will pay heavy bribes and those are the ones they will be calling in. I have a truck that has spent three months now waiting to access the port at the Lilly pond. It was loaded with cashew. You can imagine the loss. Our clients will also refuse to pay demurrage leaving us to shoulder the full responsibility alone.  For no just cause, they will not grant you the right to access. They simply ensure they allow at night only those who pay outrageous amounts as bribes. Once you don’t, you will queue for months. For example, the official rate on Eto app per truck is about #35,000 which is paid through the bank but to get access you will bribe with an extra #150,000.  We have written the government three times on these issues before now.

When the President visited Apapa port we were turned back and we parked around Flour Mill. We were queried for not returning to Lilly pond. Our trucks were seized and we paid #150,000 to the task force officers comprising of different security formations. After we returned to Sanya, task force officers still came and drove our vehicles away. Almost 40 trucks were seized and are still at Alausa. They did the same at Okota. The government who sent them to the port doesn’t know the atrocities they are committing at the ports. That’s why we are here to expose them to the government. Many people have sold their trucks because of these issues. When Lagos intervened things worked till everything scattered again. The terminal operators are also culpable as they load only very few trucks just to create avenues for corruption. They are part of the big problem.

On May 27, we parked our trucks at the trailer park garage in Apapa at warehouse road. Task Force officers at Apapa port broke into the park with the claims that the trucks were abandoned. They drove our trucks away. There are many task force units at the Port and they operate with impunity. Nobody can clearly pinpoint who is who officially. When lines don’t move, they just come with hoodlums and seize control of any trucks unchecked.

They drove 5 of our trucks away from the warehouse. On their way to Area, B Customs stopped them. When they could not explain the content of the trucks which were for exports, customs seized the trucks and took them to their office in Ikorodu. as exports trucks, the seal should not be broken but Customs broke the seal for physical examination following which the task force officers later took the trucks to Oshodi where we were forced to pay #400,000 on each of the 5 trucks.

I have lodged complaints to my union at Apapa port and they helped us slashed the outrageous bribe to #250,000 per truck. These guys are called Abandoned Vehicle task force officers and they just seize people’s property forcefully from your parking lot claiming it has been abandoned. The trucks were in the port premises how can you call that abandoned? He asked. NPA are even the instigators of problems from one system to another without solutions. Government should help us reduce the task force.

I am about to pay the sum of #120,000 to the Abandoned vehicle task force officers at Apapa port. Just last week, my driver called me that his hose pulled out around 2 am while driving around Surulere Enroute Apapa port. Then, some hoodlums came out requesting money before he could repair the vehicle. I appealed to them on phone and pleaded that they accept the sum of #5,000 from the driver and they obliged. My driver also added the N3,000 on him to the money for them and all was going smoothly. Just as the driver was finished up the basic repair which didn’t take more than 10 minutes, the obnoxious abandoned vehicle task force officers emerged from nowhere in their LASTMA truck. They forcefully seized the vehicle and drove it to their office. I pleaded with him to collect #20k that it was an empty truck but he refused. Now they are asking me to pay N120,000 for fine for failing to bribe him earlier with N100,000. This has been our sad experience for long.