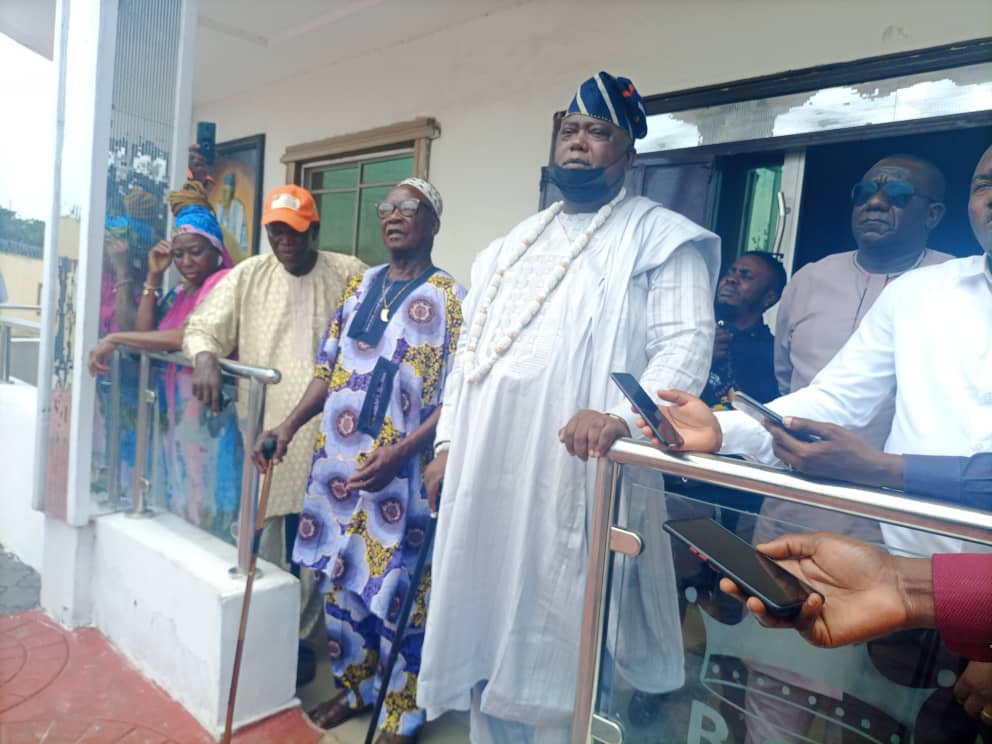 TRIXX NG reports that the Baale of Allen, Chief Bolaji Thomas Jaji has cried out to the Lagos state government on the rising spate of insecurity experienced in his community.

Baale, in a community discussion with his community members stressed the need for a more secured environment in order to make life better for the residents of Allen area of Lagos state.

Going down memory lane, Chief Bolaji explained that Ikeja and its environs used to be very peaceful and free of any social vices but unfortunately, the once peaceful community has become a haven for hoodlums and miscreants wreaking havoc in the society.

‘’In our community, we want to appreciate the National leader of the APC, Bola Ahmed Tinubu who is a member of this community for the good things that have happened here but we have security problems.

In this community, we have the police, customs, barrack but it is so surprising that we are not secured, under the bridge isn’t secured, computer village isn’t secured, Ikeja used to be a very peaceful area but not anymore. We now hear of people being robbed under the bridge, in computer village, we are no longer secured here. We appeal to the state government to do something about this as soon as possible’’

‘’As at two years ago, we used to have police patrols from area F, DPO in Ikeja, from Alausa, the patrol vehicle will come to my street in Ladipo kuku, they patrol under the bridge, Allen Avenue but nowadays, we don’t have those patrol anymore, those patrol used to scare hoodlums away but now, we don’t have them anymore so we are calling on the state government, commissioner of police to assist us in having that kind of security again’’

On Okada ban being effected by the Lagos state government, Chief Bolaji Thomas expressed his support for the development, making it known that hoodlums make use of motorcycles to perpetrate this evil act successfully.

‘’To be honest in you, in Ikeja we don’t support Okada and tricycles because these are the vehicles the hoodlums use to penetrate this act. Two weeks ago, about ten okadas came to that area with three people on each of them, they snatched bags and passed through the bridge to Adeniyi Jones then to Ogba, that’s their escape route, we call on the police to assist us in order for us to be secured’’

Fowowawo: Ogun Village where men of the Nigerian Navy allegedly terrorize the residents, sack the Baale