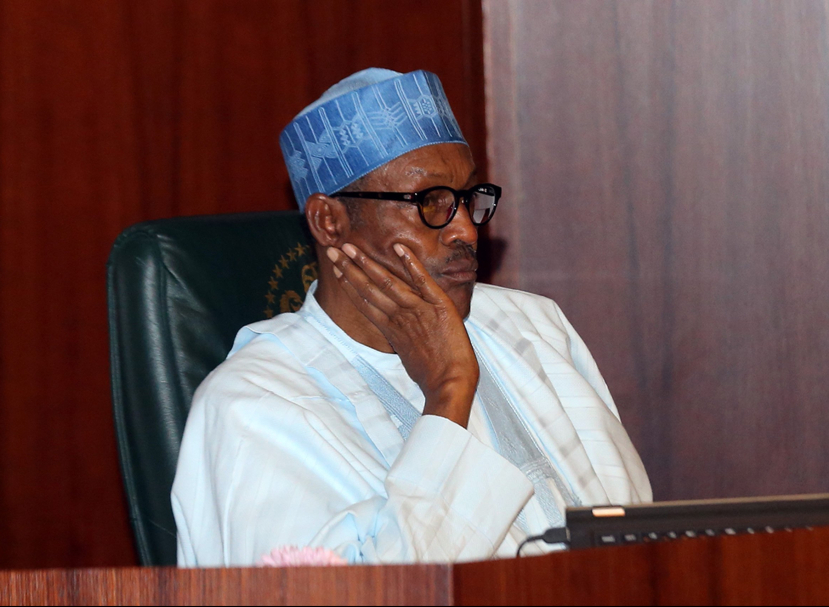 …BLOOD FROM THE TAP.

I am compelled to write yet another instructive piece, the second, 48hours after my widely read and well received OPEN LETTER TO PRESIDENT MOHAMMADU BUHARI, if you haven’t read that, ask Google for a copy. I hear that El Zakzaky is already in India in compliance with the Order of Court, finally, you may say.

This time I am shooting straight, deep, and direct, if you like. The truth is that we must save our nation (a nation I love very deeply) from the precipice. We must stem the slide and push for her salvage from Golgotha. We must put out the fire, and still the rapacious appetite of the ogre. We must deescalate the deafening decibel of war and warmongering, and save Nigeria from the abyss. We must fix the tap that gushes out blood, and cause water to flow, we must allow the waters of brotherhood, of love, of forgiveness, of longsuffering, of due process, of justice, of fairness and of equity, for nothing else will do.

The other day, it was Femi Adesina wailing on TV about how this government is badly misunderstood, and how the class of so-called haters and wailers have grown. Two days ago, just a few hours after my OPEN LETTER TO MR PRESIDENT hit the social space, addressing some issues similar to those raised in my letter, was Garba Shehu Spokesperson to Mr President on Channels TV denying the fact that there are political detainees under Buhari’s watch. See why I have always maintained that the most arduous task in God’s world, is defending the indefensible. Today, the hailers have become wailers.

Remember that popular quote of mine, ‘the lifespan of falsehood is short, and even shorter is the lifespan of propaganda’. So quickly, the chicken has come home to roost. Now, Nigeria must face real issues. The time for blame games is pretty over. Our nationhood is threatened, our economy in comatose, our health care system in tatters, heard that fresh cases of Poliomyelitis have been found in Kwara, and even in the South East, life expectancy an all-time low, so low an average Nigerian is expected to die before he/she is 46, our educational system in shambles, banditry, brigandage and villainy on the rise, crime and criminality now wears the ethnic garb, suicide and suicidal proclivities the new fad in town, and the naira has become one of the least currency of value in Africa, God damn it, even the hailers are listing the tragedies, albeit shamelessly. But all hope is not lost, we won’t give up on Nigeria just yet.

Who do we blame, the Military? The PDP? Jonathan? The APC? Buhari? Or do we blame our Stars, as a people and a nation? Who?

Shooting straight, Compatriots, it is unequivocal that since the end of the Civil War, leadership has failed to grapple with the realistic demands of nationhood. We have left undone that which must be done. Our land is soiled with blood, filthiness and wickedness. We seek growth but groan because we have refused to atone for the blood that this nation has consistently spilled since the First Republic. No nation has ever moved out of the nadir without repentance, penitence and penance. And such penance must be sincere and far-reaching, go check through history, and see.

President BUHARI, Vice President Yemi Osinbajo, Chief Odigie Oyegun, Babatunde Raji Fashola, Dr Itse Sagay, Femi Adesina and many others yet at the precincts of Presidential power, cannot deny my private messages immediately after the 2014/2015 elections on the need for our nation to walk the path of reconciliation, and of national atonement and brotherhood. I emphasized on the need to heal the pain of a highly divisive campaign, on the need for a proactive engagement of the disparate peoples of Nigeria using the instrumentality of the National Orientation Agency to draw down the dividends that accrue from our diversity, on the need to build bridges of brotherhood and of oneness, on the need to atone for the many sins of our nation, and on the need to be true to what we say on paper, but partisans called me an impatient appointment seeker. Today, the things I warned against are here with us. All hope is however, not lost.

But sadly, they will remain with us, even if a thousand Obasanjos, Buharis, Atikus and the likes occupy Aso Rock. Even after a hundred REVOLUTIONS, and even when our best hands ascend power, save and until this nation atones for the murder of her children, mothers and fathers before, during and after the Civil War. Here I’m not just being spiritual or eclectic, I’m being true, factual and realistic. Nigeria must in SEVERAL WAYS say sorry to the victims of the carnage of the 1960s, the victims of the Civil War, and the victims of the senseless killings of the past 5decades. Dismiss this at our own peril. For this cause was I born a year after the Civil War, to help my Country find the pathway to promise. And this is not about me, it is about our nation, for it is NON SIBI SED PATRIAE (please google check it). We can right the wrongs of this nation, and we must do so now so we do not repeat the tragedies of our history.

Have you wondered why we seem to, and indeed hate ourselves so much? Why do we have drum beats of war everywhere as if war is a tea party?Why are we so hateful such that we see drum majors of peace as cowards? Why are we so bent on going our different ways as though some kindred spirits have declared that in secession or separation is the elixir to the many trouble with Nigeria? Why are we politicking with RESTRUCTURING when it is obviously the way to go? Why do we have the highest number of religious movements, sects, denominations and fellowships, but are yet so godless and impish? Why do we have several anti-corruption agencies but cannot helm in corruption? Why do we waste so much importing the things we can produce? Why are we a people like no other?

The REASON we are where we are, is because rather than water coming out of the tap of this nation, we have got blood flowing ad nauseam ad infinitum. One blood unjustly spilled calls for another, and another. And then the Hailers will become WAILERS, and the WAILERS, hailers, as the vicious cycle continues until the needful is done.

Indeed, like we called the 16years of the PDP the years of locusts, the days of the APC presently appear worse, such is our story since 1966, and so it will continue until the needful is done. To those who wonder why I have consistently opposed every government in power, you now have the answer to your curiosity. It has been a journey modeled after the sufferings of the Christ, and a voyage like the arduous travails of the Prophet of Islam, seeking nothing but the betterment of humankind. Yes, I have always done so for the LOVE of COUNTRY, for the LOVE of Africa and for the LOVE of HUMANITY, and this I have done since I was a teenager.

I have never withheld from any government my ideas and intention to help fix our nation, and such was the zeal that led me into the 2011 Presidential contest as a 40year old, and like one of my mentors Nelson Mandela of blessed memory will say, ”…this is a cause for which, if need be I am ready to lay down my life”. To birth and berth a new, peaceful, just and prosperous Nigeria is my unalterable commitment, God helping me.

Nigeria will be great again, and the tap will yet bring out water, not blood, if we do the needful. Let’s therefore break the cycle of HATE, and work together to make real the promises of democracy. God bless NIGERIA.