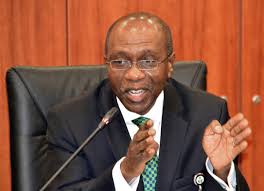 Central Bank of Nigeria, CBN, had announced that (Infra-Co), the N15trn Infrastructure fund that will support infrastructure projects, will be launch next month.

This was disclosed by Governor of CBN, Godwin Emefiele at the 4th annual banking and finance conference by Chartered Institute of Bankers of Nigeria, CIBN, yesterday in Abuja.

The company whose establishment was approved by President Muhammadu Buhari in February, is expected to get its initial seed capital from the CBN, the Nigerian Sovereign Investment Authority, NSIA, and the Africa Finance Corporation.

He stated: “InfraCorp would enable the use of mostly private capital to support infrastructure investment that will have a multiplier effect on growth across critical sectors.

“The purpose of the N15 trillion being raised is to address some of our infrastructure needs while providing reasonable returns to investors.

“We believe this well-structured fund can act as a catalyst for growth in the medium and the long run. The support of the banking community will be important in achieving this objective.”

On the establishment of NIFC, Ememfiele said: “The NIFC will act as an international gateway for capital and investments, driven by technology and payment system infrastructure.”

According to Emefiele, the NIFC, when operational, will be a 24-hour financial centre that will complement London, New York, and Singapore financial hubs.

He noted that the NIFC would complement other CBN efforts, such as the Nigerian Commodity Exchange and the National Theatre’s creative hubs for Nigerian youths, as well as the e-Naira project, which will be launched in October 2021.

“The NIFC will take advantage of our existing laws such as the BOFIA 2020, NEPZA and other CBN regulations to create a fully global investment and a financial hub where monies, ideas, and technology will move freely without hindrance,” Emefiele added.

Meanwhile, the Vice -President, Yemi Osinbajo, speaking at the event, stressed on the need for infrastructure development, saying that inadequate housing finance model among other challenges, is hindering the achievement of the federal government mass housing Programme.

SCOA Boss Commends Unity Bank, Others for Facilitating Supply of N15.5b worth of Trucks, Equipment to Julius Berger