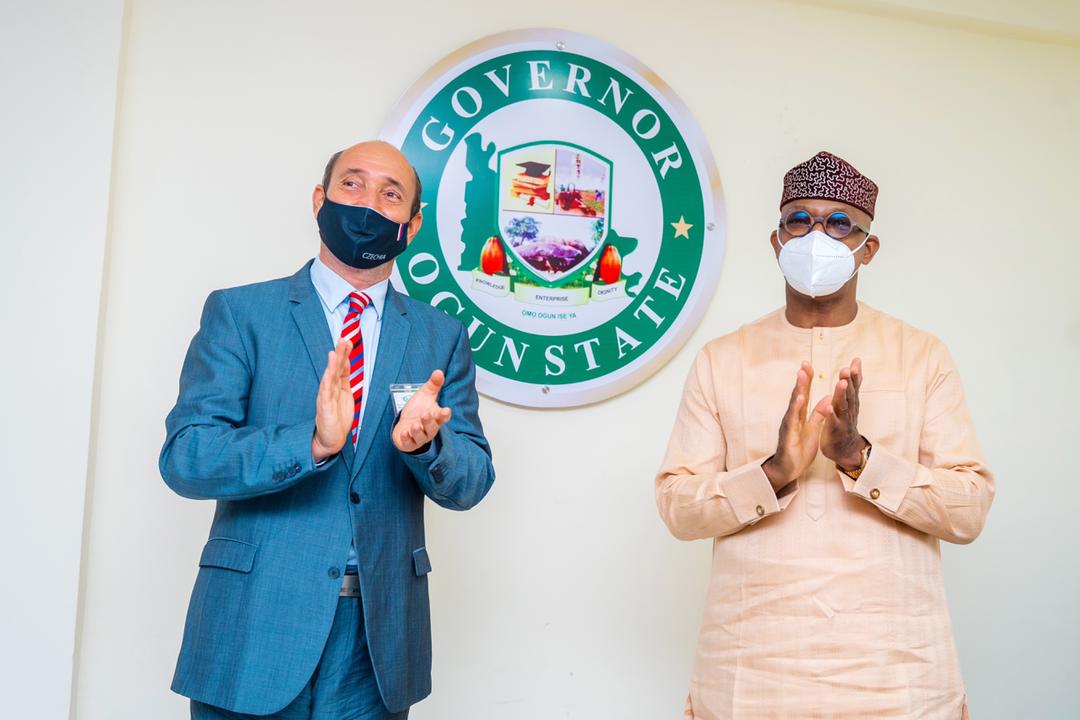 The Ogun State government on Tuesday took delivery of medical equipment worth N194m from the government of the Czech Republic.

The equipment includes fifteen ICU beds, an incubator, children’s cribs, a generator, and a phototherapy machine.

Handing over the equipment, the Czech Republic Ambassador to Nigeria, Marek Skoll, to the state governor, Dapo Abiodun in his office, Oke Mosan, Abeokuta, expressed his home government’s delight to support and partner the state government, particularly in the area of health development.

Skolil added that the Czech Government is concerned about how Nigeria, being the centerpiece of the regional architecture of the African continent, was not developing not only in terms of infrastructure but also in terms of human and social well-being.

The Ambassador who noted his country’s industrial development, mechanization of agriculture, and the health sector, commended the state government for the role it played during the global pandemic.

While also noting that the Czech government was bringing an Intensive Care Unit (ICU) center into Ogun, he expressed the belief that the center would help the state government to further develop its healthcare sector.

In his remark, Governor Dapo Abiodun commended the Czech Republic for donating the ICU Unit beds, incubator, children cribs, a generator, and a phototherapy machine to the state.

“I am glad that at a time when we needed you the most, you chose to support us as a state and a country by extension.

“I want to personally appreciate that gesture of donating fifteen ICU beds, an incubator, children cribs, a generator, and a phototherapy machine to us in Ogun State, we appreciate your kind gesture, the equipment is estimated at $47,000; this donation is deeply appreciated,” the governor said.

Abiodun, while also calling for collaborations in the area of engineering and air surveillance from the Czech Government, said his administration since it came on board had been able to remove all forms of administration bottlenecks, through business-friendly policies.

“We know you are quite experienced in the area of engineering, infrastructure, and agriculture, those are areas, I am so optimistic we can collaborate on. We are looking to deploy air surveillance across the state in terms of using drones, we can also collaborate in this area, as we see security as an important part of our administration,” Abiodun added.

“What we want to do is to provide enough ambulances to make that operational, we are providing ambulances in the primary health care centers, tricycle ambulances for pregnant women in that neighborhood, we are rehabilitating the centers so that they give our people the confidence. At the end of this month, we should have about a hundred of those in place, which is about five per local government, we are hoping to do two-hundred and thirty-six between now and the end of next year.

“We are hoping that once we have our Primary Health Care Centers in place, we can launch our health care Insurance Programme as well,” Abiodun submitted.

Also speaking, the Commissioner for Health, Dr. Tomi Coker, commended the Czech Republic Government for its numerous support to the state.

She disclosed that the medical equipment would be installed in Ijebu-Ife, one of the local communities visited by Ambassador Skolil.