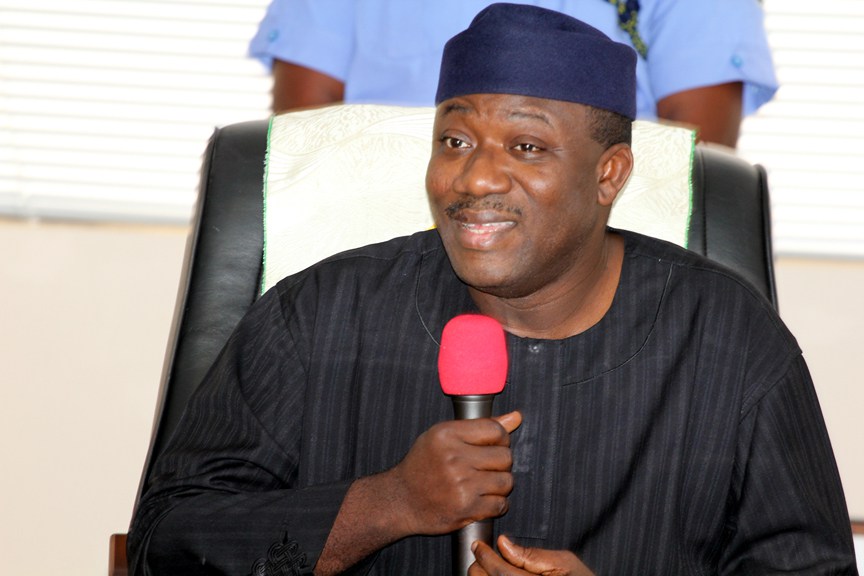 Ekiti State government on Wednesday distributed cheques worth several millions of naira as gratuities to 52 pensioners in the State as part of steps taken by government to gradually defray the backlog of gratuity owed the retirees.

The State Governor, Dr Kayode Fayemi who handed out the cheques in Ado- Ekiti, restated the commitment of his administration to bringing succour to the State workforce and pensioners by prioritizing their welfare in spite of the dwindling resources accrued to the State.

The Governor who was represented by his Chief of Staff, Hon. Biodun Omoleye said the commitment of his administration to the welfare of pensioners is evident in the increase in the fund earmarked monthly for the defraying gratuity from #10 million to #100 million in order to accommodate more beneficiaries.

The 52 beneficiaries of the cheques were retirees from local government and primary schools.

Governor Fayemi explained that the exercise would have come earlier if not for the advent of global Covid-19 pandemic that affected the socio- economic activities.

While reiterating that his administration would not renege on the promises made to Ekiti people, Fayemi assured the pensioners that the exercise would be a continuous process, as government is concerned about the general well being of its citizens.

The Governor said: “It is common knowledge that we inherited backlog arrears of unpaid entitlements from the past administration. However, we are conscious of the fact that government is a continuum. Therefore, we are facing the challenge of offsetting the arrears headlong against all odds.

” The present administration is not oblivious of the hardship, pains and challenges being faced by our senior citizens, as a result of the backlog of unpaid benefits in the past. We have therefore resolved to face the challenge and make our people happier. By the grace of God, despite the little resources available to the State, our administration will continue to bring relief to the entire workforce and the retirees”, he said.

While allaying the fears of those who are yet to get their entitlements, the Governor assured that the monthly payment of gratuities would be based on “first to retire, first to be paid” as government would not give room for favoritism in order to preserve the sanctity and sanity of the exercise.

Dr Fayemi who expressed the possibility of increasing the monthly funds for the payment of gratuities when the financial capacity of the State increases, urged those who have not got their gratuities to keep faith with his administration.

He urged the beneficiaries of the distributed cheques to make judicious use of the money.

“For the umpteenth time, I want to allay the fear of those pensioners that are yet to collect their own gratuities not to be disturbed. By God’s grace, you will use your hands to collect yours very soon. I promised that our payment on first to retire, first to be paid would be maintained. This method would be sustained for the sanctity and sanity of the exercise devoid of favoritism. I urge the beneficiaries of this exercise to plan with the money and prudently utilize it for a blissful retirement”, Fayemi said.

Investment in a COVID-19 World: What you must know and do (Conversational chat session)