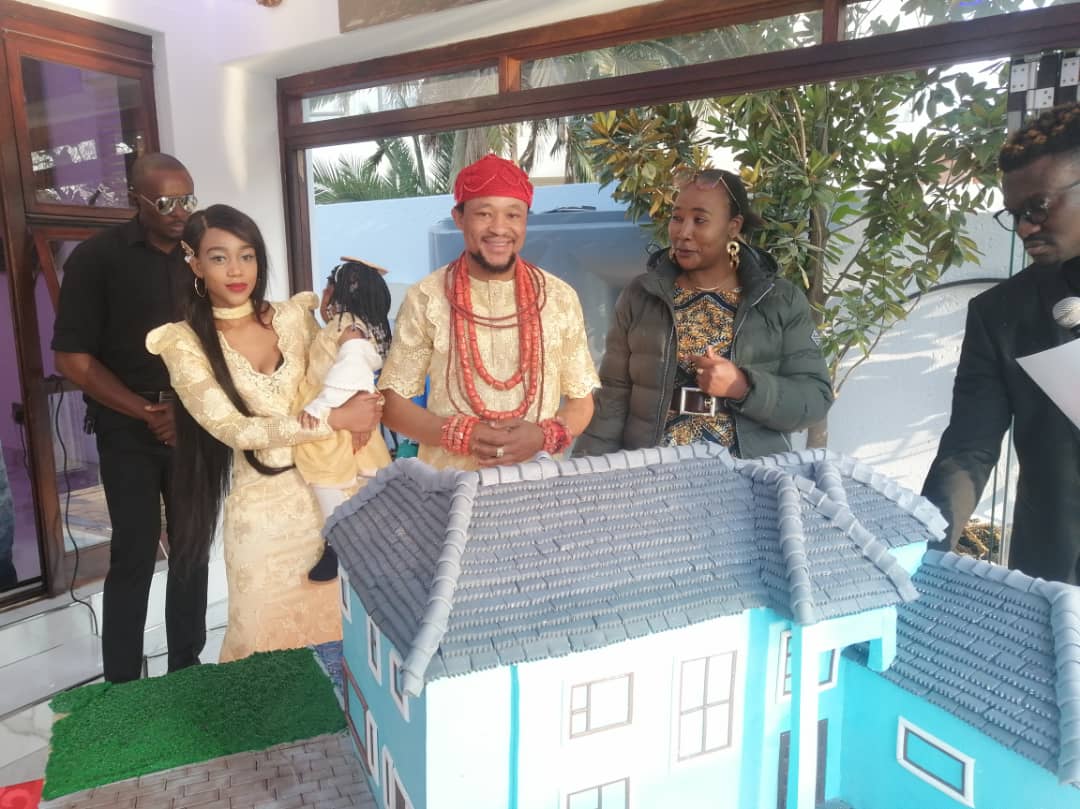 Friends, family and Celebrity journalists from Nigeria gathered at the Royal River Palace at Royce Road Bryanston, Johannesburg to celebrate with His Royal Highness, Iseghohimen Dennis aka King Brutus for his house warming and Birthday celebration.
The event kicked off with the grand entrance of the celebrant, King Brutus whose dressing connote Army General and the opening prayer was said through a recorded audio prayer from his late father.
There were good will messages from family and friends who commended the humility and humanitarian gesture of the CEO of NAS Auto. Guests pointed out that despite the fact that the celebrant is very comfortable in South Africa, he’s always in contact with the ibile community where his foundation has placed most elderly people on salary and free health care.
The high point of the event was the cutting of the giant cake a prototype of the Palace. King Brutus was ably supported by his lovely wife and the event was anchor by Mc Rich Man who thrilled the audience with rib cracking jokes.
There were lots of choice wine to drink and lots of food to eat at the tap of your fingers. Here are the pictures of the event.

Related Topics:FeaturedKing Brutus
Up Next

ENDSARS: CDHR Calls For Release Of Baby delivered In Prison