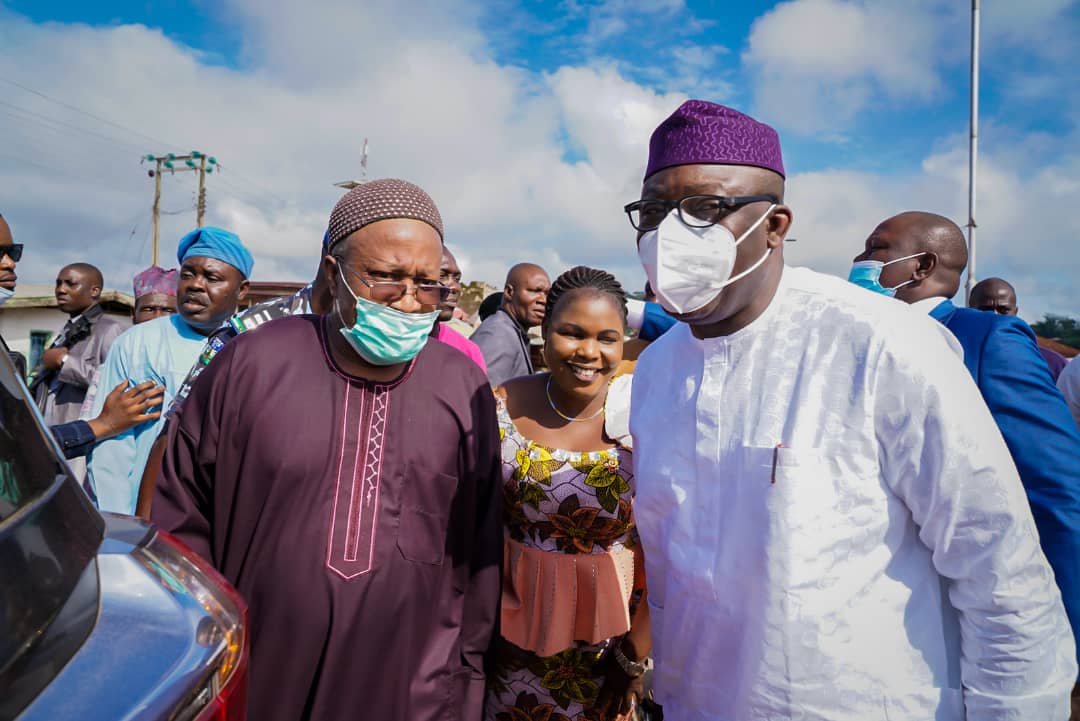 Governor Fayemi gave the directive at the palace of Alawe of Ilawe , Oba Adebanji Alabi, in Ilawe Ekiti on Friday morning when he visited areas of the town affected by flood.

The Governor who empathized with the Alawe and the people of the town assured them that the state government would provide succour for those rendered homeless by the flood.

The palace of Alawe, some residential homes and farmlands were affected by the Thursday flooding as a result of heavy downpour in the town.

Dr Fayemi who went round the town to ascertain the level of damage done by the flood, lamented that some citizens were still fond of dropping refuse and waste on water ways and drainages, a situation which usually lead to flooding whenever it rains.

He urged the people of the town to imbibe the maintenance culture and desist from acts that are capable of endangering their community.

The Governor assured that his administration would continue to put into place measures that would ameliorate the effect of flooding on the lives and properties of the people of the State.

#EndSARS: LAGOS DEPUTY GOVERNOR ENGAGES PROTESTERS IN ALAUSA, ADVISES THEM NOT BE DESTRUCTIVE