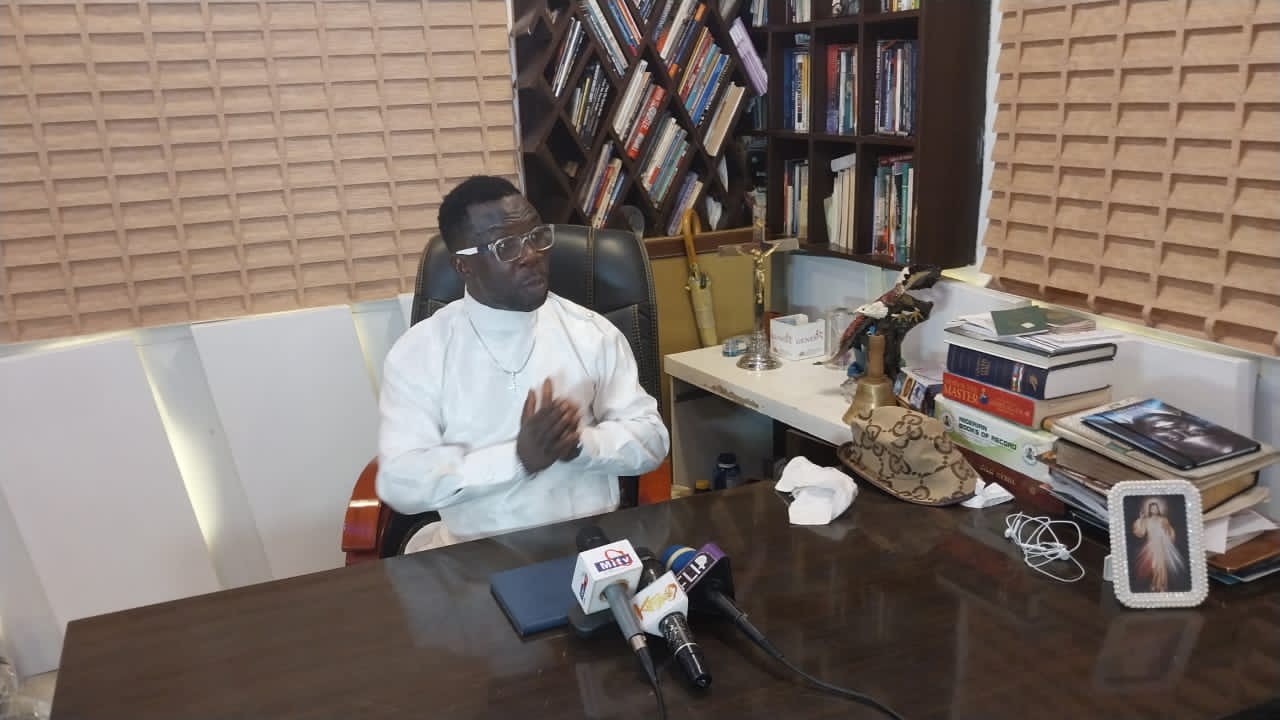 While speaking on the theme, Prophet Israel Oladele Ogundipe, popularly known as Genesis, reveals why the church has tagged the 2022 harvest as “Strange Mercy”. He said, strange mercy is what you receive that it’s beyond your efforts, understanding, expectations, and thoughts. When you enjoy favour without struggles, it’s called mercy.”

Prophet Israel Oladele Ogundipe, however, revealed that all that he has been through has now becomes history as divine transformation has occured with strange mercy.

During an interview with the Prophet, he advises youths across the globe, to discover themselves, invest in themselves, and they should not be naive.

“Do not be controlled or ruled by your thoughts or the circumstances going on in the country, see yourselves as a game changer and a territory taker.” He states.

The harvest took a new dimension as the evergreen music legend, Evangelist Ebenezer Obey ministered in songs alongside other artistes. 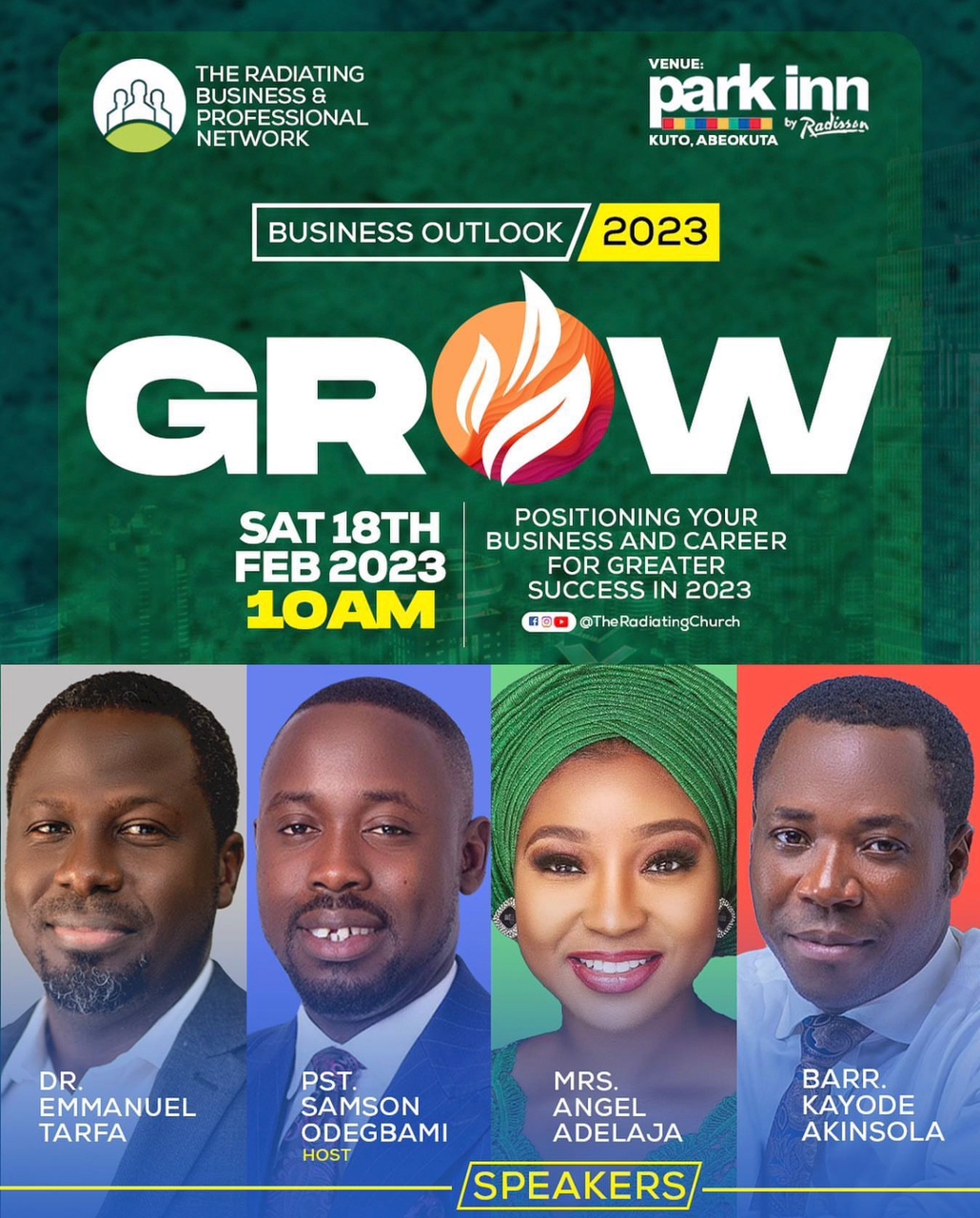 The Radiating church has announced its annual business outlook which is scheduled to hold on Saturday 18th February, 2023 at 10am.
This year conference is billed to hold at the Park inn by Radisson blue, Kuto at Abeokuta, Nigeria and it is themed ‘GROW’
The annual business outlook aims at developing the effectiveness of career attendees as well as sharing blue ocean strategies for young business owners.
According to the statement issued by the Cosmopolitan Pastor of the church who is also the host of the business conference, this year conference promises to have an array of speakers like Dr. Emmanuel Tafa, Barr. kayode Akinsola, a business lawyer, Dr. Angel Adelaja, a senior special assistant to the governor on agriculture among other speakers which are drawn from various sectors of the economy.

Grace Nation: God is not Rich, Wealthy nor Poor, but own Everything on Earth including Human Beings – Dr Chris Okafor 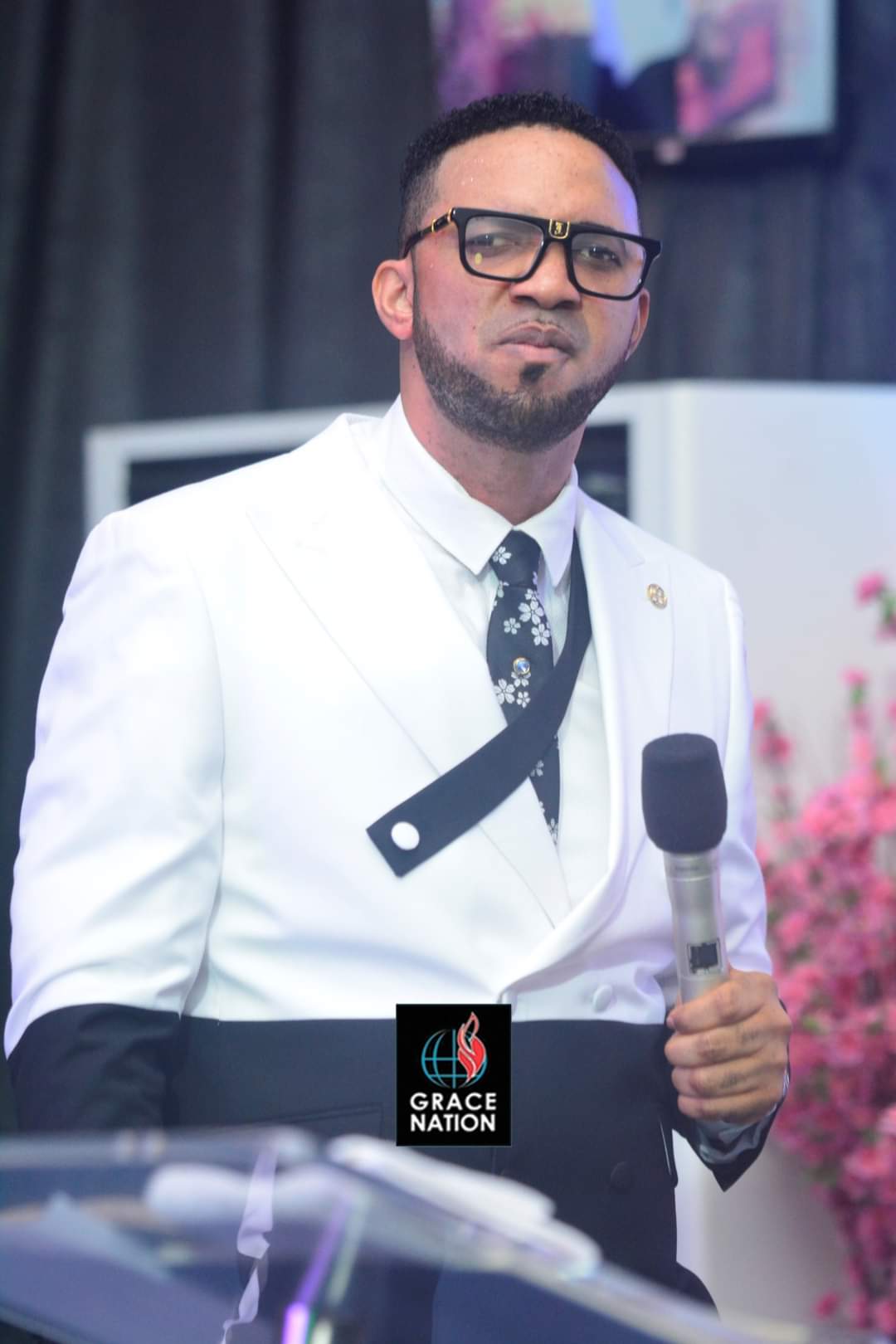 Grace Nation: God is not Rich, Wealthy nor Poor, but own Everything on Earth including Human Beings – Dr Chris Okafor

* Unfortunately today, what is called Honour has died in the Church….Okafor

These and more are part of the teaching of the Lead Pastor of Grace Nation International aka Liberation city Dr Chris Okafor at the Sunday convenant day of wealth Transfer on 5th February 2023,at the International Headquarters of the church in Ojodu Berger Lagos Nigeria.
Teaching on the Topic “The Misery of First Fruit” taking from the Scripture Proverb 3:9,10, the Generational prophet of God Dr Chris Okafor emphasised that God says those that Honour me, he will Honour but those that dispersed him, they will suffer, unfortunately today in the church what is refer to Honour in the vineyard is dead, the Man of God continue that the kingdom of heaven is  a misery, it takes misery to demystified the Misery, therefore when you are knowledgeable to understand this misery, everything becomes good to you, it takes man of integrity to understand the misery behind the first fruit sacrifice, when you obey the instructions of first fruit everything you do throughout the remaining months and days of the year become a plus to your breakthrough and Success throughout the year.
The Generational prophet of God as he is fondly called Dr Chris Okafor Also remarked that God is the source of everything on this earth, everything belongs to him, so if there is anyone we must not play with is Almighty God, He is not Rich, nor Poor but everything on this earth Belong to him. If he directed that you must bring your first fruit to the vineyard, he know why he has given this instructions, if you Honour your God with your sustain, it trigger God to do more for you because he owns everything.
Earlier at the realms of Prophetic, God uses his Servant, the Generational prophet of God Dr Chris Okafor in a new dimensions, he was seen doing what he know how to do best, mentioning people’s name accurate, describing roads to people’s House in the village, exposing the acclaimed strong man behind people’s predicament, He also exposes evil altars and the one serving them, depopulating the kingdom of darkness therefore making the kingdom of God Popular.
Miracle Babies were given to expectant mothers, while bloodline diseases and inherited battles give way. Also lawful captive were set free.
The Generational prophet of God Dr Chris Okafor also used the occasion to pray for the nation and for a successful General Election in Nigeria, as the man of God charges Nigerians to vote there conscience because that alone will guarantee a better Nation for all in the next 8 years, let’s all Nigerian go out enmass come 25 February 2023 to vote for a leader that will bring back Nigeria lost Glory as the Giant of Africa, Dr Okafor remarked 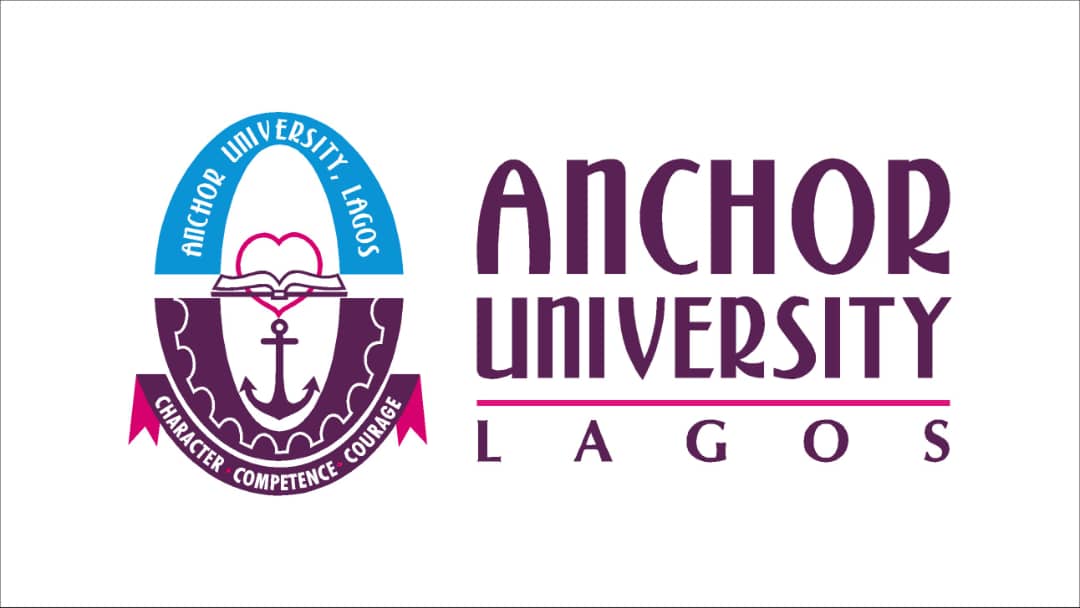 The Deeper Life Bible Church has announced plans to immediately commence the construction of the permanent campus of its Anchor University on the more than 20-hectare parcel of land earmarked for the project in Maba Town, along the Lagos-Ibadan Expressway. The project site is part of a large expanse of land belonging to the church and already housing several structures, notably the Deeper Life Camp among others.

To this end, the Church has directed that all illegal structures, machinery and other personal possessions on the concerned parcel of land be immediately removed by their owners, as failure to do so immediately could lead to their demolition.

At a recent media briefing in Lagos, the Church said the take-off of the project had been delayed by the need to give all illegal occupants of parts of the project site ample time to voluntarily vacate the land, even though the Ogun State High Court had granted it Order of Demolition to remove all such structures as far back as April 2022.

The Order of Demolition was granted by Justice Abiodun Akinyemi on April 4th, 2022 in pursuant of an earlier ruling by the same court on July 15th, 2016 in suit number AB/251/2008 wherein the church, as claimant, was granted declaration of title, damages for trespass and perpetual injuction, among other reliefs, in respect of the land in dispute. Also, following the subsisting 2016 ruling of the court, a warrant for possession to complete the process of right of legal possession of the said land by the church was granted on 8th May 2017 and executed via a writ of possession dated January 1st, 2018.

The Inspector General of Police had also directed the Ogun State Police Command, in a letter dated 21st June, 2022 with reference number CB:3594/IGP.SEC/ABJ/VOL.9/28, to provide the church with all police facilities required to aid the possession.
The IGP’s directive followed a request made by the Church’s legal representatives for police presence and supervision of the execution of the order of demolition granted by the honourable court. The request was made via a letter dated 20th June, 2022.

Addressing the media at the Church’s Headquarters in Gbagada, Lagos, Chairman of the Church’s Land & Building Committee, Pastor Alfred Oghene, noted that as a humanitarian organisation, the Church had acted responsibly in giving a long period of notice and waiting for an appreciable time for all trespassers on the land to voluntarily leave before its current decision to execute its court affirmed right to repossess the illegally converted portions of the land.

“There is no dispute on the land because the last appeal on the matter of ownership was filed and disposed of in the church’s favour in 2017. In 2016, 2017 and even 2022, the rights of the church as the sole owner of the land have been affirmed by the court.

“As far back as 2018, the church has secured the Certificate of Occupancy on the land and has been discharging its financial obligations to the state government as spelt out in the C of O.
However, because of the kingdom attuned nature of our organisation, we have had to embrace a more conciliatory and pedestrian approach in driving off the illegal occupants on the land”, he explained.

Pastor Oghene stated that the church could no longer afford delays in repossessing the land because the project for which it was meant now needs it urgently. He therefore restated the church’s warning for all trespassers to immediately clear their illegal structures from the land or risk having them demolished.

According to him, “All the projects of the church for which the lands were foresightedly acquired are now at a stage that inform our need to repossess immediately. We have exhausted our patience and there is no time to waste again. So, we have resolved to move men and equipment to the sites to commence work. All structures or objects that have not been removed by their owners will not be spared”.