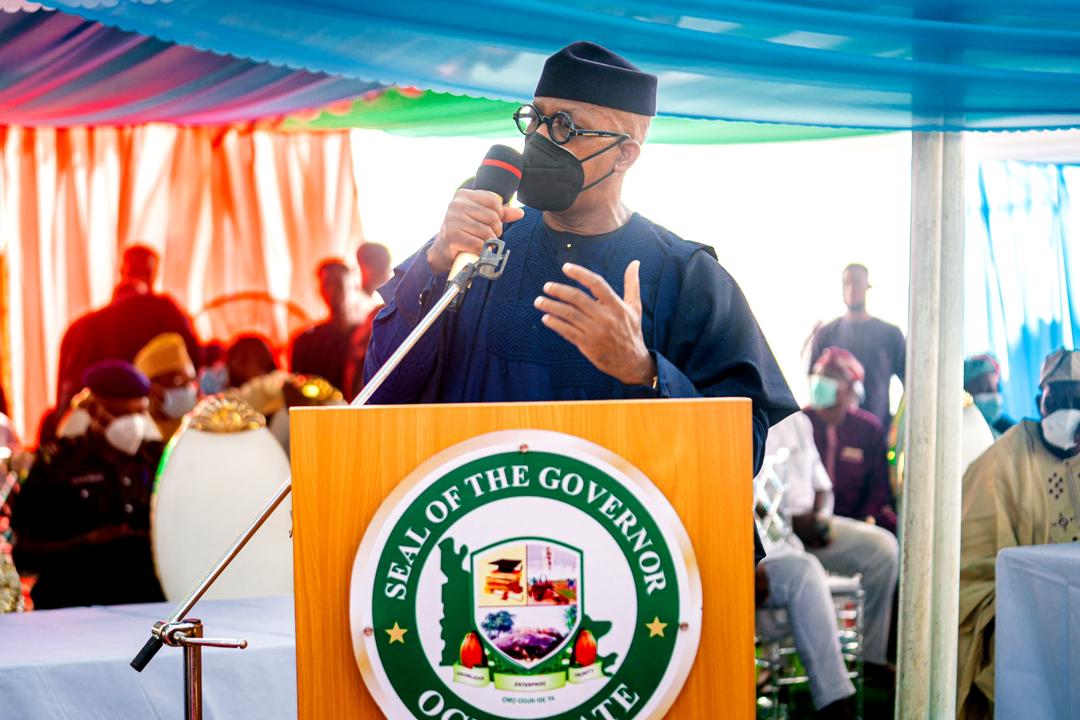 Governor Abiodun rebuilds Oja Odan primary school- Sequel to the directive of the Governor of Ogun State, Prince Dapo Abiodun, the construction of a block of classrooms has begun in Community Primary School, Ilupeju, Oja Odan.
The Governor had earlier directed that the building be immediately constructed to alleviate the sufferings of the pupils and community.
The school, founded by the community was taken over by the previous administration and had been left unattended to, prior to the assumption of office of the present administration.
The last administration had abandoned the community school since 2015 when academic activities took off.
As at the time of filing this report, the foundation for the block of classrooms had already been laid in line with the position of the Governor on education, especially on the provision of adequate learning infrastructure for pupils and students.
The intervention makes the school one of the over 900 that have so far been renovated across the State by the Dapo Abiodun Administration since it came on board.
It would be recalled that Governor Abiodun had on assumption of office, declared a state-of-emergecy in the educational sector.
https://youtu.be/oIvLERka7mw
READ  Community Policing: Fayemi makes case for police reform, need to address trust issue

Expectant father stabbed to death by his neighbour By Ifeoma Ikem