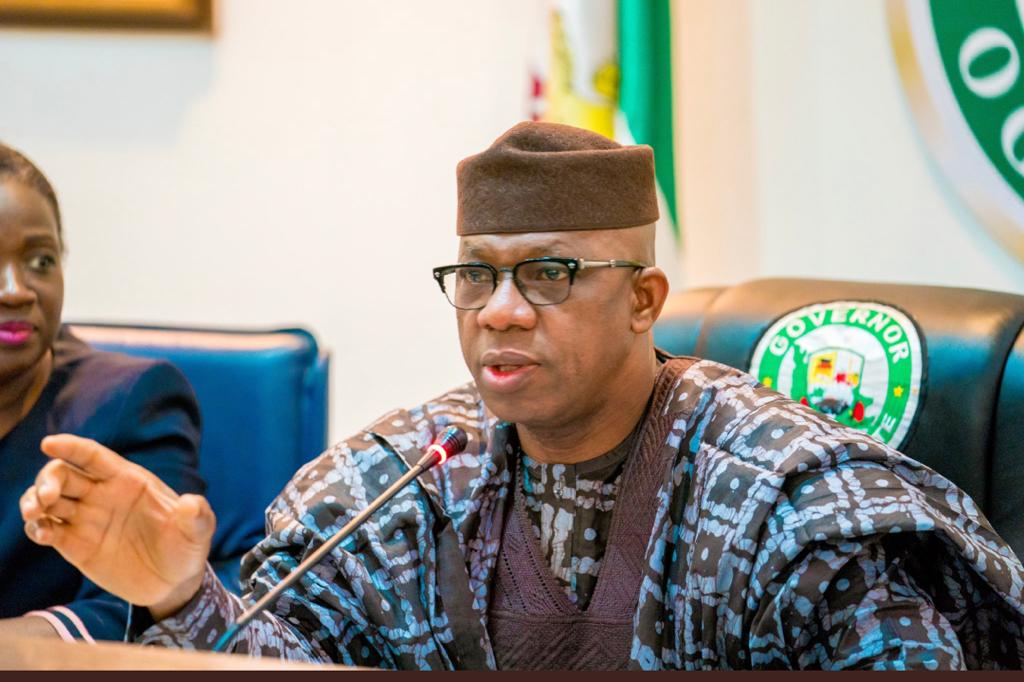 Of a truth, governance is one of the most difficult tasks to carry out in today’s world, so many things are attached to governance.

Most leaders believe in publicizing whatever they ‘achieve’ through the act of governance and this has further dampen the knowledge of citizens on Governors.

Surprisingly, a new dawn has hit the gateway state, Ogun state under the governance of Dapo Abiodun who has brought back the real meaning of Governance to the people.

His Excellency, Dapo Abiodun is arguably the most hardworking governor in Nigeria at the moment, unfortunately, he believes in his works speaking for theirselves and this is why we don’t get to see them on front page of newspapers and in the public scene.

Dapo Abiodun came in with a plan he tagged ‘Building Our future together’ and no doubt, all he has done so far can be traced to this.

One of the things he has successfully carried out is the water scarcity in Ogun state, Abeokuta Precisely. Anyone who has lived in the state capital will attest to the fact that water is seen as gold there ad the water corporation in Arakanga, Abeokuta North LG isn’t helping matters.

Having a pumping capacity of 103.68million litres per day, yet, residents within the area where the water corporation is still suffer water scarcity.

His excellency recently embark on an assessment tour of the corporation in January and ordered that water be restored and faulty transformers be repaired immediately. Now, the once water-deprived community now have it in excess.

Also, every ogun state resident would attest to the fact that the governor has ensured compulsory repair and construction of roads especially in the rural and township areas.

The governor had earlier stated that he will make movements easy between Lagos and ogun state, promised that roads linking ogun to neighbouring state would receive prior attention.

To carry this out, the governor quickly set up  Ogun state public works agency and the rest is history.

In a way to also ensure the roads are not damaged anytime soon, the commissioner for works and infrastructure, Engineer Ade Akinsanya pointed out that the state government had begun the redesigning and proper channelization of drainage in different parts of the state.

One of the major roads that has seen the working hands of the governor is the Ijebu-Ode-Epe-Road which had been abandoned by road users due to the failed promises of previous administrations to repair it.

Furthermore, to alleviate poverty in the state, Governor Dapo Abiodun set up an empowerment initiative, Oko-Owo Dapo to provide funds for SMEs across the state.

At the moment, over 2000 women have benefitted and it is envisage to have 100,000 beneficiaries before the end of the first administration.

To reduce unemployment rate in the state, Ogun Job portal was created to link the state:s unemployed youths with matching job opportunities in the labour market.

In a bid to make the state digitally inclined, the governor created the Ogun Tech hub and science, technology, Engineering and Mathematics (STEM) center located along Kobape Road, Abeokuta Expressway. It housed a sprawling tableau of ICT experts, trainees and gadgets.

The developments isn’t limited to some certain establishments alone, higher institutions of learning aren’t left out.

In Olabisi Onabajo University, Ago Iwoye, the largest information and communication technology (ICT) centre in any Nigerian University has been built, it can house 3,000 persons, has computers, printers, Free Wifi, and training programmes required to make learning activities conducive.

In OOU, roads are being reconstructed, the best graduating students was offered automatic employment, also in Tai Solarin College of education and Federal Polytechnic, Ilaro.

Education was also made free for pupils in primary and secondary schools which implies that the N3,700 levied on students and some other fees has to stop.

In the health sector, Olabisi Onabanjo University teaching hospital , OOUTH, Sagamu , has been renovated and is almost not recognizable due to the several development that has occurred there.

The same institution is also where the disease surveillance Notification centres (DSNC) was sited to serve as a rescue point incase of any outbreak.

As regards security, Firstly, he inaugurated the Security Trust Fund committee headed by Bolaji Balogun, Chief Executive Officer of Chapel Hill Denham, one of Nigeria’s pre-eminent investment banking firms, to source funds for the acquisition and deployment of security equipment, personnel gear and other resources necessary to prevent crime and preserve public peace in Ogun State.

The committee is also to promote the synergy of all security agencies in the state and mobilise support in cash or kind from public and private sources in a transparent and accountable manner.

Secondly, the governor signed into law the State Security Trust Fund Bill. Thirdly, he procured 100 Patrol Vehicles and 200 Bikes to aid the activities of law enforcement agents in the state while reiterating his support for efforts and ideas that would make Ogun a crime-free state.

Also, the personality of Governor Dapo Abiodun is one of peace. Most people who posed to be his rival from other partied and even within his party were seen as friends by him. He runs an inclusive government which embraces politician from other parties all for the progress of the state.

Governor Dapo Abiodun in 10months has achieved what some didn’t achieve in 8 years.