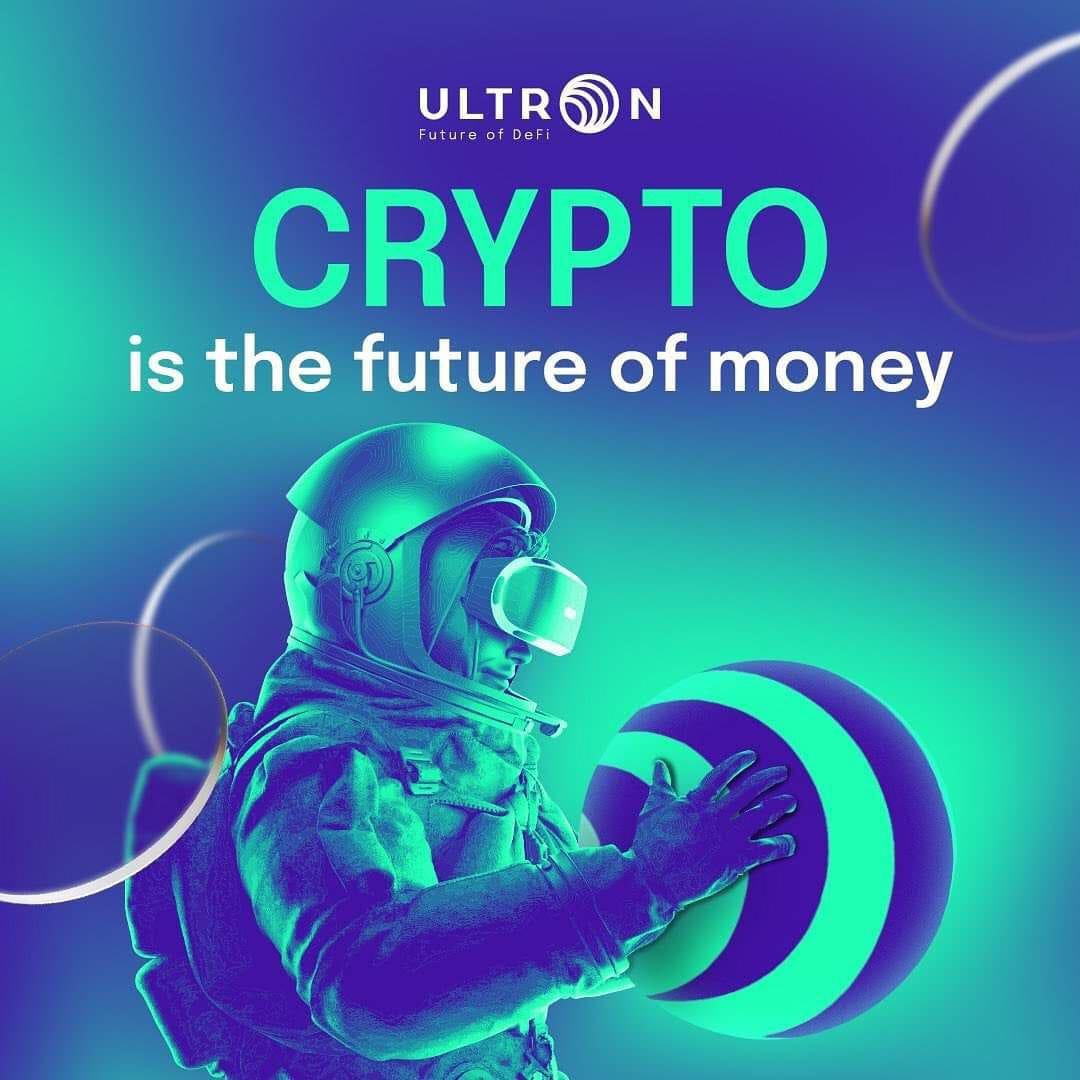 In the crypto space, one guaranteed way of making it very big is by, buying early into a very good crypto project, holding that coin for a couple of months, or a couple of years, watch the price sky rocket, and experience amazing financial transformation in your finances 🤩🤩💰💰💰

Trading, and holding of coins for a very long time, can make you extremely rich in the Crypto space, but nothing beats being a pioneer or an early adopter of a very good crypto project.

Now, there are some factors that you look at for, to know a very good crypto project to invest into, and one of them is, the team behind the project.

Another thing you check out for when looking for a good project is, what solution is the project bringing into the crypto space. Ultron blockchain is a layer one blockchain network, which in essence means that, Ultron has the capacity to host other networks, or projects on it’s protocol. We have over 20,000 cryptocurrencies, but only about 150 layer one blockchain networks. Projects need layer one blockchain for their operations and that’s why networks like Ethereum, Bnb, Polygon, and Fantom, are always relatively stable, or growing in price, no matter how bad the cryptocurrency market might be. Also, Ultron blockchain has come to solve the issue of slow transaction speed, and high transaction fees. Carrying out of transactions on some blockchain networks, are quite slow, and very expensive, but on the Ultron blockchain, transaction are extremely swift, and transaction fees are quite negligible. So with this, not only will many users be drawn to utilize the ultron network, lots of other projects will be attracted to deploy their protocols on the ultron blockchain, and this will provide massive liquidity to the project, and more utility for the native ulx coin. No wonder the price of ulx has already moved from $0.01 initial launch price in June, to $0.10 currently in a space of just three months (the one year price projection of ulx coins is $1).

In the Crypto space, there’s a particular trend that is in demand at any given point in time, and currently, we are in the season of nfts and metaverse, and that’s why the Ultron blockchain is basically designed to accommodate metaverse projects, and revolutionized the metaverse industry. They are in partnership with the best metaverse designers which is Devla, and are currently creating a mind blowing metaverse soccer ⚽ game.

How to buy a staking hub nft package

Related Topics:BlockchainCryptoUltron Layer
Up Next 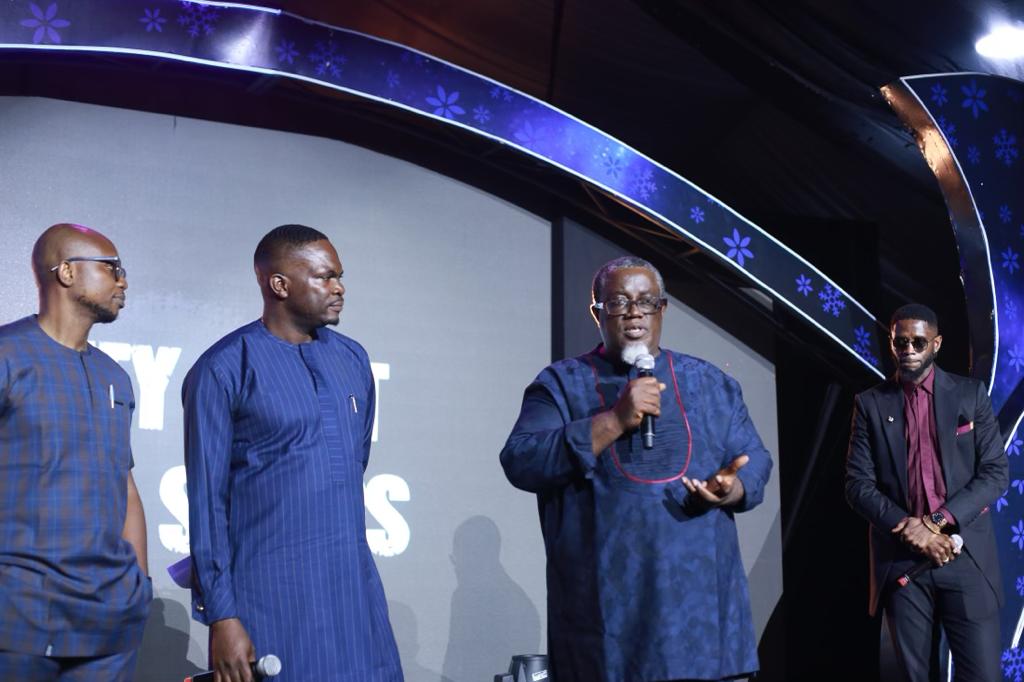 Wonderland Lagos is made up of four villages, all existing solely to deliver an overwhelming holiday experience of excitement and delight to guests. These villages include Qatar Live in Wonderland Lagos, Christmas in Wonderland, Wonder X and Wonderland Market all in one venue, Eko Energy City.

At the unveiling/launch of Wonderland, which took place at Eko Energy City, Lagos, Co-founder Wonderland and CEO Balmoral Group, Ezekiel Adamu explained that Wonderland Lagos is out to be an enchanting experience for guests during the fun-filled festive season. He also pointed that the four different villages otherwise known as ‘Four wonders’ delivers its own unique experience to every cadre of guests as it cuts across the different age, gender, and social group. “The different villages makes a wholesome experience for every individual; from the kids to the teens, young adults and even our mummies and daddies, everyone is definitely catered for in Wonderland Lagos”, he said.

Also speaking at the launch event, Vinni, Co-founder Wonderland Lagos, expressed his excitement for the project as he noted that this is about to change the holiday experience in Lagos, Nigeria.

According to Vinni, Wonderland Lagos – the city that never sleeps would open doors to guests on 1st of December 2022 and run various activities across all four villages till January 2nd, 2023. “This is the biggest, never seen holiday experience coming to Lagos with this maiden edition and take on Africa at large”, he added.

The event which saw the attendance of HNIs and celebrities amongst which is Chimwemwe Chalemera, Country Director, Department for International Trade, British High Commission Lagos who showed her support and that of the commission towards Wonderland Lagos 2022. “The project is a really exciting one, as a Department for International Trade, one of our focus is to increase trade and investment between UK and Nigeria, and one of the sectors we are looking at is the creative sector and we have really done a lot in that sector, and we are really excited to see how we can get involved in this and support the success of Wonderland”, she said.

In the spirit of giving a unique experience to its guests, Wonderland Lagos would be using its own currency- Flakes. Each flake is equivalent to the naira value, and this would be the currency for every activity/payment in the Wonderland. Also, in contributing to the hospitality for visitors, particularly tourist and travellers from other states to the city, a tower of 110 fully furnished apartments of different specifications is ready and available to receive guests. 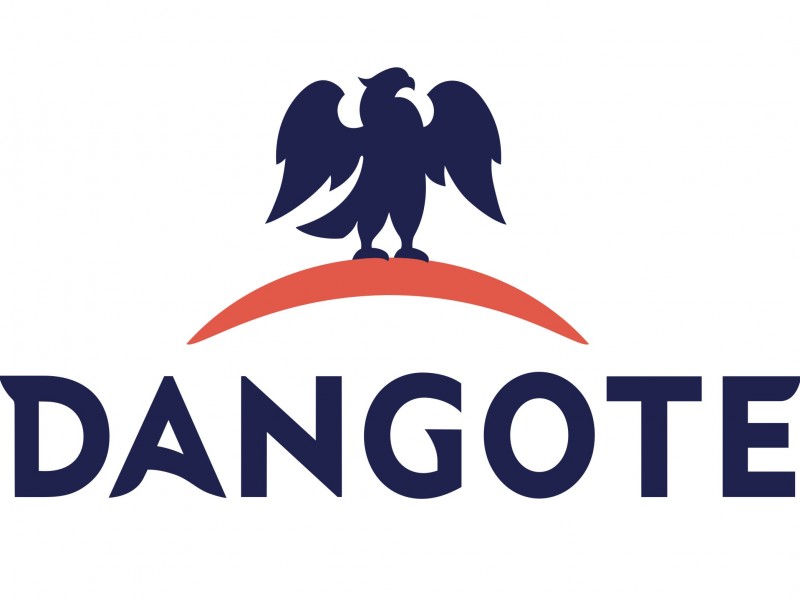 In the same vein, two subsidiaries of the Conglomerate, Dangote Cement Plc and Dangote Sugar Refinery Plc also received awards of the renowned Marketing Edge magazine’s Brands of the Decade.

While the EMEA awards were given by the Nigeria’s Daily Independent Newspaper and its BusinessDay Ghana counterpart, the Brand of the Decade for Dangote Group subsidiaries were received at the 10th edition of the leading brand magazine, Marketing Edge’s 2022 Summit and Award Night themed “Technological explosion in the digital Age – Imperatives for the marketing communications industry”, which held in Lagos.

It was a gale of accolades as the Dangote brand was named number one brand by all standards with its Sugar and Cement brands as the two brands, which company has contributed tremendously to the infrastructure development not only in Nigeria but Africa in the last 10 years.

Speaking at the event, Mr. John Ajayi, Publisher/CEO of Marketing Edge Publications described this year’s awards as one with a special attraction and uniqueness, designed to reboot, restart and re-energise the social, intellectual and entrepreneurial landscape of the Nigerian Integrated Marketing Communication (IMC).
While eulogising the management of Dangote Group for the business strategy that has helped in positioning the brand well ahead of others in the industry, he explained that the award event was organised to “celebrate the best and brightest brands”

According to him, the award to Dangote brands are in recognition of its leadership and domination in the various market segments and categories, adding that the recognised brands are brands that “continue to make the Nigerian consumers happy and satisfied”.

The Marketing Edge publisher, while giving the business trajectory of the past 19 years, saluted the various winners and their managements for their roles in making Nigeria proud, citing an instance of how Dangote Cement and Dangote Sugar have made Nigeria self-sufficient in cement and sugar production.

In his response to the new awards, Mr. Anthony Chiejina, Group Chief, Branding & Communications Officer, Dangote Industries Limited (DIL), said the Group’s brand remains at the forefront of African enterprise and that the brand, since inception, has touched the lives of many by providing their basic needs.

Expressing gratitude to the management of Marketing Edge publications for the recognition, Mr. Chiejina explained that consumers are loyal to brands that are purposeful and that is “why we have designed a strategy that creates that purpose.” “Because we understand the power of brands, we have positioned all our businesses to be consumer-centric so that it can inspire millions of people behind it”, Mr. Chiejina stated.

The Dangote Group has been described as a significant premium player as over 300 corporate exhibitors are participating in the 17th Abuja International Trade Fair (AITF) that is expected to be declared open by President Muhammadu Buhari on Friday.

Speaking to newsmen, the Director-General of the Abuja Chamber of Commerce and Industry (ACCI), Ms. Victoria Akai said: “As a member of ACCI, the Dangote Group further strengthens the position of ACCI in implementing business activities and advocating for business-friendly policies.

”The DG said the Dangote-ACCI partnership is strategic and geared towards showcasing made-in-Nigeria products, which will help inform prospective exporters about the available opportunities and processes.

Ms. Akai said the company had been a significant sponsor of the Abuja International Trade Fair, including this year’s Trade Fair. In the same vein, the President of ACCI, Dr. Al-Mujtaba Abubakar, told newsmen that the theme for this year’s exhibition: “Creating an Export Ready Market through SMEs Digitization,” offers a wide range of opportunities for Small and Medium Enterprises to ginger their performance, and especially in relation to the non-oil sector.

He said: “The Abuja International Trade Fair, since its inception, has served Nigeria as a trusted global trade destination and a potential market for over 50,000 consumers.”

The 17th AITF is scheduled to hold between Friday, September 30 and Sunday, October 9, 2022, at ACCI Abuja International Trade Fair Complex.

The Dangote Group’s Executive Director of Government and Strategic Relations Engr Mansur Ahmed said the partnership with ACCI offers the company the opportunity to display its numerous innovative products while contributing its quota to the Nigerian economy through Trade Fairs and expos.

He said the President of the Group Alhaji Aliko Dangote is passionate about developing the Nigerian economy, exporting made-in-Nigerian goods, earning foreign exchange, and creating jobs for the populace. Engr Ahmed said the company is desirous of entering into any strategic partnership that will set the country on the path of rapid growth and development.

Aside government, the Dangote Group is the second biggest employer of labour in Nigeria.

A statement by the Corporate Communications Department of the company said a special help desk has been set up at the company’s pavilion to respond to queries while urging participants to leverage the numerous innovative products which include the: Dangote Fertiliser, Dangote Sugar, Dangote Cement, Dangote Salt, and lots more.

Pundits say Dangote Group has positioned its subsidiaries as multinational conglomerates which have continued to play a pivotal role in the industrialization of Africa.

The multi-billion naira Dangote Cement Plc, for instance, has a presence in over ten African countries, while the newly incorporated Dangote Fertiliser and oil refinery are capable of mitigating the continent’s shortfall in foreign earnings.
The Director-General of the Abuja Chamber of Commerce and Industry (ACCI), Ms. Victoria Akai said the Dangote Group has been a pacesetter in manufacturing while boosting Nigeria and Africa’s earnings.

She said: “The founder Alhaji Aliko Dangote is a visionary leader and has led the Group to become one of the leading brands in Africa and the world, which is a pride to every Nigerian.”

Speaking on the role of small-scale industries, the DG of ACCI said with the heightened interest in the African market, coupled with the implementation of the AfCFTA, Nigeria is in a privileged position given the role of the Dangote Group and many other big companies.

She added that Nigeria has enormous potential for export considering the number of SMEs.

According to her: “SMEs represent about 96% of the business fabric and generate over 70%of employment while contributing to about 48% of Nigeria’s GDP, making them the engine of Nigeria’s economy and playing a vital role in the economic recovery.”

The AFCFTA, established in 2018, is a free trade area comprising of most African countries as signatories, making it the largest free trade area by number and second only to the World Trade Organization (WTO). Under the agreement, parties are committed to eliminating tariffs on most goods and services, as well as eliminating other impediments to free trade.