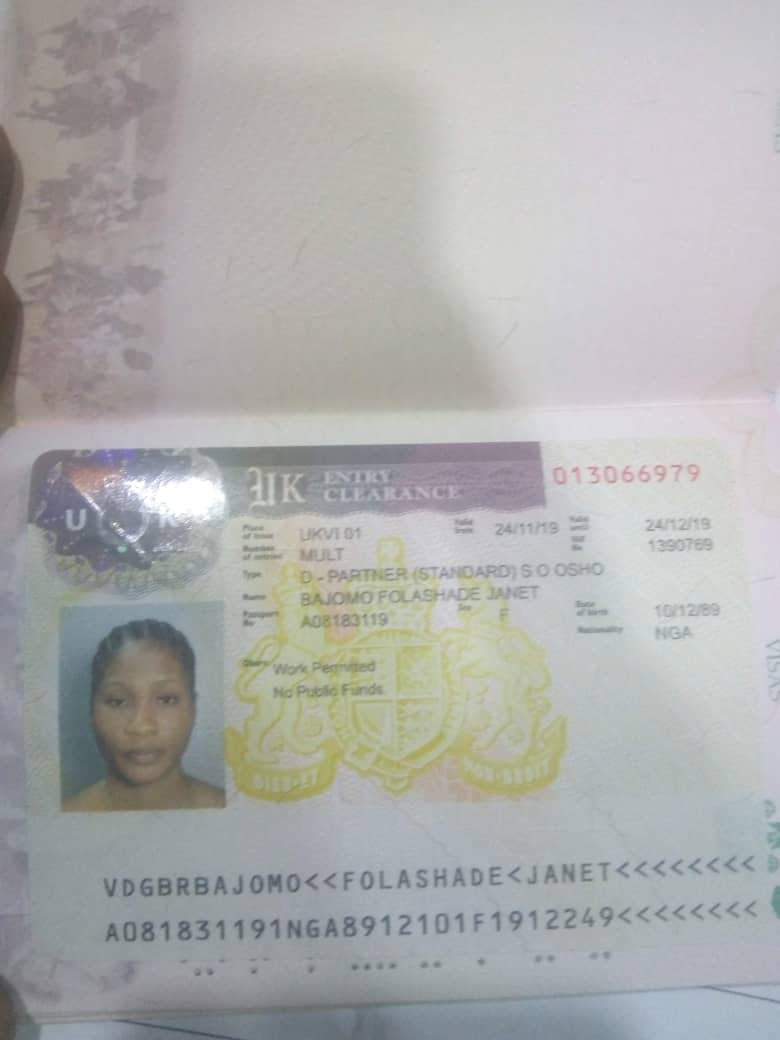 As concerned youths of Remo North Local Government, we wish to notify legislative arm of our state government and the general public that we have submitted a petition detailing the unlawful activities of Hon. Solomon Osho who currently represents us at the State House of Assembly.

Prior to the 2019 general election we had ceaselessly yearned to be represented by a not just a liberal lawmaker but a young legislator who would understand our needs and advocate for them in the legislative arm of the government. As great as the idea sounds, it failed. As You’re probably asking yourself by now ; “How?”

1. DENIAL OF DUAL CITIZENSHIP OUT OF FEAR OF BEING DISQUALIFIED

Hon. Solomon Osho had earlier denied being a UK citizen prior to an appeal court ruling; Appeal No: C/AK/EPT/NAS/286/2019 which specifically bothered on the qualification of one with a dual citizenship to validly run for office in Nigeria in Dele Gboluga v. Hon. Albert Akintoye & 3 Others.

In his bid to It is on record that Hon. Osho successfully married thrice all done “LEGALLY”.

In 2016, he hoodwinked the Ministry of Interior by providing false information while getting to Mayowa Anthonia Taiwo in Alimosho Local Government of Lagos State with marriage certificate number AL01201.

Again, on the 5th May, 2018 at the First African Church Mission, Jehovah Shammah Cathedral, Lagos. Hon. Osho had another legal marriage, this time he married same person “Twice” with certificate number CL184/2018. Still on age falsification, Osho claimed to be 27 years on his marriage certificate in January 2016, again he claimed to be 28 “two years later”.

On his second marriage same day, he also claimed to be 34 years old.

5. RE-SUBMISSION OF FALSE INFORMATION TO INEC TO CONTEST 2023 ELECTION

INEC obviously did not notice the inaccuracies in the documents and informations submitted by Hon. Solomon Osho in 2019 and again in his re-election bid, the lies has been sent to the electoral body in 2022.

According to Hon. Osho’s profile on the official website of Ogun State House of Assembly, he obtained a LLB at London South Bank University but his law school certificate was omitted from his academic declarations to INEC in 2019 as opposed to its inclusion in 2015, on both occasions he contested for State House of Assembly.

Apart from using unsuspecting children to score cheap political points with his invisible “school bus empowerment” he has confused the public on several occasions with the source of funding with the proxy empowerments.

Oftentimes, he claimed it was his NGO sponsored program but magically the presumed empowerments becomes his political project.

We seek open clarifications on his identity, implore leadership of the Ogun State House of Assembly under the leadership of Rt. Hon Kunle Oluomo and the general public to apply caution using any information relating to Hon. Solomon Osho for official use to avert further confusion.