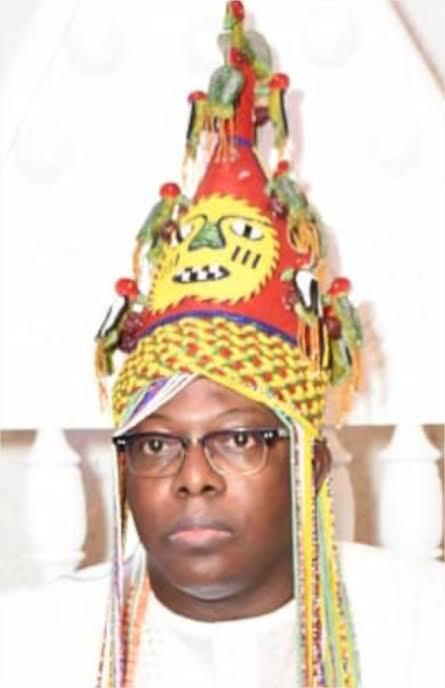 Iru Land,The True Situation of Things
Contrary to what is being spread around in the media space about division in the Oniru family, Oba Gbolahan is on top of situations.

Happenings in the kingdom after the ascension of Oba Gbolahan have become one of the first and immediate activities to weigh in on.

The Oniru family rules under the name of Oniru but with many other families that rightfully belong to the throne.

The children of the esteemed royal families of the entire Oniru are at loggerheads with one another over who is the rightful owner of the expansive Iru Land.

And this fued is now the bone of contention among the other family members who have stepped down for many years for Oba Abiodun Oniru’s lineage.

And also those in the know dispel that the viral video and news mentioned in the public domain of protest in the kingdom as the handiwork of those who have cornered the properties of the kingdom to themselves before now.

In the said video, some market women in the Iru Kingdom protested and kicked against the new king, Oba Gbolahan Lawal’s ascension to the throne of Iru Land.

Against all these insinuations either true or not, impeccable sources very close to the palace said that the new Oniru of Iru could not have had a hand in all these vituperations, which pointed to be a campaign of calumny in Oba Lawal’s direction.

Men close to the Oba maintained that he will never be intimidated by open annihilation from members masquerading to be from the royal Oniru family.

Infacts it is members of the royal Iru Kingdom who are seeking what belongs to them when the late Oniru was on the throne, and this is why they are now agitating for what is theirs, and they will go to any extent to collect what belong to them and what they have not been benefitting as sons and daughters of the royal Kingdom.

This is because they believed that the new Oniru, Oba Gbolahan Lawal, will make all things to come to normality in Iru Kingdom.

These indigenes protesting were against the family of the late Oniru and their major complaints pointed at the scion of the late Oba Abiodun Oniru, Aremo Adesegun, who owns company that is selling all the lands in the kingdom.

A source alleged, “In the last 45 years, from their grandfather to their late father, they arrogated all powers to themselves and this is what the sons and daughters of the land are agitating for and major reason why they are fighting so that the new king can return what belongs to the kingdom to the kingdom and not any private hand or one single family.”

The new king has already set up a committee to look into ongoing crisis between the children of the late Oniru of Iruland, Oba Idowu Abiodun and other families, with the platform ‘LET’S GROW IRU LAND TOGETHER’ an avenue to share ideas, suggestions and concerns of the residents and families of Iru kingdom because he believes together; they can make the Kingdom one of the most sustainable cities to live in.

The new Oniru, His Royal Majesty, Oba Abdulwasiu bolahan Lawal, as a father to all, noted that the doors to the palace is open to everyone, especially to the princes and princesses of the kingdom, and should they have any grievances on any ongoing project, they ought to approach the palace and seek clarification, rather than engage the committee members who were carrying out their duties.

As a former law enforcement officer and a well-read and traveled individual, Kabiyesi Abdulwasiu Gbolahan Lawal abhors violence and will never subscribe to the use of brute force or thugs in carrying out any of his plans for Iru kingdom, rather engagement and dialogues has been the route of choice since his ascension.

The Oniru as the custodian of the heritage, values, and assets of the kingdom knows that proper documentation of everything being held in trust by the throne will go a long way in creating accountability and equity within the kingdom, for generations unborn.

As a father to all, Kabiyesi Gbolahan Lawal has reiterated that peaceful coexistence between all and sundry within the kingdom is his number one priority, as well as redeveloping and rebranding the kingdom for the benefit of the indigenes, residents and businesses within the kingdom.

Related Topics:FeaturedOniru of Iruland
Up Next

Ambassadors of Peace Foundation urged rape victims to speak up