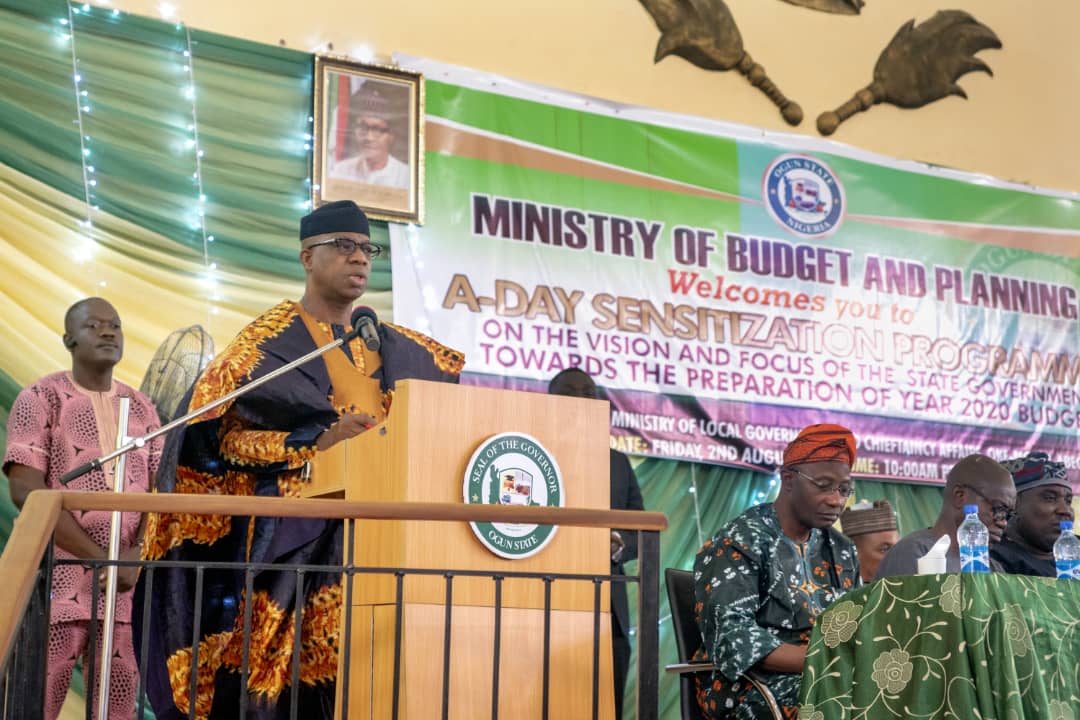 A joint security team that would patrol major roads and provide adequate security to the people of the Southwest part of the country would soon be set up.

The Ogun State Governor, Prince Dapo Abiodun disclosed this today at a day Sensitization Programme on the Vision and Focus of the State Government Towards the Preparation of the 2020 Budget held at the Obas Complex, Oke-Mosan, Abeokuta.

Prince Abiodun who described the current security situation in the country as worrisome, said Governors in the region have been brain storming on how to tackle the menace, as no serious investors would come when they are not sure of the security of their lives and that of their investments.

He said the amended Security Trust Fund Bill would be sent to the State House of Assembly for legislative action, saying it would embrace major stakeholders and allow
Managers take decisions without waiting for directive from him.

The Governor also stated that the government has commenced paliative measures on some roads in the state irrespective of ownership, adding that Ogun and Lagos state governments have approached the Federal government on the desire of both States to take over the rehabilitation of roads linking them.

The State helmsman who described education as the biggest industry of the State, said his administration would convert some of the Model Schools built by the last administration but which were never utilised to technical and vocational training institutions, while the digitisation of the State would be pursued and deployed in the health, education and other sectors of the State to improve and enhance service delivery.

The Governor who also reeled out his administration’s plans for the agricultural sector, said government would liaise with other agric-focussed states to produce food that could feed the state and it’s neighbours, adding that Ogun State Enterprise Development Agency would be set up to boost the capacity of Small and Medium Enterprises.

While emphasising that the administration’s mission was carefully thought through, Governor Abiodun said the sensitization programme was to produce a realistic Budget that would focus on performance, affirming government commitment to taking the State to the next level.

Speaking earlier, the Director of Budget and Planning, Mr. Tomiwa Osibodu, said the programme was to know the focus and aspirations of the administration, saying that revenue must be revitalised to enable government carry out it’s programmes without depending on Federal Allocation.

Senate President Felicitates with Omo-Agege at 56