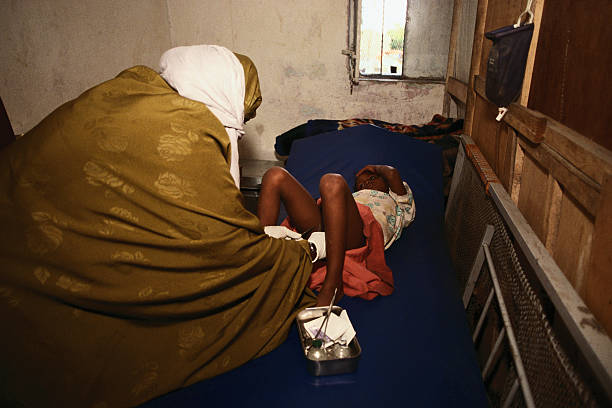 At a time in the world when cases are rife of oppressive and discriminatory tendencies against women and the world waking up to sustainable decisive measures against such, it must have come as a rude shock to beautiful Blessing Isoken who hails from Edo State that her own lover, with whom she had gone through a whole lot with would come out to suggest that she performs a female circumcision exercise at the delicate state of pregnancy.
The story did not actually begin there, so let’s go to the beginning.
Blessing is from a home which describes her beginning. She grew up with her parent and the burden of her education became pronounced as she embarked on her university education. It was tough enough to provide for food, shelter and other sundry needs of the family such that taking care of her university demands were out of reach for her father.
This strain was augmented by the fact that Mr. Osagie has known one chief iyamu who was his childhood friend seeing his state that he could not fend for his family needs offered to help him with a loan wherewithal to redeem so many committment because the situation was becoming worrisome and embarrassing for him and his family.
To Osagie’s rescue came when his childhood wealthy friend with a measure of clout, decided to put a smile on his face by giving him the loan to pay back on a particular date so he can sort out so many things like his daughter Blessing’s who dropped from her university education, to be able to go back.
This must have sounded like good music in the ears of Mr. Osagie who up until that point was at a loss as to how to wriggle himself out of the financial knot. Not knowing that Chief Iyamu however, would only display such benevolence on one condition. And what was the condition? He secretly wants to marrying Blessing when she was through her university education as a befitting compensation for his kindness.
Mr. Osagie not having knowledge of chief Iyamu’s plans fell into his trap by accepting the help thinking it was free for friendship sake. With the help of chief Blessing went back to school and successfully finished her university education.
The chief who had patiently been bidding his time like a lion that was confident it very well had its prey by the jugular, came out and demanded Mr. Osagie pays back the loan by giving out Blessing to him in marriage, which at a point cause alot of disagreement btw mr Osagie and Chief Iyamu
Blessing got furious and disappointed at her father for having accepted the ideal brought by chief becos he does not have money to pay back his loan even without her consent or knowledge.. She had a budding relationship with a guy named Aberiri Mofe, and on relating the whole ordeal to him, they decided to elope, as she would rather die than have her father’s age mate marry her.
She and her boyfriend got visa travelled to Turkey where they found a measure of peace, having left the problem of Chief Iyamu behind, but that peace became transient in the height of their preparation to plan a future for themselves
The boyfriend gave her money to come back to Nigeria to settle the debt chief borrowed the father, getting to Nigeria
The father mr osagie rejected the money that there is nothing he can do that chief has already paid bride price on her and insisted she must marry him , but things went in a
dramatic twist, Blessing found out she was pregnant she quickly called Mofe her boyfriend to give him the good news that she was pregnant mofe was happy but later open up to her that she had to undergo female circumcision before she gives birth that its a tradition his people values and hold very important
Apparently in a dilemma, Blessing’s mind was in a turmoil as she tried to brace up with the reality of what Mofe told her, not feeling comfortable with it one bit. Luckily for her, she opened up to a friend about it who dissuaded her in strong terms from such a practice.
Blessing’s friend was only light then in a dark tunnel and as they kept discussing, she sold the idea of her to travel to as an escape to all the rubbish her life seemed mired in, she made up her and ran with the money given to her by her boyfriend to settle the supposed debt collect from chief by the father to canada where she finally found rest from all the troubles that threatened to swallow her. But as we speak the boyfriend has been causing alot of troubles going to fight the Blessing’s father saying since she did not perform the traditional rite during pregnancy the daughter given birth to in Canada will have to be brought to perform it so he is trying every means to make sure the innocent daughter comes down to nigeria for the traditional rites.
As we speak Nigeria is a danger zone for both mother and daughter

So many questions than answers surely this piece would elicit; What choice else did the father have? Isn’t the lasciviousness of Chief Iyamu characteristic of the wealthy few in the midst of the many poor? Why did her fiancé stoop so low to the whims of such babaric tradition?
So so many questions but succinctly it portrays the audacity of desire and the folly of traditional beliefs in the 21st century. It may not be out of place to also say that such is the fate of many young girls in our society today with no voice for them and none to give a helping hand.

Why Lagos Residents Should Embrace Restriction Ban On Okada,Keke Napep