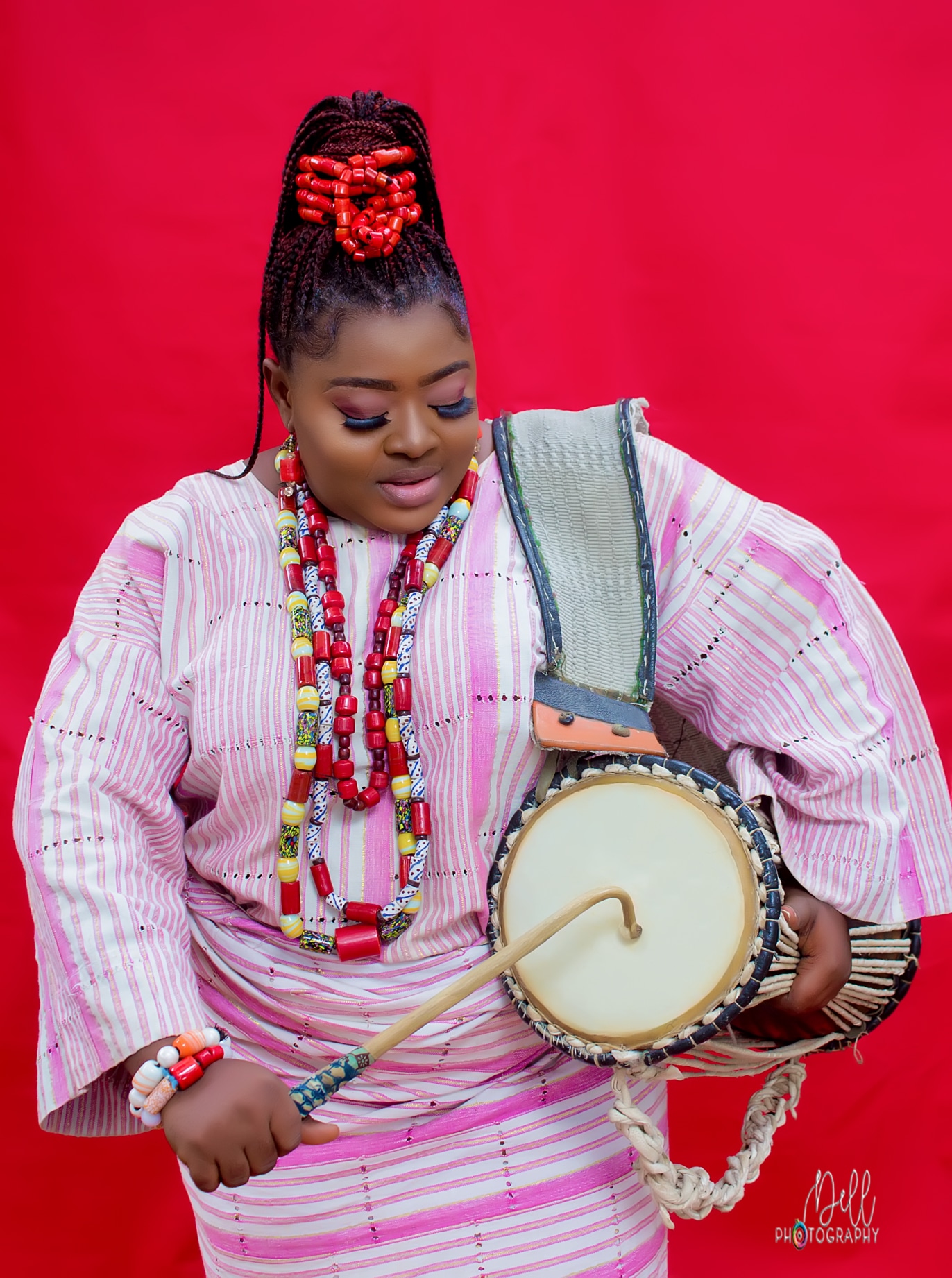 Africa Singrite Music Band, led by Adenike a.k.a. Omo-Imole is a group of multitalented artistic members that perform a unique kind of African cultural heritage in a traditional and crossover style of singing and dancing. Generally, the orchestra in their type of stage live show and concert are composed and choreographed of total number of Ten (10) members including the band Leader, Adenike Fakunle Omo-Imole who performs with or without an instructor.

The kind of instruments use and the type of music perform on live stage is so unique that make the musical group to gain an overwhelm request by the African community in the United States.
Adenike Fakunle And Her Africa Singrite Music Band, is a group of talented artists that sing, dance and perform unique West African traditional and cultural crossover music, popularly known by Nigerian communities all over the world as Afro Mix Juju Music. The musical band love to perform this type of live stage concert in a less formal and shorter than other concerts. It features African traditional music instrumental with a unique slight lyrics and rhythms that the band belief related to gospel music.

Adenike Fakunle And Her Africa Singrite Music Band, also perform this type of stage concert which consists of the whole musical band members to play the African music percussion and wind unique music instruments, but other types of western cultural music instruments may be added depending on the music piece they are intending to perform. The live band stag e concert is also called African heritage wind ensembles, wind bands, symphonic bands, etc. The repertoire varies; from African classical to contemporary music, the lyrics and the rhythms are performing with energetic dancing style in unique costumes and appearances.

Adenike Fakunle And Her Africa Singrite Music Band, usually make use of notable African musical instruments like African Traditional Talking Drums called Apala, Sakara, Omele and some percussion beat equipments like Baata, Sekere, Konga. They also make use of some western musical equipment like Drum-set, Guitar, Keyboard, Trumpet and others.

The President / CEO of Glory International Music & Arts Promotions, Prince Dr. Adeniyi Shobaloju disclosed the organization plans to promote and propagate the musical and dramatic talent of Africa Singrite Musical Band in the nooks and crannies of the United States by the summer period of 2022.