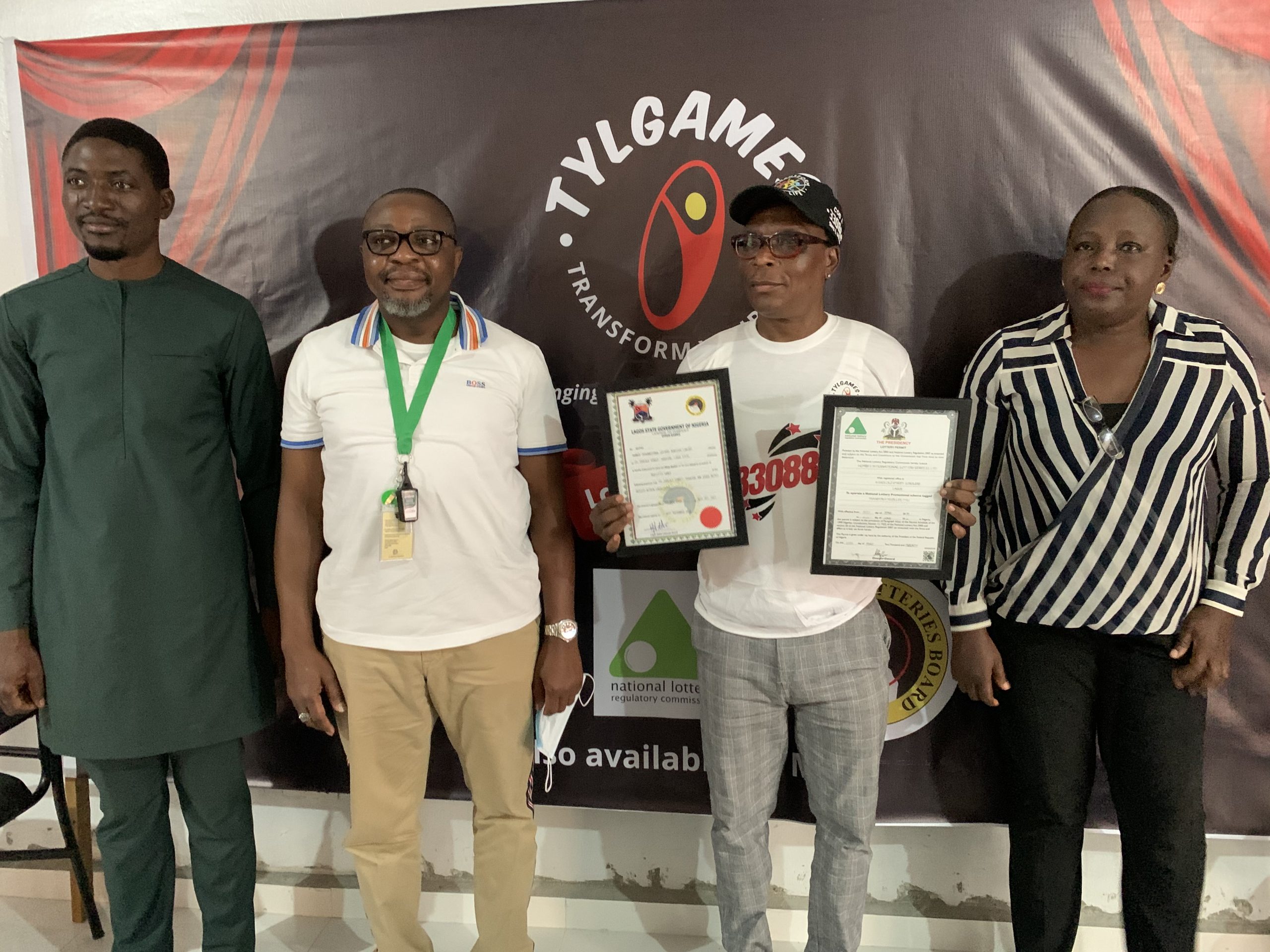 A new gaming platform named TYLgames has partnered with two telecommunication giants, MTN and 9monile to offer unique gaming proposition in the Nigeria’s lottery industry. TYLgames has turned the focus away from gaming, and now placing it in gamers’  hands the power to transform lives with each game they play hence the acronym “TYL”.

TYLgames, a gaming (Lottery) platform that is designed to positively touch gamers lives one game at a time. The focus is on gamers rather than on the gaming platform; placing in their hands the power to transform their lives with each game they play hence the acronym “TYL”.

TYL is an Instant Play, Instant Win, Instant Cashout game played on SMS, USSD, and Mobile Web platforms with the short code 33088. There are currently two games available to choose from, an instant numbers game tagged “SHOKI” and “SHAFFLE” which is a daily raffle game. With N100 game cost, a player can win up to N100,000 instantly and up to N1,000,000 in 24 hours by dialing or texting to 33088 or *33088# for USSD respectively or log on to  www.tylgames.com

TYL brings financial relief to the masses by providing the avenue to win instant cash to cover day—to-day living costs. With just N100, a player can win and cash out a minimum of N1,000 instantly, several times a day. The best part of it is that a player can do this privately and confidentially, 24 hours of the day.

To deliver a dynamic and a superior gaming experience, different from other available gaming or betting platforms in a transparent manner to the masses, Humber Lottery, promoter of TYLgames has collaborated with Telecommunication giants 9Mobile and MTN to touch as many lives, reinforce the brand’s authenticity, and to deliver its promises.

Founder and CEO of Humber Lottery, Mr. Andrew Humber-Osofisan gave his statements as TYLgames launched. “TYLgames is committed to ensuring that people play responsibly and that they are rewarded accordingly”, he said. He also stated that “TYLgames is much more than a gaming platform. It’s a way to distribute wealth, mitigate individuals’ daily cash-flow issues, and address some of the societal issues plaguing the masses. We do not claim to make people overnight millionaires, but we guarantee every player a chance to be fairly rewarded daily. TYLgames is that window of opportunity which they can seize to get the reward they deserve”.

He further spoke on the COVID 19 pandemic and why TYLgames is launching at this time. “The move to launch TYLgames at this time is strategic…”, he said; “…as fear, hopelessness, and depression from the pandemic overwhelms, I feel for the people and believe that TYLgames is a spark to rekindle hope for people to get back up and win again!” he added.

He talked about the “Winning Code”, 33088. “We call 33088 the winning code because, with it, you can positively change a life. 33088 is like medicine you take to relieve financial/money issues. As paracetamol can relieve headache, body pain or fever so is dialing 33088 can relieve hunger, brokenness, poverty, and all cash-flow symptoms. Just dial the code 33088 for relief”, he said.

He also stated that “TYLgames is a gaming platform that’s incredibly unique and innovative. It is not just providing opportunities but also entertainment to people to be rewarded for their participation in a fair and transparent manner.”