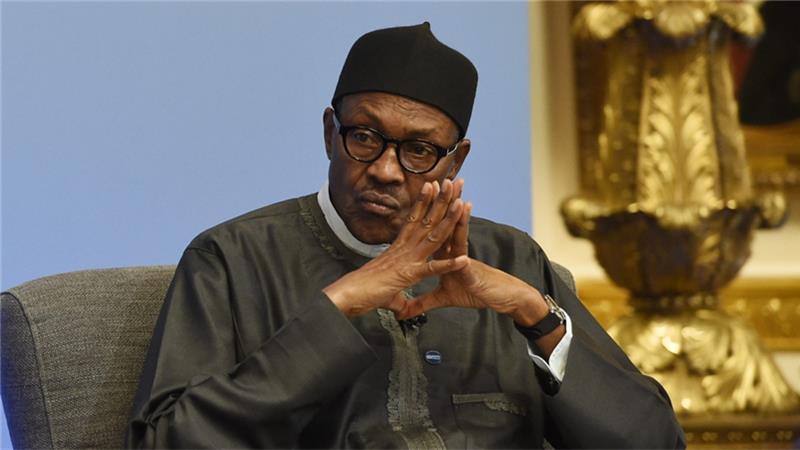 Nigerian Embassies- Lacking the speed of the cheetah, the strength of the bull and the ferocity of the tiger, the chameleon, with its camouflage of many colours, tip-toes daily in cautious slow-motion, living on the wisdom of adaptive wits.

Appearing unconcerned, unpurposed and uninterested, the chief of stealth and the lord of disguise, the chameleon, is the cunning thief embroidering the environment in stolen identity. The chameleon is the motion without movement, the heat without temperature, the echo without sound.

For some, the chameleon is unbeautiful. Big bulging eyes above an endless mouth on an oblong head attached to a sickle body upon four wobbly legs define the chameleon and its clumsy tail.

The chameleon is seen in its slow and deceptive colours by the members of the Nigerian public, who daily come under the crunch of government insensitivity and ineptitude.

To this long-suffering group, the chameleon connotes arrested development, reward for corruption and a sense of entitlement by people in opportunistic leadership.

For some other group, however, the chameleon is swift, breathtaking and ubiquitous. This chameleon-is-fast group comprises political profiteers who sit magisterially by the public cauldron, dishing out the broth to relatives, friends and flunkeys, and smashing the plates of opposition with the ladle of vendetta.

Again, I promise not to be meddlesome. I won’t condemn, I won’t judge for I don’t want to be judged. I’ll simply state the narratives by the two groups, and leave the reader to fix the narratives in the proper boxes they belong. The boxes are two: chameleon-is-slow box and chameleon-is-fast box – truth versus lie.

After a 2-1 away victory over Cape Verde last week, the Nigeria Football Federation announced that Super Eagles captain, Ahmed Musa, has hit a centenary in national colours, contrary to a report by The PUNCH, saying Musa had only played 98 times for the Eagles.

Characteristic of its past embarrassment of the nation, which saw the country fielding overage players in FIFA competitions and filing out for a match in makeshift jerseys, the NFF had counted for Musa a 3-0 friendly win against Togo in Paris, wherein both Nigeria and Togo made more than the regular number of changes, thereby making the match uncountable.

Also, the NFF recorded for Musa the 1-1 draw match against Algeria, in which Nigeria fielded an ineligible player, prompting FIFA to award the 2018 World Cup qualifying match to Algeria even as Nigeria had qualified for the World Cup before the tie.

Instead of the NFF to apologise to Nigerians for the national embarrassment, its chairman, Amaju Pinnick, said: “We have our own data and that is what we are using, even if it is 50 caps for the national team in a country where you have an abundance of talents.”

It took a statement from FIFA confirming that Musa had only played 98 times for the Eagles, and not 100, for Pinnick to eat the humble pie. In which box would you put Pinnick? Chameleon-is-slow box or chameleon-is-fast box?

A few days ago, a former Governor of Benue, George Akume, called on the Economic and Financial Crimes Commission to thoroughly investigate the incumbent Governor of Benue, Samuel Ortom, after Ortom berated President Muhammadu Buhari for keeping silent while Fulani herdsmen turned Benue into a killing field.

Addressing a news conference in Abuja, a few days ago, Akume said, “We call on Governor Samuel Ortom to tender an unreserved apology to President Muhammadu Buhari for using foul language and for operating outside the set rules of engagement between the state and the federal governments.

“We call on the EFCC and the Independent Corrupt Practices and Other Related Offences Commission to THOROUGHLY INVESTIGATE the application of the total federal allocations to Benue State from May 29, 2015 to date.”

Let’s step outside the shores of the country and head to the US, touching down at the Nigerian Embassy in Washington, DC, where a Nigerian-American, Azuka Aghenu, narrated his ordeal in the hands of embassy staff.

“Another name for the Nigerian embassy in Washington DC is hell. They operate the embassy as if they’re in a secret cult or a black market,” Aghenu, who is a senior bank executive, said.

“The officials operate a coordinated syndicate that extorts Nigerians who come to renew or get fresh passports. They charge you $30 for a United States Priority Mail envelope that costs about $13 – depending on the state. They go to the post office and pack the envelopes free of charge, and take them to the embassy to sell to members of the public.

“They collect cash for the free envelopes but for the visa fees, you pay with your debit or credit card, which suggests that the fees you pay with your cards go into the government coffers while the fees paid for in cash are open to manipulation,” Aghenu said.

Alleging that the embassy was hot, unlit, shabby and not child-friendly, Aghenu said officials attended to applicants on a man-know-man basis, leaving applicants who had ‘no connection’ unattended to and frustrated.

Aghenu also alleged that applicants’ data were pulled up from a large hand-written register instead of a computer, stressing that applicants needed to grease the palms of officials for them to be attended to.

“If you don’t bribe or get a referral from a big man known to them, you won’t be allowed inside the embassy. When you’re inside, they will take you into an oven – a big room, no air conditioner, no light, it was dark, we saw by natural light, two standing fans were misting out water.

“They told us to come along with the photocopies of our documents. The question is, why can’t they pull up on a computer the info applicants filled online when applying for passports? Why do they have to rely on the applicants’ photocopies when they already have the information in their database? It means someone can show up and collect someone else’s passport,” Aghenu said, adding that the embassy operations were intermittently disrupted whenever the server feeding the embassy portal from Abuja was down.

Aghenu, who has been living in the US for over 30 years, revealed that more than 10 officials of the embassy went to the mosque for Jumat prayer during official hours.

In which box would you put Aghenu? Chameleon-is-slow box or chameleon-is-fast box? Do you think he’s telling the truth or is he lying?

Narrating her ordeal at the Nigerian Embassy in Atlanta, Georgia, another Nigerian-American, who lives in Illinois, Maria Reyes, (not real name), said months after filling her application online and getting an acknowledgement, all the calls she made to the embassy to book a date to come to the embassy were not picked.

Reyes said, “People came from various states, leaving their jobs, families, and risking their lives. I travelled down from Illinois. The place was like a hajj camp. The officials talked down on you, the whole place was hot.

“Eventually, I had to use the connection of a big man in Nigeria for them to attend to me. When I mentioned the big man’s name, I was allowed to go in. I went in and I was told to pay $133 apart from the $195 passport renewal fee. They said the $133 was the fee for appearing without an appointment. I paid because I came from outside Georgia and I had no place to sleep. The $195 charge was payable only through debit or credit card, but I was told I could pay the $133 charge in cash. I smelled a rat, so I opted to pay with my card. I think the $195 fee goes to the Nigerian government, I don’t know where the $133 fee goes,” Reyes said.

We’ll give Jonathan chance to contest for 2023-APC

Why VAT law will be beneficial to Lagos – Obasa, residents speak at public hearing