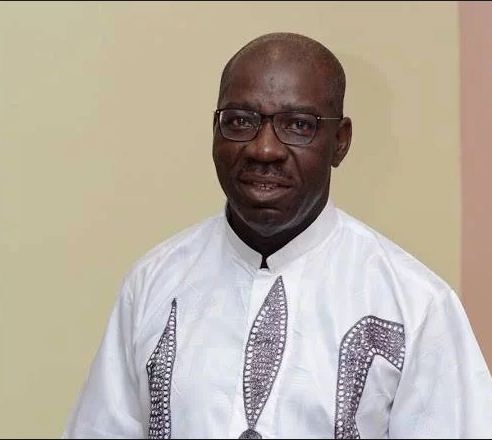 As the processes leading to the Edo State gubernatorial elections gather momentum, it is expedient to put the records straight regarding the true state of things as per the politics of relevance among all those interested in occupying the most important office on Dennis Osadebe Avenue come November, 2020.

It will be irresponsible for any right thinking Edo (s) person to blind their eyes to the good work the Godwin Obaseki administration is doing across the state. For a man who has diligently rejigged the education sector in the state with the EdoBest concept which has taken basic education and e-learning to dynamic heights with the application of modern technology, what else do the people want that he has not done in that sector? The only people who are antagonistic to these heroics are those whose major interest lies in the squandering of the state’s resources and such people must be avoided like a contagion, no matter how politically sweet-mouthed they are.Before now, the health sector in Edo State was lying comatose with decaying infrastructure and low morale on the side of health workers.

With his the Obaseki administration’s strategic concepts which have led to the provision of modern equipment’s and trained manpower to the state’s public hospitals coupled with a mouth-watering insurance scheme that meets international standards, aberrations such as infant and maternal mortality rates as well as mental health deterioration have been brought to the barest minimum. What else do his political enemies want? Ailments like hypertension and diabetes which were indirectly liked to pension fraud has reduced since the Obaseki administration made it a matter of priority for pensioners to receive their dues at the appropriate time. Only demons will allow our old mothers and fathers queue endlessly and collapse under the scorching sun for their dues which they never eventually receive.Perhaps, one of the best achievements of the Obaseki administration is in the area of curbing human trafficking, illegal migration and international prostitution which have been considered the exclusive reserves of Edo people.

The energy and enthusiasm with which the Obaseki administration has tackled these monsters remain phenomenal. Both the European Union and the Italian government have commended his efforts in ensuring the repatriation and reintegration of Edo indigenes into the society with a multi-million naira agro-credit scheme after many wasted years in search of greener pastures that were never found. Today, the rate of involvement of Edo indigenes in these illicit activities has greatly reduced. Thanks to the focused intervention of the Godwin Obaseki administration.All those who have vowed to antagonise his second term ambition will surely meet their political waterloo. Only witches and wizards are known to oppose good things and the Holy Bible’s position on witchcraft should be a great motivation for Obaseki. Your Excellency, suffer them not to leave. I can assure you that their case will be worse than that of the arrogant babelians who tried to build a tower to heaven and in the process, incurred the wrath of God. May God put confusion in their midst. May they end up fighting themselves. Let them continue to speak gibberish!

My dear Edo people, would you choose darkness over light? Would you allow people who have no track record to come and deceive you with political promises that end up in nothingness? Would you allow darkness shine over light? With what Obaseki and his team are doing, you can imagine where Edo State will be if you give him your votes for another four years. Let us all rally round our brother, a man who means well for us and generations unborn. Don’t be deceived by those who think they can bamboozle an entire state with their strange kind of politics. Edo State is a land of intellect. We cannot be easily cowed.

I am not from Edo State but the Edo blood flows in my veins and I have decided to align with every progressive idea from the state based on personal conviction and because of Obaseki’s bridge-building efforts in the South-South region. Vote Obaseki; vote light and be illuminated forever!
Iwelunmor Patrick, a Media and Public Relations Practitioner, writes from Lagos.

Funny Videos By Trendy Prophet Odumeje The Lion….All You Need To Know About Him