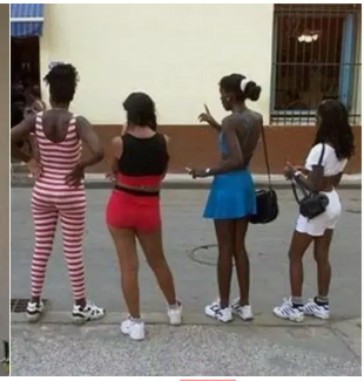 …after one year prostitution in brothel said underage girl

The National Agency for Prohibition of Trafficking in Persons (NAPTIP), has raided and closed down a popular bar called 24 Hours Bar which also operates a brothel in Rumukurushi, Port Harcourt.

The bar which has been found to harbour underage sex workers was uncovered after a couple found out that their 16-year-old daughter was working as a prostitute there.

Most young girls who were taken from their parents by family relatives or friends in the pretence of going to learn a trade, where found working as sex workers for a price ranging from ₦1000 to ₦2000 per customer.

At the end of one year of service to the madam, the underaged girls are settled by their madam with items such as a bag of rice, an android phone, a carton of tomatoes, and cash of ₦100, 000 to take back home.

POLICE ARREST 35 SUSPECTS FOR KIDNAPPING AND OTHER HEINOUS CRIMES