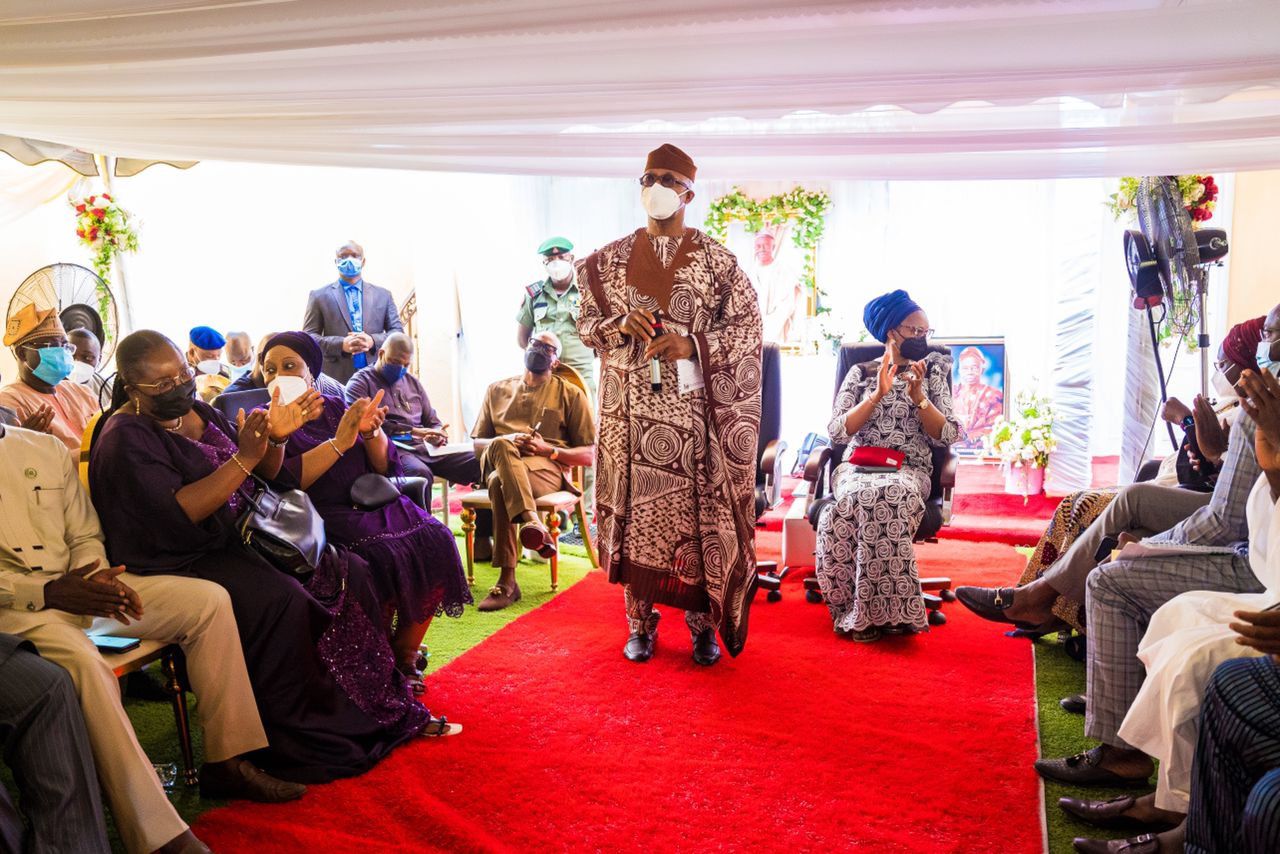 SaharaWeeklyNG Reports That Ogun State Governor, Prince Dapo Abiodun, on Wednesday broke silence on the passing of his father, Pa Emmanuel Abiodun, describing his demise as “painful and a great loss to him and his family”.

Abiodun, who disclosed this when he received Remo traditional rulers, members of Ijebu-Remo Unity Forum, Labour Union leaders, NANS leadership, and other prominent personalities during a condolence visit to his Family House in Iperu-Remo, equally said his late dad urged him to respect the civil servants, pay pensioners regularly and treat teachers well.

“When I assumed office, my dad told me to be faithful to the oath of office I took, he said I should respect the civil servants, pay them regularly and ensure that pensioners get their gratuities and all will be well.

“He also asked me to treat teachers well, you know that was his constituency, he told me to pay workers on time, before the last day of the month”, the governor said.

Abiodun further noted that his late father was a humble man who lived for his family and community.

He said he was completely broken when he received the news of the death of his father, stressing “my father lived for his family and community. We are a well-knitted family. I have always feared a day like this. My father was a humble man”.

Abiodun added: “I am greatly pained by his death, but slowly coming to terms with the fact that he is no more. He had a humble beginning, but a glorious end”.

The governor, however, urged the people of the state to live a humble life and serve humanity, the virtues which he said would leave a lasting legacy on the mind of the people after their demise.

Recounting his experience with his father while growing up, Abiodun said he never saw his father got angry, but would always discipline his children when they misbehaved.

“People say I am humble. Of course, I will be when my parents, especially, my father was very humble man. This is because of my upbringing. I learned to follow his lifestyle and footsteps,” he noted.

Earlier in his remarks, Akarigbo and Paramount Ruler of Remoland, Oba Babatunde Ajayi, said that late Pa Abiodun was an astute administrator and a great teacher who impacted positive values in the lives of younger ones.

He said the passing of the governor’s father must not be signposted with mourning, but the expression of joy for a life well spent, adding that “even at a very old age, his faculty was still intact”.

Speaking on behalf of Ijebu-Remo Unity Forum, Daudu Teslim, maintained that late Pa Abiodun was meticulous in his deeds, urged the governor whom he referred to as “a chip off the old block”, to take condolence in the fact his father lived a good life worthy of emulation.