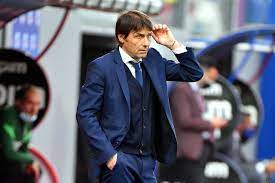 Tottenham Hotspur is currently working to appoint Antonio Conte as their new manager after the sacking of Nuno Espirito Santo and his coaching staff on Monday.

Santo was sacked after Tottenham was beaten 3-0 at home by Manchester United over the weekend.

“The Club can today announce that Nuno Espírito Santo and his coaching staff Ian Cathro, Rui Barbosa and Antonio Dias have been relieved of their duties,” Tottenham had announced on their website.

Speaking on the sacking, Managing Director, Football, Fabio Paratici said, “I know how much Nuno and his coaching staff wanted to succeed and I regret that we have had to take this decision.

“Nuno is a true gentleman and will always be welcome here. We should like to thank him and his coaching staff and wish them well for the future.”

The announcement added, “A further coaching update will follow in due course.”

“He’s always been top of the list since June where there was no agreement with Spurs board.

“Tottenham director Paratici is working to find an agreement with Conte as priority.”

In another post, he said, “Tottenham board feeling ‘more than confident’ to convince Antonio Conte and appoint him as new manager to replace Nuno. Talks progressing right now with Conte’s camp. White circleFlag of Italy.

“He’s asking an important plan for next transfers window and long-term contract. Paratici is on it.”

A few minutes later, he added, “Antonio Conte is ready to accept Tottenham proposal. Talks underway and understood to be ‘at final stages’ – salary and long term contract discussed but he seems convinced to say ‘yes’. Negotiations to continue in the next few hours in order to complete the agreement.”