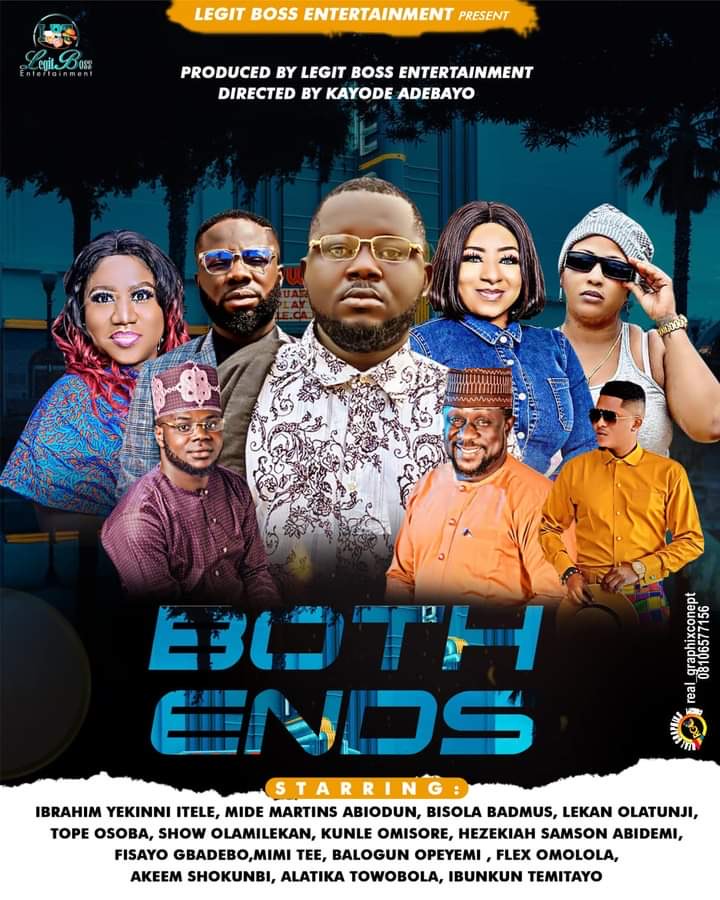 Watch Out For ‘Both Ends” By Legit Boss Ent

The most interesting true-life story movie from Legit Boss Entertainment titled “Both Ends” is about to be distributed to marketers nationwide.

The movies involved the husband who is over jealous and treated his wife badly, and at the end of the day, he realized his mistakes after losing both the legs and spinal cord.
The movies featuring star actors like Ibrahim Yekeen, Mide Martins Abiodun, Bisola Badmus, Lekan Olatunji, Tope Osoba, Show Olamilekan, Mimi Tee, Balogun Opeyemi, Flex Omolola, Akeem Shokunbi, Alatika Towobola among other celebrity actors and actresses in the Nollywood industry.