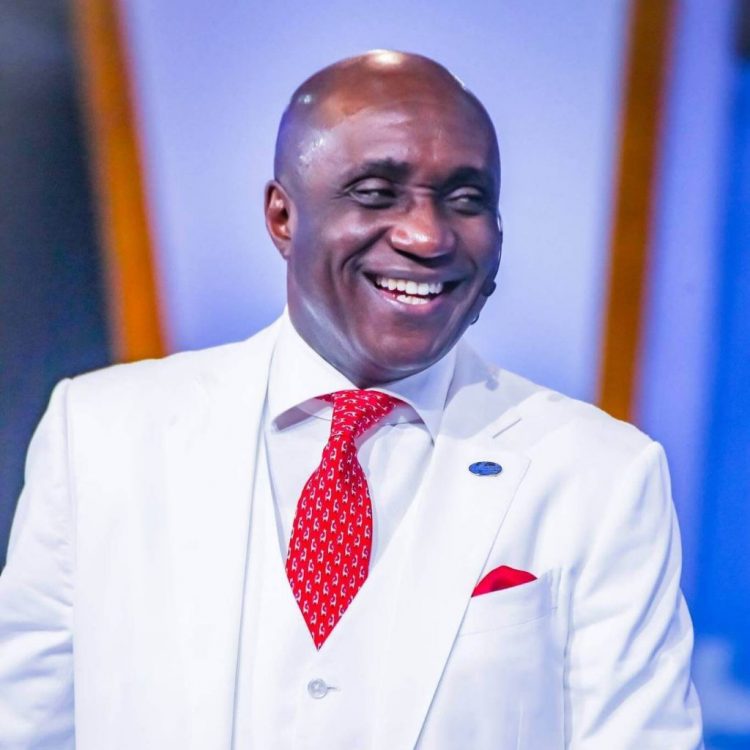 Sadly, this is not the best of times for Pastor David Ibiyeomie led salvation Ministries as no fewer than 10 children are allegedly dead as a storey building of Salvation Ministries collapsed along Okpanam road, Oshimili South Local Government Area of Delta State.

A report by Daily Independent revealed that the incident occurred around 6:45pm on Tuesday as a shopping complex housing a branch of Salvation Ministries and other shop outlets.

An eye witness named Lucky Oremire disclosed that the incident occurred when the church was still in service on a weekly Programme thereby trapping worshippers under the collapsed structure.

The building, which is being used for the first time, reportedly collapsed during Tuesday evening’s service.

At the time of filing this report several victims were being dug out of the ruins while several ambulances were on site to treat some victims who were severely injured.

Related Topics:FeaturedReligionsalvation ministries
Up Next