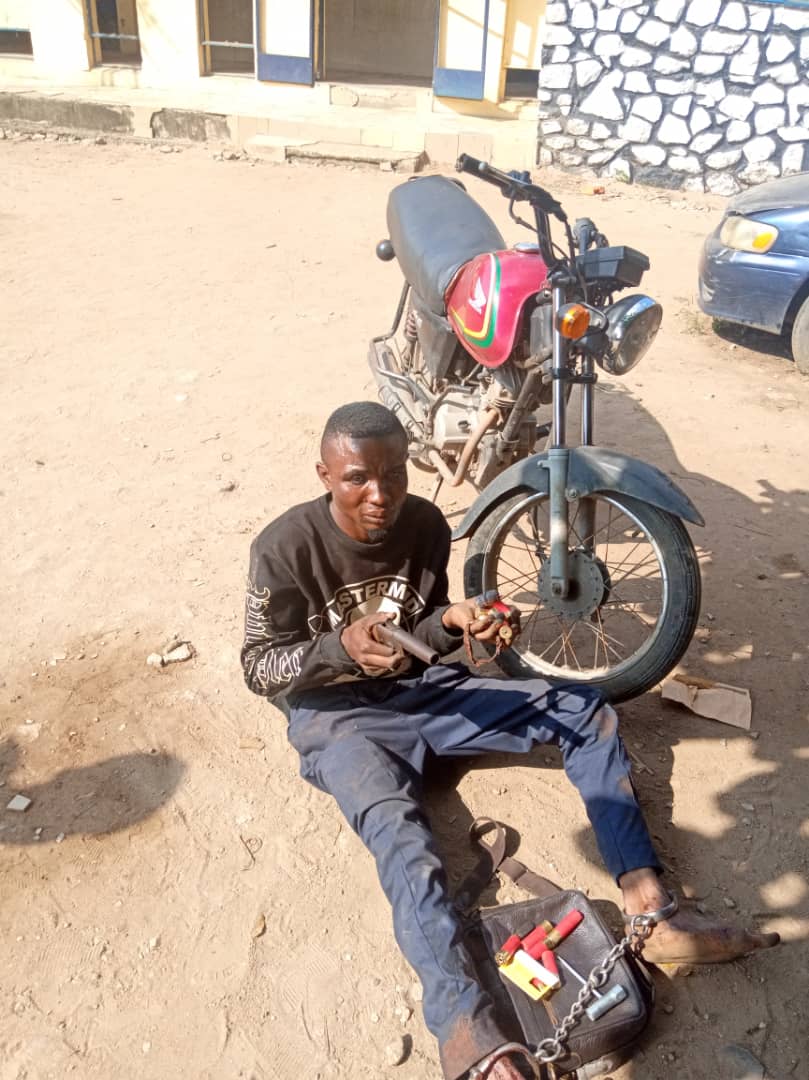 Notorious leader of the criminal group that terrorize Mushin and its eniviron in Lagos State metropolis ,Taofeek Abayomi Oladiran met hisWaterloo over the weekend.

The 26 years old was arrested while others escaped through different directions to crowded areas along Akala, Idi-Oro.

Lagos State Police Public Relations Officer, DSP Bala Elkana, confirm that the gang was responsible for the series of robberying cases in the area with the same mode of operation.

“They take advantage of traffic situations and dispossessed members of the public of their valuables such as handsets, laptops, bags and money.

“The motorcycle was recovered. One bag containing a locally made pistol, one expended cartridge, eleven live cartridges, a jacket decorated with charms, was recovered.

The police said the operatives of the Special Anti Robbery Squad (SARS) has taken over the case and have launched a manhunt for the three fleeing suspects whom as be identified as Afeez ‘m’ Micheal ‘m’ and Tolu ‘m’.

39 year old man arrested over the death of keke driver