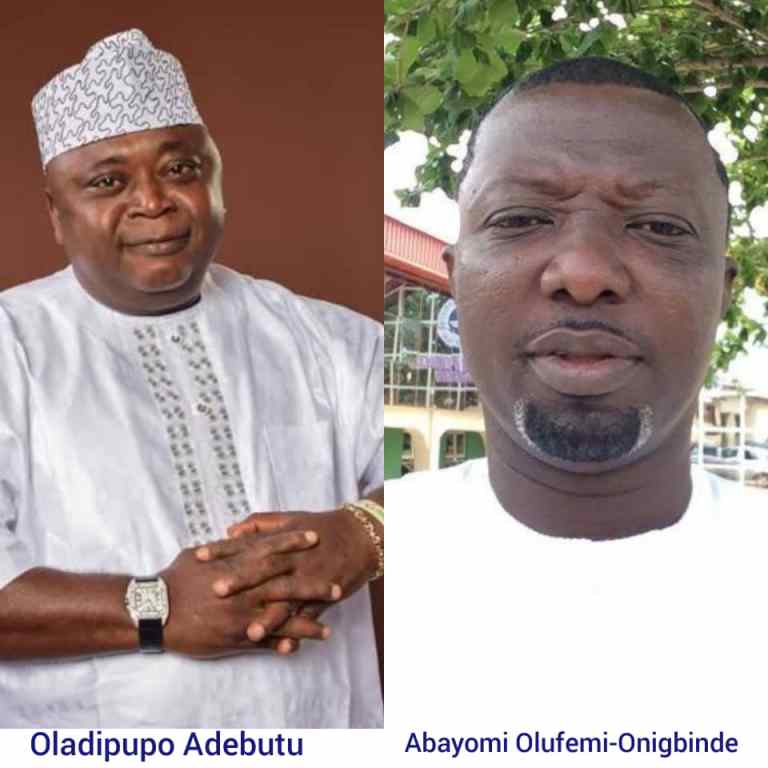 Many have wondered why the crisis within the Ogun State chapter of the People’s Democratic Party (PDP) has continued to fester in spite of the olive branch extended by Senator Buruji Kashamu and other stakeholders on his side. The reasons are not far to seek. The real reasons Ladi Adebutu would not want reconciliation include the following :

(1) Ladi currently enjoys obtaining money from his father fraudulently under the pretext of servicing cost of court cases and the planning and financing of fake Congresses . He also collects money for the sole excuse of oiling the machine of conspiracy with the PDP NWC . Of the money collected by Ladi Adebutu from his father for onward delivery to the PDP NWC , 60% is diverted to himself and to his farm and other businesses at the expense of his innocent followers milling around his unachievable objective of hijacking the Ogun State PDP structure.

(2). Ladi Adebutu wouldn’t want any reconciliation because records from the 2019 elections when Ladi Adebutu’s group merged with the APM and Honourable Adekunle Akinlade for Governorship election , by official records it is shown  that by removing the total votes for APC in the Presidential election and separated from the accrued votes to APC on one hand and APM on the other hand , the fact emerges to show very conspicuously that can only boast of about 70,000 votes which if it had been made available for Senator Buruji Kasham would have boosted his votes to become 140 ,000 . This shows that any argument that Ladi Adebutu can go into the Governorship election alone without Buruji is false , very untrue. Ladi Adebutu alone on his own steam can never win the Governorship election in Ogun State. But this position doesn’t bother Ladi since his interest is in the continual objective of fraudulently obtaining money from his father which in truth is at all times diverted into improving his farm and other businesses.

(3) Hon Ladi Adebutu’s main mission in PDP is not to win election but to use the political scenario in the PDP to continue to fraudulently obtain money from his father , using every manner of dubious means in the deception that he is pursuing some court cases and planning to sponsor some fake party Congresses. All of these monies are huge sums at each turn.

: (4). Currently , a new dimension have been added to the whole scam as Bayo Dayo has now emerged as the new conduit pipe to siphon money from Ladi’s father. Bayo Dayo has been presented to the elderly father of Ladi as man who will hand over the whole structure of Ogun PDP to Ladi. Unfortunately , Alhaji Sikirulahi Ogundele is much far better at co – ordinating things than the new found dubious friend of Ladi in Bayo Dayo.

However , it is already being planned to use Engr. Bayo Dayo , who at the moment has nothing to offer as the conduit pipe to once again begin to siphon money with deception from the respected Elderly Adebutu to the PDP National Leadership to promote a rejection of the reconciliatory gestures offered by Senator Buruji Kashamu-led PDP.

Their new scheme is to collect estimated #500 million from Lado’s father with deceit for the pursuance of an impossible mission of using Engr. Bayo Dayo to persuade the Supreme Court through frivolus applications to reverse itself on various issues already decided and the window for an appeal that has expired.

Also, its uncontroverted that the best Ladi Adebutu can do at any moment was the ,70,000 votes he add -on with APM during the 2019 Governorship Elections.

But  now that APC and APM have fused together ,why would Hon Adebutu still insist on doing it alone if not for personal gains and diversion of cash meant for his illegal PDP use to his farm development business.

I need to remind him that the only conditions that can guaranteed victory for PDP is the unconditional coming together of SPBK and LADI ADEBUTU just like in 2015. Any thing short of this conditions will spell doom for him except he wishes to continue his trade of perpetual diversion of money meant for PDP from his respected father to fund his farm business

For anyone in Lado’s group who has an ambition , it would be wise for such individuals to make the journey back home into the authentic Ogun PDP thus strengthening the electoral value of Ogun PDP.

The most reasonable and very realistic approach is for Hon Ladi Adebutu to facilitate the collapse of his group into the authentic Ogun State PDP, which is led by Senator Buruji Kashamu

Finally, Hon Ladi Adebutu is hereby advise to drop the grossly incompetent scavengers, miscreants and political mercenaries in the likes of Niyi Osoba and others if he hopes to make any future political impacts .

EDO 2020: BETWEEN MADMEN AND SPECIALISTS