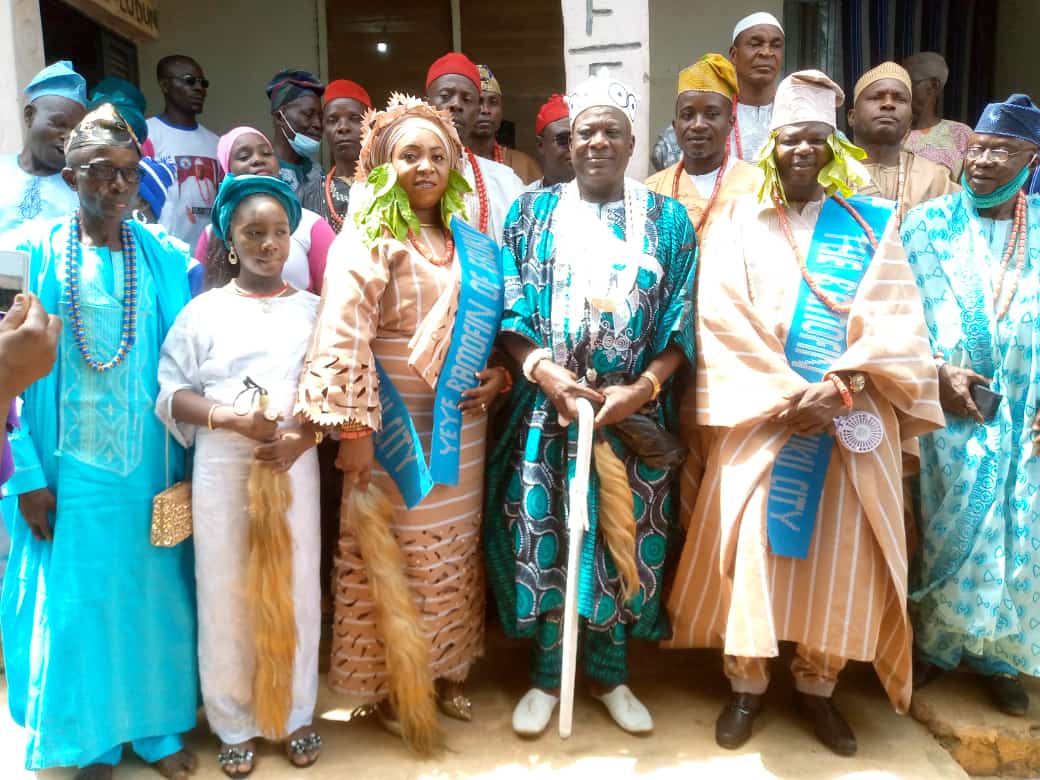 A Philanthropist, Barrister Kolawole Omotinugbon Honored With The High Chieftaincy Title of B’amofin Of Erukucity

Barrister Kolawole Omotinugbon, is an exceptional man he wears many hats. He has established himself in business; and as a foremost Abuja based Legal Practitioner and one time Secretary of Nigerian Bar Association, FCT Chapter, in the society today he remains an humanitarian, philanthropist and peace ambassador.

The journey which started on Saturday; April 3rd, 2021 when “The Royal Majesty”! Oba Busari Ayinde (Amuludunloye1), The Owa of Erukucity, proclaimed Chief Barrister Kokawole Omotinugbon as the new B’amofin and his wife Yeye B’amofin of Erukuland.

By this singular honour, all the Amicable clubs of Erukucity, family, friends, associates and well-wishers were all present to grace the occasion.

He thus became an ancestor, which is the highest honour a mortal can aspire to, without becoming a deity.

His commitment to our dear hometown cause, his lifelong pursuit for the propagation of Erukucity values and ethos, and his unflinching loyalty to Yoruba ancestry, will ensure he reign as the B’amofin for a very long time, in honour of this, there were many Chiefs from neighbouring towns, and dignitaries from every part of the State both in diaspora as Erukucity was agog.