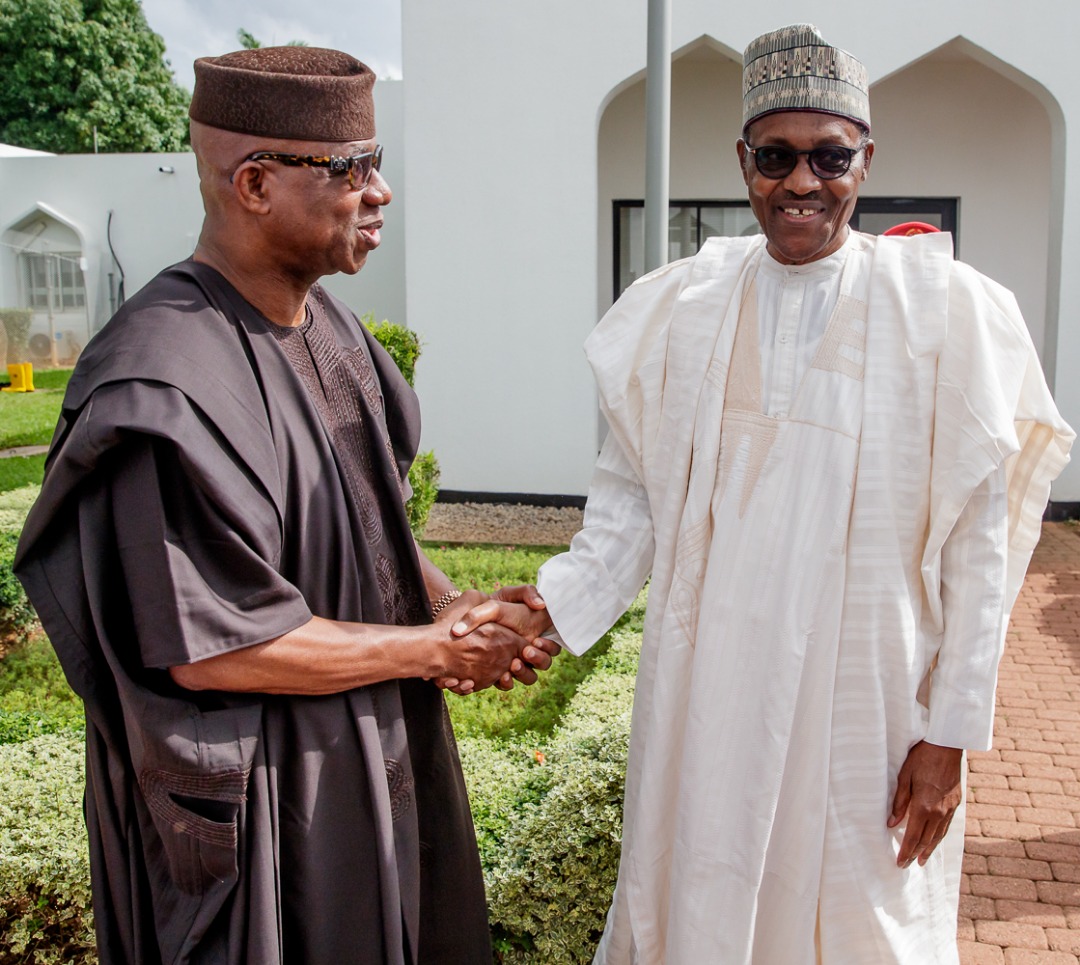 2.​ For us, as a Government; the Family of Late Moshood Kashimawo Olawale Abiola of Gbagura Quarters of Abeokuta; and, the entire good people of Ogun State, Mr. President, you have done us a great honour. And as our people say, “Eniti a se lore ti ko dupe, bi olosa ko ni leru lo ni”. Literally translated as “He, who refuses to acknowledge a good deed, is no better than a robber”. Therfore, Mr. President, I stand on behalf of the Government; the Family of Late MKO Abiola; and, the entire good people of Ogun State, to thank you most sincerely, for the honour done to one of our illustrious sons.

3.​ Indeed, this honour is not only to MKO as he is fondly called, but the entire good people of Ogun State. Mr. President, you have demonstrated in unambiguous terms that you are a true democrat
.
4.​ Mr. President, Ogun State occupies a preeminent position in all fields of human endeavour in Nigeria. Time and space will not permit me to list our firsts, and/or, trail-blazing records in different spheres of human life. But for the purpose of this gathering, I will mention a few: The individual and collective roles of heroes and heroines such as the Sage, Late Chief Jeremiah Obafemi Awolowo; Late Reverend Isreal Oludotun Ransome Kuti, and his wife, Late (Mrs.) Funmilayo Ransome Kuti; and so on, in the independence of Nigeria, is written in stone. Even after independence, the roles of Ogun sons and daughters in entrenching good democratic principles and processes, cannot be forgotten in a hurry.

5.​ We also recall that during the turbulent period of our democratic history, especially after the June 12, 1993 election and the return of democracy in 1999, we cannot but mention the names Ogun sons and daughters in that struggle to bring back democracy. Names of Professor Wole Soyinka; the Late Kuti Brothers, Professor Olikoye and Dr. Beeko will continue to resound. We are lucky to have in this gathering, one of the dogged fighters in the NADECO trenches, Senator Olabiyi Durojaiye. And not forgetting a generalissimo on many fronts, Baba Olusegun Osoba, our revered leader.

6.​ Needless to say that it is a son of Ogun State, Chief Earnest Sonekan that was entrusted with the leadership of the Interim Government: a move which doused the tension generated by the annulment of the June 12 election.

7.​ We must not forget, Your Excellency, that the democracy we are enjoying today, was paid for by the blood of a great and illustrious son of Ogun State. The man, Abiola, even in death, means many things to many different people. He was a Pan-Nigeria- as at that time he had friends in all parts of Nigeria. He was a Pan-African and an ardent supporter of the Black Congressional Caucus in the United States of America and other causes in support of the black race and humanity in general. He was also passionate about the reparation struggle. He was a lover of sports- which earned him the title: Pillar of Sports in Africa. He was a philanthropist. He was a bridge builder among people of many races.
That was MKO before contesting the June 12 Presidential election. Clearly, it was his passion for the development of humanity that made him name his campaign slogan “HOPE 93”. That hope was dashed; that hope was broken and washed away when MKO died in incarceration on 7th July, 1998 at the age of 60.

8.​ As a government and as people of Ogun State, we are quite aware that we carry a big burden, but we are proud inheritors of the legacies bequeathed to us by all this heroes and heroines. We owe it a duty to all of them, dead and living, to ensure that Ogun State sustain its enviable position among the comity of States in Nigeria.

Borrowing the words of M.K.O. “only real democracy can move our nation forward towards progress, and earn her the respect she deserves from the international community”.

9.​ Indeed, our administration’s “Building our Future Together” agenda encapsulates the focus of Awolowo and Olabisi Onabanjo in education, agriculture and governance; the ground-breaking records of the Ogunlesis, Lambos, Olikoyes in medicine and entrenching human right; the model of Baba Osoba in rural development; the prowess of Anthony Asiwaju and Biyi Afonja in academia; to mention but a few. These form the basis for our Administration’s unalloyed commitment towards upholding the principle of good governance – governance that is participatory, inclusive, responsive, effective and efficient – that will ensure a free, fair, equitable and just society for the people of Ogun State, and all those who have made our dear State their home.

10.​ Mr. President, distinguished Ladies and Gentlemen, permit me to recount a story ascribed to Chief MKO Abiola – Late Dr. Rolihalahla Nelson Mandela, one-time President of free South Africa and one of Africa’s greatest – who dedicated his Pan African Broadcast Heritage Award to the memory of Late MKO Abiola. At the event, the Madiba was represented by the then President of South Africa, His Excellency, Thabo Mbeki. Mr. Mbeki recounted a story that MKO told him. Mr. Mbeki said Abiola told him a story of the black ants and he described how dangerous the black ant is. He said that MKO described the black ant as very small but one that could wreak much havoc if it had access to one’s clothing. He quoted MKO as saying that it was easier to take care of the black ant than to allow it to wreak havoc. In Nigeria today, no one will deny that our own black ant is corruption. Mr. President, no matter what the skeptics say, you are fighting Nigeria’s black ant. Let me therefore use this medium to enjoin all Nigerians, at home and in the diaspora, to join hands with President Muhammadu Buhari in the anti-corruption crusade so that we all kill corruption rather than allowing corruption to kill Nigeria.

11.​ Mr. President, let me assure you that the government and the good people of Ogun State are appreciative of your recognition of Late MKO Abiola. The fact that the award of Grand Commander of the Order of the Federal Republic (GCFR) is reserved for only those who has served Nigeria at the highest level is a clear indication of your love for Ogun State. Mr. President, let me once again reassure you that the government and the people of Ogun State will continue to collaborate, support and cooperate with your Administration at the Federal level to ensure that the dividends of democracy and benefits of good governance get to the generality of the people of Nigeria. We are committed to giving priority to the people as the focus of our Administration. We will rekindle the hope of the people and reawaken their belief in their government That is the best memorial we could ever give MKO.

12.​ Mr. President, as I end this address, I cannot but express our appreciation. Once again, as a government and people. Let me say, we will always be grateful in words and in deeds at all the time.

13.​ I thank you all for listening, and God bless.