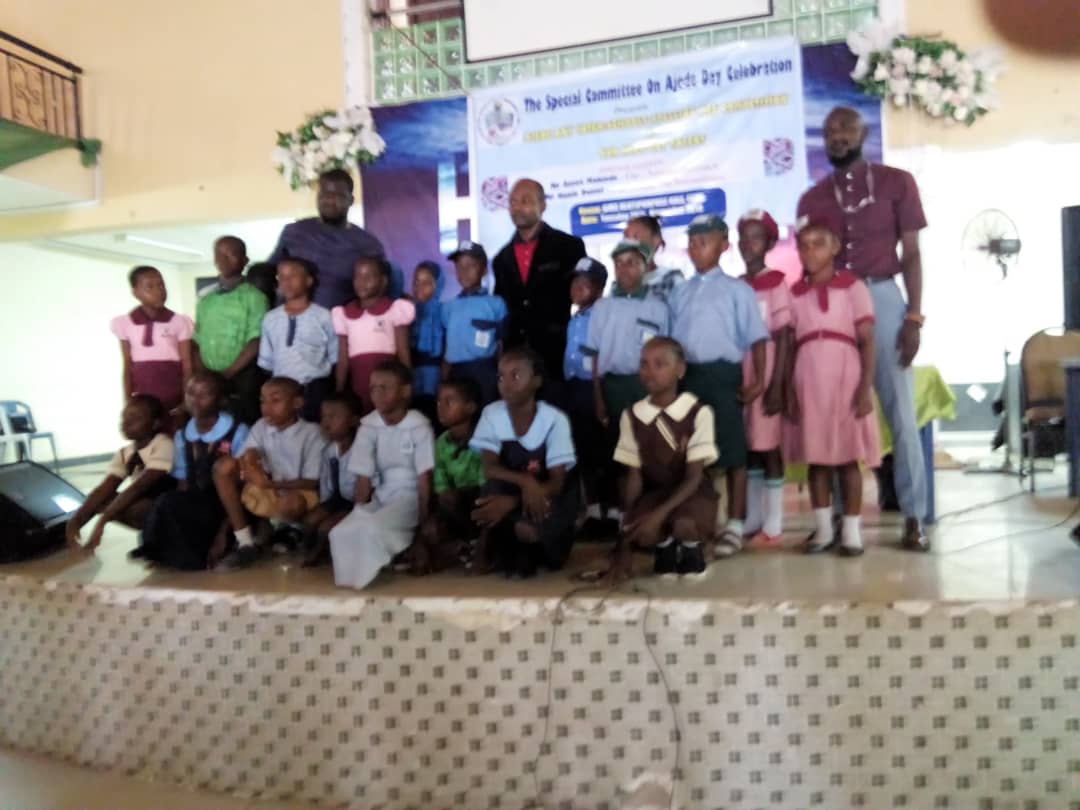 Indigenes of Ijede community and environs converged in Ikorodu, Lagos State in celebration of the 2019 edition of AJEDE Day that featured a weeklong entrepreneurship/vocational training programme, and inter-school spelling bee competition/Our Kids Got Talent among other activities.

Speaking Engr Lamidi Abiodun, chairman of the inter-school spelling bee/Our kidsGotTalent, at D Jos Hotel in Ijede where the competition held,
explained that the event, which was organised by the community, aims at promoting excellence and healthy competitive spirit among primary and secondary school students in Ijede community and environs.

According to him, the essence of the tournament is to enable the young minds exercise their creativity in English.

“It is a great way to encourage reading culture among our youths. It will help thousands of students improve in their knowledge, increase their English grammar and the usage,” he stated.

Engineer Lamidi added that the competition by the organisers is a way to pay back the community.

“It is important we have found a way to encourage these our future leaders to strive for more. This is because those of us resident around the Egbin Power Station use this opportunity to pay back to the community and support them by giving out schoolarship to indigenous student since 30 years now.

“I am happy such programme is going on; we did not have the opportunity during our time. Through this programme we discovered more than four students who have talent but without formal education; we had to take it up from there.”

Comrade Olakunle Matti, secretary of Ijede Development Foundation, noted that the competition is to bring students in primary and secondary schools together, and hence discover fresh talents every year.

He said as a result of the event, the foundation had discovered and produced over 70 First Class students from the community in the last six years.

“Our core objective is to support our children who are talented and make them excel academically. This year alone we have spent N2 million in support of their education; to equip them for their tomorrow as the nation’s future leaders.”

He also reiterated that the celebration of Ajede Day, “which brings everyone together, including some of the brightest children in the community, is to promote the socio-cultural values of our community.”

An indigene, Mr Makinde Azeez, a blogger, said his joy was two-fold: first for participating as well as giving back to his community by bringing expert to develop the community in technology.

Stressing that he didn’t have the opportunity today’s youths have, he nevertheless urged them to maximize their chances, and not follow negative influences if they desire to be great in life like the Dangotes or Jim Ovia, owner of Zenith Bank.

The primary schools that took part in spelling bee competition were 11 in number. In the primary school category, Uncle Shodis emerged first, while Powerfield came second and Al-qudus came third with respective prizes of N15,000, N10,000 and N5,000.

In the secondary school category that had 16 participating schools, Adex school emerged 1st, followed by Powerfield school, while Dil-John came third, all carting home their respective prizes as above.