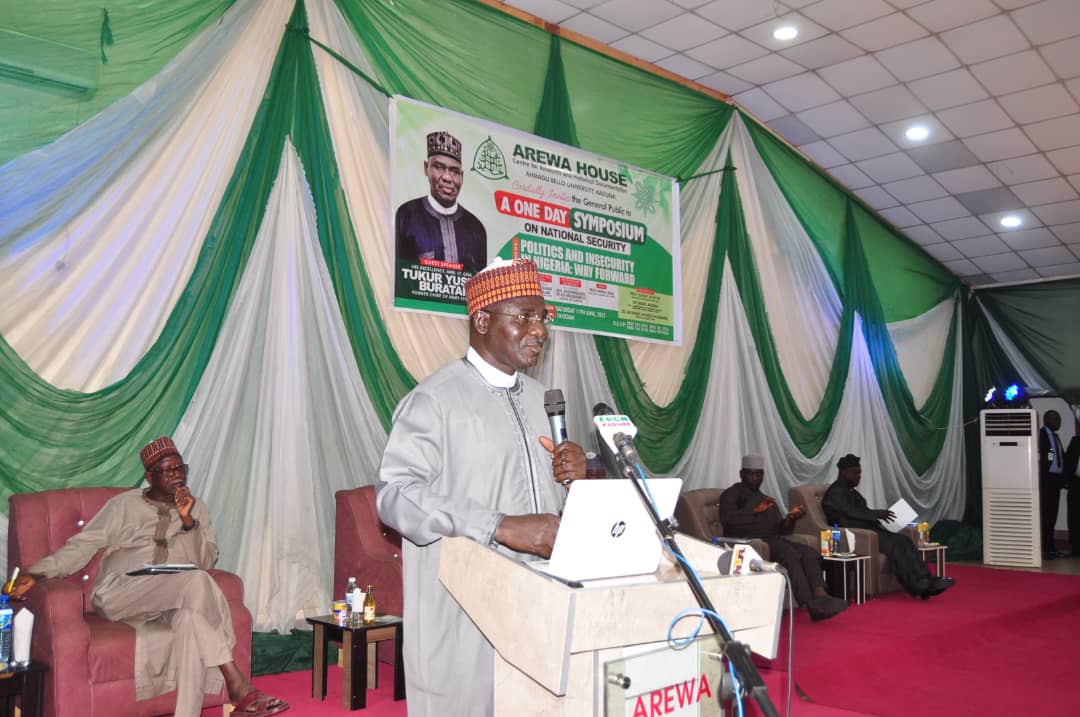 The menace of insecurity beguiling the country could be nip in the bud if the recommendations by His Excellency, Amb. Lt.Gen. Tukur Yusuf Buratai (Rtd), former Chief of Army Staff are put in place at a lecture he delivered at the one day symposium on National security organised by AREWA House, Ahmadu Bello University, Kaduna on Saturday, June 11th, 2022.

Themed, Politics and Insecurity in Nigeria: Way Forward, Buratai who is the guest speaker proffered kinetic and non-kinetic measures which are fundamental to totally eradicating insecurity in our society.

As the Guest Speaker at the prestigious Arewa Lectures which Buratai confirmed his position as a credible spokesperson on politics and security issues in Nigeria. This is not unconnected to his experience as a veteran in the army after over two decades of services and most recently his sojourn in politics recently at the APC primaries where his principal, Rotimi Amaechi came second.

In his objective report, he highlighted Nigeria’s democracy since 1999 and the challenge of insecurity facing us as insurgency and terrorism, banditry and kidnapping, farmers and herdsmen clashes and agitation for succession.

Buratai reiterated his stance that National security is a collective responsibility and various state institutions have different roles in combating the menace of insecurity challenges in the country expecially the role of governments at all levels, the judiciary, the AFN,the Nigerian police and the intelligence organisation.

Thus, in charting the way forward, he stated that for a safe and secured Nigeria , focus should be geared more towards non-kinetic measures that would aim at addressing the underlying root causes of the insecurity rather than treating the symptoms.

” in charting the way forward, it is imperative to adopt a whole of society approach in confronting insecurities in the country. Focus should be geared more towards non-kinetic measures that would aim at addressing the underlying root causes of the insecurity rather than treating the symptoms. It is also pertinent to note that Kinetic means are employed to create conditions for negotiations, mediations and dialogue. Accordingly, some of the ways that could be adopted to contain the challenge of insecurity Include adoption of a comprehensive and integrated approach and sustaining the ongoing judicial reforms. Others include the reiteration of DICON, sustaining the ongoing reforms of the NP and procurement of modern platforms and systems for intelligence gathering”.

Finally, Buratai buttressed the fact that adoption of a comprehensive and integrated approach would entail MDAs and the entire society playing key roles in tackling the country’s security challenges. According to him, it will entail the involvement of critical stakeholders from different sectors of the society, such as religious leaders, youths, teachers, women, civil society, traditional rulers, media, law enforcement as well as the security and intelligence agencies.

He noted that currently, most of the citizenry consider security challenges as the sole responsibility of the police and security forces. However, the possibility of the military or the police being ubiquitous is not possible. Thus, there is the need for the public to be constantly sensitised and enlightened on their roles as stakeholders in the security architecture of the country.

The lecture delivered by Buratai was part of the Arewa house lecture series, 2022, and some of the dignatires who were ably represented by His Excellency, Mallam Nasiru El Rufai, the executive governor of Kaduna stare, His Excellency Prof. Babagana Zulum, the executive governor of Borno state, His Eminence Alhaji Sa’ad Abubakar III, the Sultan of Sokoto and other notable Nigerians like Sheik Gumi. 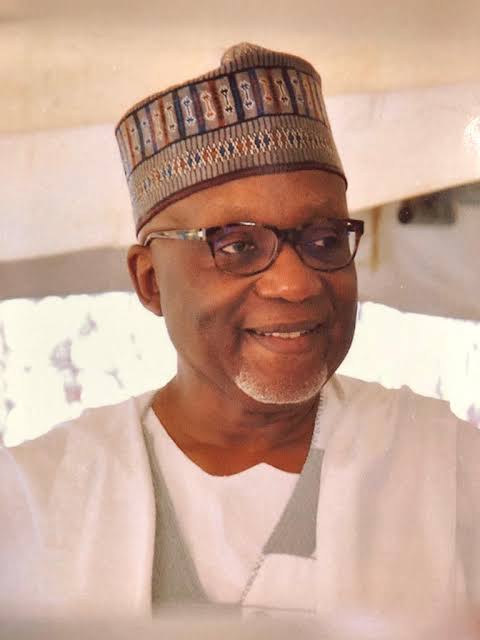 Chairman, Board of Trustees (BoT) of Arewa Consultative Forum (ACF) Kwara State chapter, Dr Alimi AbdulRazaq, has urged President Muhammadu Buhari to intensify the war against terrorism towards finding a lasting solution to insecurity in the country.

Alimi who is a legal icon and Mutawali of Ilorin also called on the leadership of the ACF and all Nigerians to join hands with the federal government to urgently halt insecurity in the North in particular and Nigeria in general.

Speaking during a meeting with the executive members of Kwara State’s chapter of ACF led by their chairman, Dr Mohammed Ghali Alaaya, Alimi noted that the government needs the support of all Nigerians in tackling the hydraheaded security challenges facing the country.

He, however, urged the government to do more in funding the security agencies, adding that more still needs to be done in the area of intelligence gathering in the fight against insurgency, banditry and other violent crimes across the country.

Alimi, who identified unemployment as one of the causes of insecurity applauded the federal and state government’s efforts at creating massive employment opportunities for the teeming unemployed youths through implementation of robust agricultural policies.

He described the government’s considerable strides in the development of agricultural value chains through the interventions of the Central Bank of Nigeria (CBN) as a right step in the right direction.

On the reviewed agenda of ACF in Kwara, Alimi said:

“Today’s meeting is a watershed in the life of ACF in Kwara State. It gives us fresh opportunity to recommit ourselves to the developmental agenda of northern Nigeria as integral part of a united , stable , secured and prosperous Nigeria .
We shall make it more impactful in terms of the development of Kwara and Arewa.”

Alimicharged the ACF state executive to expedite action on her ongoing programs and projects including the acquisition of a befitting secretariat for the forum.

The ACF leader expressed great delight on remarkable achievements of Governor AbdulRahaman AbdulRazaq in all sectors , particularly education , health , human capital , security ,youths and women inclusiveness ,civil service as well as poverty alleviation despite of the dwindling resources of the state.

Earlier, the ACF chairman in the State,Dr Mohammed Ghali Alaaya, had intimated the BoT chairman with the prospects and challenges of ACF in the state, seeking his support in the areas of policy and project implementation.

He appealed to Alimi to use his good offices to reposition ACF in Kwara, pointing out that “ the need to unify and integrate our people is paramount , but priority should be given to curbing insecurity in the north. We need to promote dialogue across ethnic and religious lines .”

Alaaya pledged the commitment of his team not to only reinvigorate the ACF in the state, but also to provide the platform to evolve policies and programs that will meet the yearnings and aspirations of the people of the state and complement the efforts of government at all levels 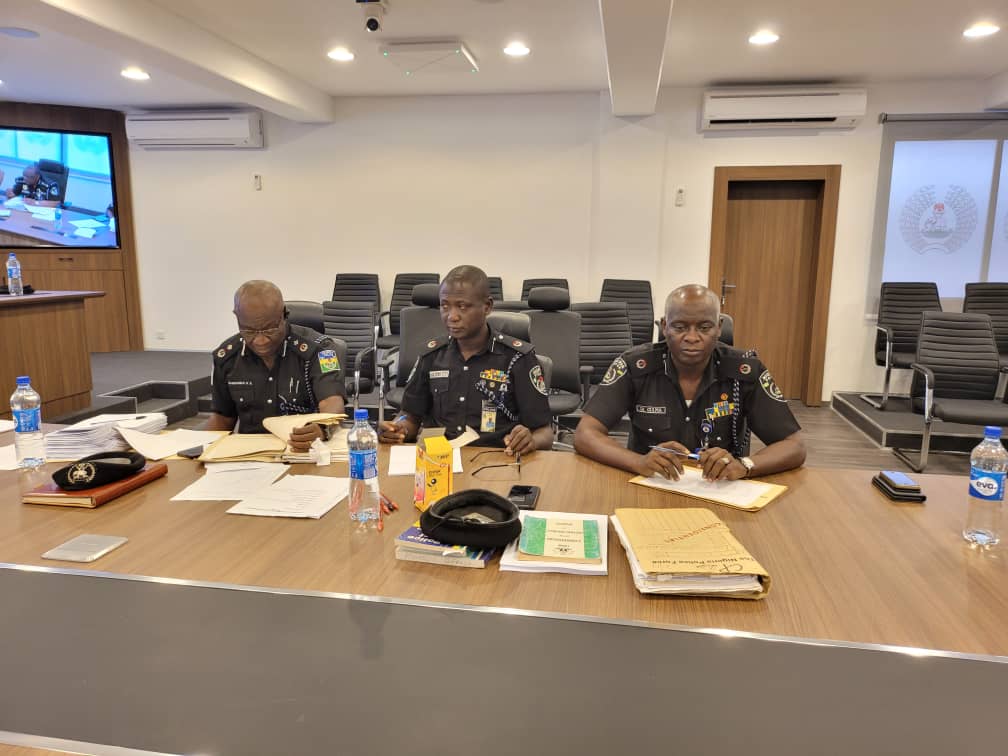 The Inspector-General of Police, Usman Baba, has announced that the Nigeria Police Force is set to digitize operatives’ identification using e-Warrant Card.

According to a statement signed by Force Public Relations Officer, CSP Olumuyiwa Adejobi, and made available to National Association of Online Security Reporters, NAOSRE on Wednesday.

The system was launched to ensure standardization and upgrade of the Force identification system.

Adejobi said that the project which commenced with the approval of the IGP is being carried out by Police ICT experts attached to the Department of Information and Communication Technology (ICT), Force Headquarters, Abuja.

The Inspector-General of Police e-Warrant Card would provide seamless identification of officers and possibility of solving criminals impersonating police officers.

“The e-Warrant Card would provide seamless identification of officers all over the country as well as eliminate the possibility of criminal elements presenting fake identity cards at police stations personating themselves to be police officers.

“Upon its launch, it would engender a full digitalization of police identification nationwide and provide a valid basis for effecting arrests with warrants in line with extant laws, and many other benefits attached to the use of such e-warrant cards,” the statement read. 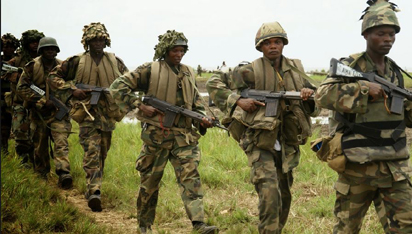 On Wednesday 29 June 2022, troops of the Nigerian Army (NA) deployed in Shiroro general area responded to a distress call of bandits attack on people operating a mining site. Enroute the location, the troops ran into an ambush staged by the criminal elements. Sadly, a number of personnel paid the supreme price in fierce firefight that ensued.

Subsequently, the location has been reinforced and troops are on the trail of the criminals with some already neutralized. The GOC 1 Division has moved to the location to take charge of the follow on operations.

The NA notes that some clips of the incident have surfaced online and wish to encourage well meaning Nigerians to exercise some restraint in posting images of such occurrence, mindful that our brothers and sisters who may have lost their breadwinners deserve to be properly notified and not to get such information via the media. We mention this, mindful of the inalienable rights of citizens to use the social media which is respected.

It is also necessary to clarify that activities of the criminals was not on any critical national asset or infrastructure. Furthermore, the NA calls on all Nigerians to continue to support the efforts of their military personnel who continue to confront the enemies of our dear nation.