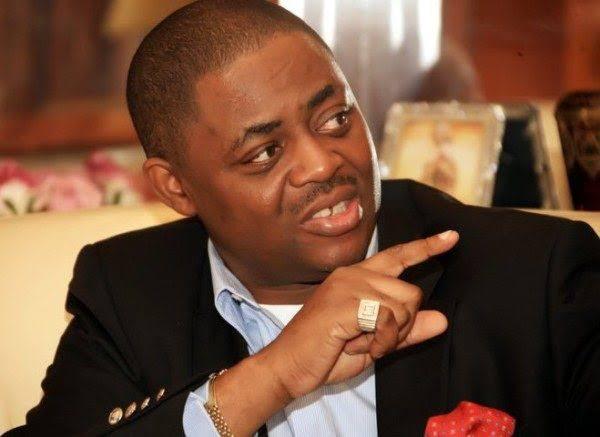 Abassador Richard Grenell, who was U.S. Ambassador to Germany, has just been appointed by President Donald Trump as the U.S.’s Acting Director of National Intelligence.
This was the man who, in 2015, wrote a brilliant article for the Washington Times titled “Nigeria On The Brink” in which he warned about the dangers of electing Gen. Muhammadu Buhari as our President and cited his links to and sympathy for Boko Haram and Islamist terror.
I remember commending Grenvill at the time and qouting him extensively in one of my essays that year. I thank God that this man is now the most powerful man in America when it comes to intelligence-gathering, espionage and security matters.
He is a profoundly good man and a strong and God-fearing Evangelical Christian.
Most relevant to us is the fact that he recognises the strategic importance of Nigeria to the United States, he fully appreciates what we are being subjected to by the present administration, he has a deep interest in our affairs, he cares for us and he knows the mess that we put ourselves in by “electing” Buhari and allowing him to steal his mandate both in 2015 and 2019.
Needless to say the events of the last five years have vindicated him and proved him right. They have vindicated and proved yours truly right as well.
Buhari’s links with and obvious sympathy for Boko Haram, ISWA, the murderous Fulani herdsmen and Islamist terror generally is obvious to the discerning and increasingly clear to even the village idiot, the court jester and the fool.
The consequences of his savage and relentless  tomfoolery and his determination to implement an incendiary and dangerous religious and ethnic agenda is that within 5 years Nigeria will break into two or more pieces.
I say this because the people of this country will not sit back and allow the Islamists, the ethnic supremacists and the jihadists to turn us into slaves and butcher us all.
They will not sit back and allow us to be islamised and conquered. They will not sit back and allow Christians and moderate Muslims to be slaughtered like flies and butchered like Salah goats and Christmas turkeys.
They will not sit back and allow Africa’s most prestigious, most precious, most noble, most honorable, most enlightened, most innovative, most resilient, most courageous, most adventurous and best educated people to be run, ruled and ruined by a group of  violent and demented cow-loving and camel-adoring Janjaweeds who come from another world and who hail from another century.
When push comes to shove the people will fight back. It is only a question of time. Things are warming up now and we are almost there. The old generation took rubbish from these aliens but the new generation will not.
You release and rehabilitate dangerous and savage Boko Haram terrorists. You draft them into our Army. You pay them huge sums of money as ransoms. You pamper them. You cuddle them. You tell them that one day they can even be President. And now you want to set up a Federal Government agency to reward them, take care of their needs and look after them.
Have you not rubbed our noses in it enough? Do you expect us to take all this for much longer? Do you believe that every Nigerian is a coward?
Do you believe that we will all continue to suck your rectum, eat your shit and accept your nonsense forever? If so you are wrong! So wrong! And in the coming months and years we will prove it!
The world is laughing at Nigeria and weeping for us at the same time. We are being ruled by people from the stone age who see mass murder, ethnic cleansing and genocide as an art and as an acceptable way of expressing their will and implementing their agenda.
But now the die is cast and Caesar has crossed the Rubicorn. We will either have a Nigeria where such barbarity has no place and where all men are considered as being equal before God and the law, regardless of ethnic nationality or faith, or we shall have NO Nigeria at all.
That is the new reality. Take it or leave it. And if it proves necessary be rest assured that we the people of Nigeria shall fight for it.
Yesterday I wrote the following words on Facebook and Twitter and I stand by them.
“A Federal agency for “repentant” Boko Haram members is to be established? An agency for ravenous and merciless beasts that slit open the throats of women and children, behead clerics, abduct and enslave thousands of innocent, defenceless and helpless compatriots and bomb places of worship? This can only happen in a “shithole” country and a zoo. It is EVIL. We warned you but you would not listen. May God curse every single one of those that put us in this mess in 2015 by bringing these heartless bloodsuckers and monsters to power!”
I say a big AMEN to that!

SERAP, others sue Gbajabiamila, Reps over ‘plan to spend N5.04bn on 400 exotic cars’

OUR REFORMS ARE TO ATTRACT MORE INVESTORS TO OGUN – ABIODUN