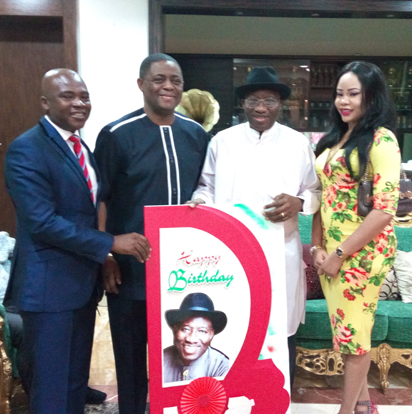 He wrote: “The police and army prevented PDP agents from watching the polling booths. APC thugs threatened and beat PDP voters.
“Journalists and election observers were prevented from monitoring and covering the process. Many of them were manhandled and beaten up. The APC openly bribed voters with 100,000 naira each. Is this an election? No sir!

“The truth is there was no election in Osun today. It was violence all through. It was daylight robbery and theft. It was a violation of the dignity, rights and sovereingty of the people of Osun state and Yorubaland.

“As a people we have been down this road before in 1964,1983 and 1993 and there were serious and severe consequences. Those that have done this today have refused to learn from the lessons of history and I have little doubt that sooner or later there will once again be grave consequences and they will reap what they have sown.

“This is no longer about PDP or APC but about the dignity and liberation of the Yoruba people. Those amongst us that have chosen to collaborate with the barbarians that seek to keep us in slavery and bondage will pay a heavy price.

“We are not intimidated. They stole our votes, robbed us of our victory, raped our dignity, rubbished our self-respect and violated our rghts. Many of our people were insulted, intimidated, humiliated, beaten, wounded and maimed and our supporters were chased away from the polling booths by thugs abd security agents.

“They subjected us to all this but we remain confident and strong. Our heads have been bloodied but they are not bowed. There will be a day of reckoning for this great evil that has been visited upon our people and that day will soon come. Whatever they do or say we know that God is with us and He will never forsake us.

“In the end justice shall be done and the victory shall be ours. Buhari, Tinubu, Oshiomole, Aregbesola and their APC are playing with fire and that fire will soon consumme them.”

Related Topics:coverstoryOsun election
Up Next