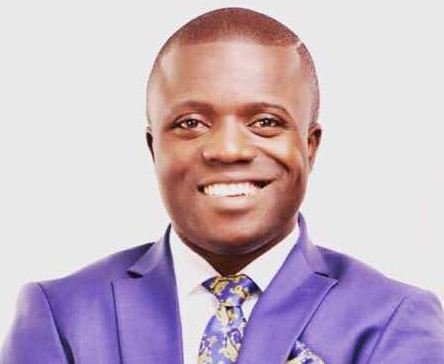 The Apostle with prophetic mantle, Apostle Omotosho Tope Joseph has reeled out fresh prophecies for 2020 which covers Nigeria in particular and the world at Large. In an exclusive chat with me, he unfolded his predictions for 2020.

It would be recalled that over the years, he has given lot of prophecies which bothers on the state of the nation , the world and all sectors of the economy.  Here is the prophecy as received from him:

2020 is going to be great year for the children of God and a year of repentance for sinners.

1) Let us pray against the death of a prominent Islamic scholar and a Pastor.  Let us pray against religious crisis in Nigeria. I see mosques being attacked by Christians and churches being attacked by muslims. I see Kaduna crisis coming up again unless the state government seriously calmsit down. Once the crisis comes, Government should address it. Government should try and have a dialogue with Tivs and Jukuns because the crisis between them are political and religious in nature.

2) The British prime minister may not finish his tenure because there will be crisis.  I see Russia being attacked. Ukraine and America having issues, deeper than the one we see in 2019. I see massive protest against Boris Johnson and American President. An attempt to impeach Donald trump will make him more   popular and enhance his chances of winning the elections in 2020. I see a gang up against Boris Johnson that will disallow him from finishing his tenure. Brexit will collapse the British economy because the economy will go weak. I see Donald trump shedding tears over a one time senator and a singer. Let us pray for his salvation.

5) Customs will run into debts and the president will be forced to open border in 2020. West Africa will have a common currency in 2020.

6) Governor of Adamawa will not be removed from office but will win 2nd term.

7) Let us pray against Refinery explosion.

8) I see governorship forum waxing stronger in Nigeria. 2020 budget will not boost the economy.

9) There will be violence in these states; Jigawa, Jos, Zamfara, Adamawa, Kaduna, Bayelsa, Cross River, Ogun, Benue, Kogi, Oyo, Enugu, Katsina but God will give Oyo state governor the wisdom to tackle the problem that it will not escalate. There will be a major attack in Abuja, Kano, Portharcourt, Kano,Kaduna, Borno and Onitsha. Let us pray for all the monarchs in Nigeria.

10)  NASS will work with the President. Government will avert NLNC strike in 2020. I see problem at the APC and the PDP top level that will cause the Deputy governors and speakers tp be removed. I see problem in NPA and Police Commission.  I see 2 secretaries to the state government being removed from the office from conspiring against the Governor. Nigeria should watch out because Xenophobic attacks will be so high that even the  government will not be able to tackle it.

12)  I did not see Nigeria oil reserve lasting for 50years. Femi Otedola should pray, he will have issues in his investment plans. He will face some scandal in his business. Obat oil should pray.

13) Akeredolu will win elections but needs to pray for his first Lady.

14) 2020 we need to pray against building collapses. Ocean surge May cause ship wreck.

15) I see changes in Customs, Prisons amd Immigration although Customs will face problems with the Ministry of Finance.  Naira will loose more value against dollar and pounds although CBN will pump money but it will not work. CBN will put some banks under pressure to merge. They’ll be much money in circulation in 2020. The rich  will become richer and poor rich.

16) There will be serious issue in Nigerian music industry that will cause a serious setback. Amina Dangaji will be called to solve the problem. Let us pray for a popular radio presenter and a newspaper publisher.

17)  In 2020 lagos state governor will bring a new policy that will be make the state better but wicked cabal will not allow it to come to pass.  I see a Muslim becoming the next governor of Lagos state. Oyo state governor will take a giant step. I see the hand of God on that man’s life. I see the governor of Ondo state coming back for a second time with a narrow escape. Some senators and house of Reps will be removed.

18) The National Aviation system will face crisis.  I see Air Peace and Medview borrowing money.  Let us pray for Dana, Ethiopian and British airways. Nigerian National carrier  will have a beautiful definition but no destination.

19) Many Insurance companies will shut down. The state  police will not be established.  Let us pray for the Police force. There will be issue with ranks. I see Nigerian Army in indictment that will cause the service chief to be changed immediately.  Boko Haram will come back with full force but we pray that our army will not be wasted.

20) Lagos and Abuja medical team will go strike. There will be change in some media houses in Nigeria.  Labour and the Nigerian government will fight over minimum wage.  Let us pray against sickness in Nigeria,  Fever, Cholera  and Meningitis.

21) Lagos state government will discover the hide out of terrorist group although one market will be set ablaze. I don’t see this government reducing unemployment but there will be fake employment scheme everywhere. Nigeria Agricultural project will experience fraud that the government will not be able to support farmers. The governor of Ogun will perform excellently well.  I see fulani herdsmen taking another another way of kidnapping but in 2020 terrorists group will diminish because the army will suppress them.

23) Jamb and Waec will experience problems.

24) The custom will intercept a truck load of weapons.

25) Fire attack on Tincan island will be averted.

26) Some airports will be shut down for renovations.

27) Some governors will fight over themselves over who is performing well.

28) There is a going to be a terrorist group that will launch attack in saudi arabia that will cause the petroleum market to crash. I see Iran and other arab countries working against America.

29) There will be changes in Lasaco and aiico insurance.  Let us pray for the MD of Oando. Exxon mobil needs a lot of prayers. MRS oil needs  prayers.

32) I see CBN redeploying their past  Governors and deputy governors.

33)  I see a document that will indict the Nnpc and the GMD will be under pressure to resign.

35) There is no candidate that can defeat Obaseki, the governor is God’s project for Edo state.

37) Atiku will loose in Supreme court. God is preparing a new person for 2023 elections.

38) Dangote should pray for his Business not to experience challenge.

39) I do not see Igbos becoming president in 2020 even the North. Who will become the president will shock many.

40) The SFG will face indictment.

41)  There will be poor electricity supply.

42) I pray universities will not be shut down because of fire crisis and immorality by lecturers.

43) Megu will be confirmed as the chairman of Efcc.

44) I see APC and PDP coming together to form a party in 2023 that will take over from the presidency amd kwara state government.

45) I see the Judiciary being used to fight those who oppose the government.

46) Oshiomole will be removed by the cabal.

47) Malawian president will face challenges and will be probed. This will lead to the weakening force of the Malawian army.

48) Vizcarra martins will be the next president of Peru.

49) The only way Haiti will have peace is when they protest and remove the Haitian President.

50) The president of Israel  Reuven Rivlin will be probed amd changed.

51) UN will loose an executive director and some of their aid workers will be kidnapped and killed but God will intervene.

52) Miners will be attacked.

53) Hong Kong will come out of China.

54) I see a military coup not being successful in one of the African countries.

56) The Cabal will mot allow Osibanjo to rule but he has great intention.