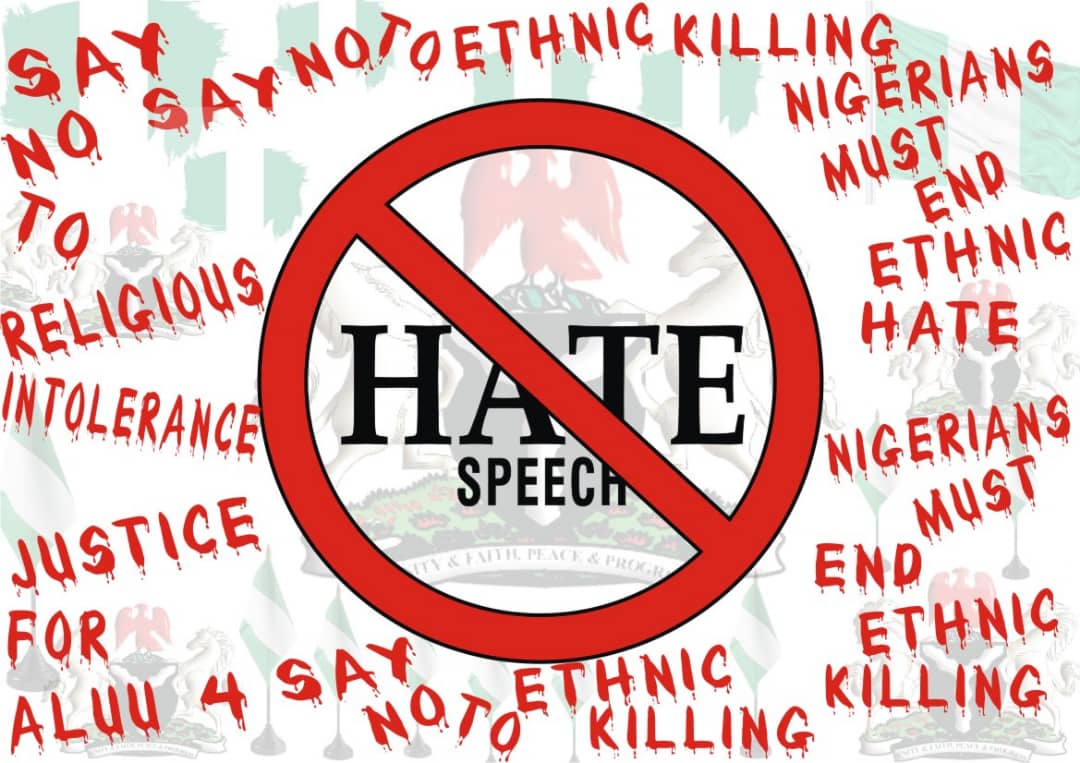 …Says Nigerians are beginning to rally strongly behind legislation

Deputy Chief Whip of the Senate, Senator Aliyu Sabi Abdullahi, has said the passage of the Hate Speech Bill under consideration by the National Assembly will address all issues of discrimination associated with religious and ethnic persecution in Nigeria.

Sabi Abdullahi stated this against the backdrop of impending sanctions faced by Nigeria following its inclusion on the ‘special watchlist’ of the United States Government over high cases of religious and ethnic persecution.

Also, the 2018 report of the United States Commission for International Religious Freedom (USCIRF), recommended Nigeria’s designation as a “Country of Particular Concern” (CPC) given the high cases of violence and discrimination recorded on the basis of religion and ethnicity.

The report indicted the Federal and State Governments of doing nothing to bring the situation under control.

Reacting on the development, Senator Abdullahi said “the escalating incidence of religious and ethnic violence in Nigeria stems from discrimination on almost all fronts which the Hate Speech Bill specifically seeks to address.

“The threat is real. With the inclusion of Nigeria on the watch list of the United States Government and sanctions to follow, it is only imperative for the legislature to act timely by introducing a law to deal with the menace which is becoming an embarrassment to the reputation of the country internationally.”

On the support of Nigerians for the Hate Speech bill, the lawmaker said, “I can tell you that the bill is receiving strong support from Nigerians across the country.

“Notable personalities across various professions are beginning to speak out in support of the bill in the media. This is not to leave out some members of the Academia that are rallying support for the bill’s passage by the National Assembly.”

He added that recent events have vindicated the introduction of the Hate Speech bill and expressed full confidence that Nigerians would come out massively to support it when the time is right.

He said, “Like I have always state, only those who are against the unity of Nigeria will oppose the bill by hiding under guise of protecting ‘Free Speech’.

“The Hate Speech Bill targets acts of discrimination and absolutely not Freedom of Speech as those with sinister motives who are opposed to the bill are trying to mislead Nigerians into believing.

“Before Nigeria is consumed by religious and ethnic violence, we must all rise to save the country from people using hate speech for personal gains.”