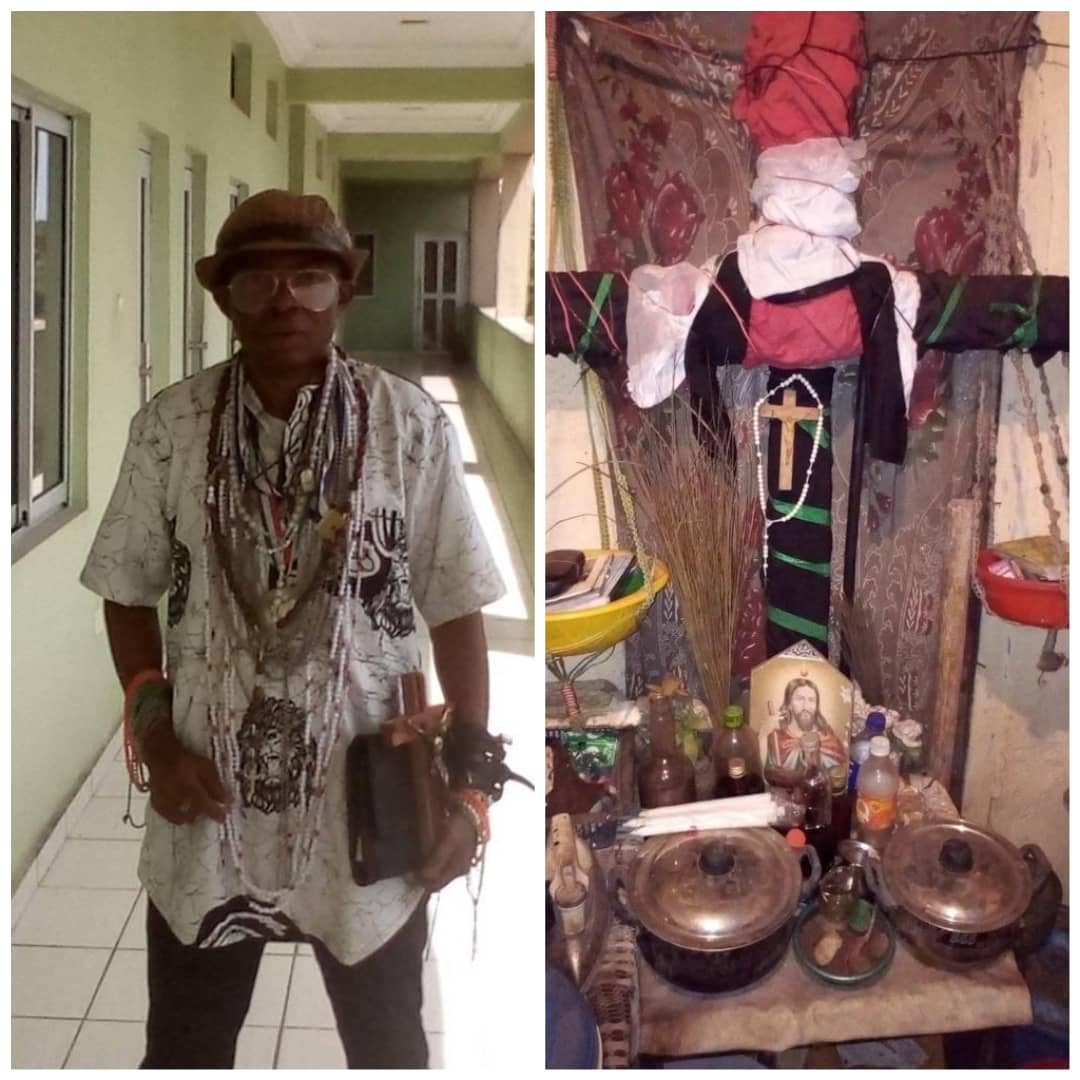 The attention of Pastor Chris Okafor’s Publicist and Libration City have been drawn to plans by some mushroom on- line medium called the Eagleonline, qed.com etc whose publishers are not visible, has been trying to extort and blackmail popular Lagos man of God, Pastor Chris Okafor with spurious allegations , and cooked up lies/documents.
It is a known fact as one rises, detractors will try to pull one down. But God says in the holy bible “they plot and plan, and God too plans; but the best of planners is God.”
Pastor Chris Okafor has truly proven that indeed, God’s servants can work relentlessly and tirelessly, and any attempt to ridicule him will fail , as good will always triumph over evil.
The plans by the Philips Anochie, publisher of the so-called theeagleonline.com qed.com and his increasing cohorts , will definitely fail , and Pastor Chris Okafor has not, and will not succumb to blackmail any longer.
SIGNED .
Media Aide to pastor. Chris Okafor
24th Nov., 2022.
Below is their malign/blackmail

Wife of Lecturer who accused Pastor Chris Okafor of destroying his family seeks divorce
university lecturer who accused accused the Senior Pastor of Grace Nation International, aka Liberation City, Chris Okafor, of keeping his wife and children away from him, has said his wife filed for a divorce.
It will be recalled that The Eagle Online had reported in October 2022 the out cry of the lecturer, Philip Anochie.
He noted that trouble ensued in his home after Okafor prophesied that he (Philip) plans to make his daughter mad.
He stated that his wife blocked his number and told their children to do the same.
He noted that efforts to contact his wife has being abortive as the wife now chase after different men in Lagos.
In a message to this news medium, Anochie noted that he was called by an unknown number to report to a High Court in Ota, Ogun State to acknowledge a divorce paper filed by his wife, Vivian.
The message reads: “Today, Friday 17th November 2022, somebody with phone number 08106911031 from Ogun state High court Ota, called me that Vivian, my wife, filed a paper for divorce that if I want my wife I should come.
“I told him that I am not coming that he should tell the court to grant her what she wants.
“I am free at last.
“Let us wait for the grand wedding at her 48 years with the man that rented the house.
“They should ensure the safety of my children.” 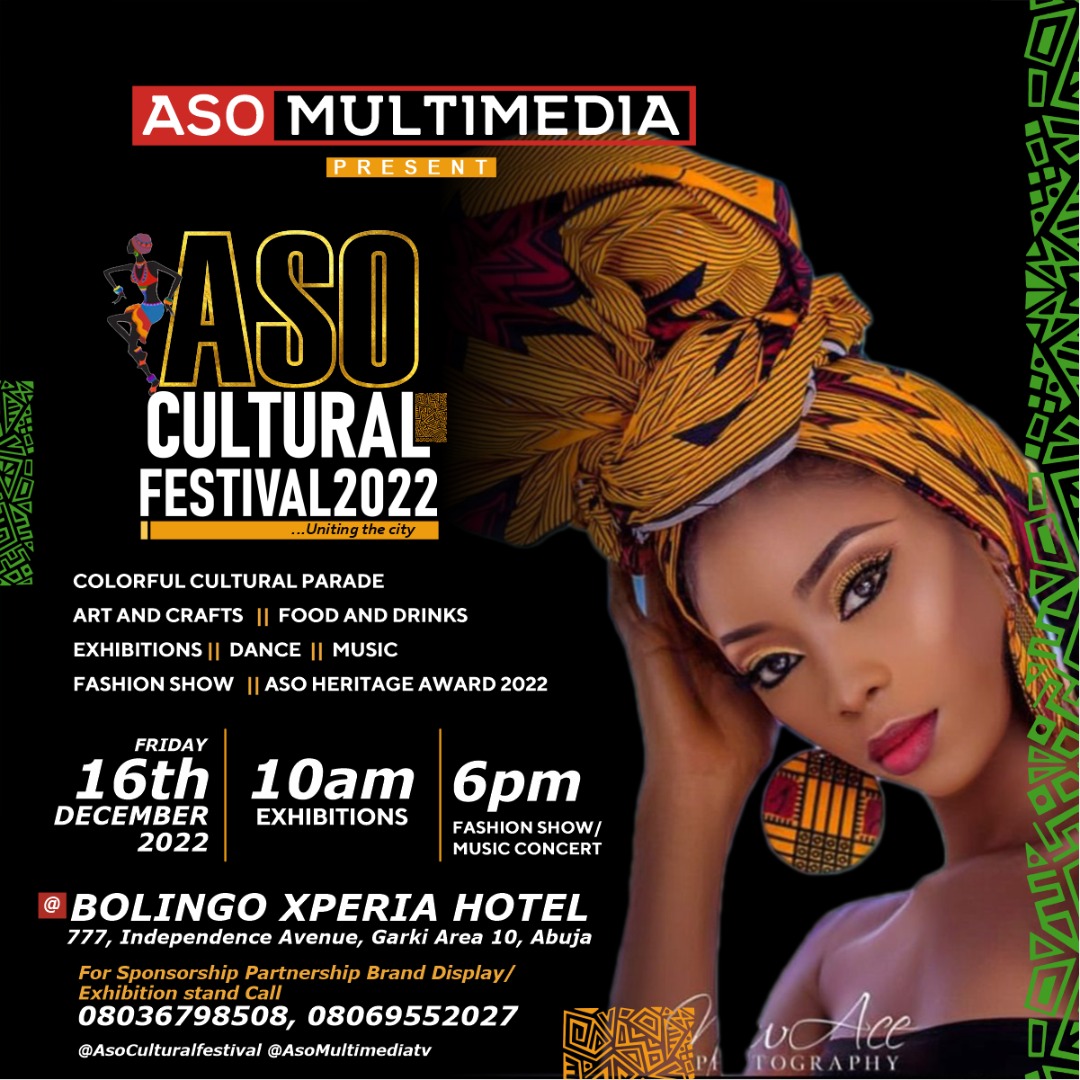 ASO Cultural Festival 2022, Theme” Uniting the City” it’s a one Day Cultural jamboree designed to showcase the Cultural heritage of Abuja and tourism value to the whole world because the nigeria seat of power is unique and Rich in diverse Culture and tourist sites.

The Annual festival will include various activities like Cultural competition among schools and Various local Government in FCT, colourful Cultural Parade, Fashion Show, Musical Concert, Art and Craft Exhibition, Dance, Award Presentation etc The ASO Cultural Festival Will also celebrate the Rich culture and crystallization of the creative spirit and Cultural diversity of the ASO people, the predominant indigenes of Abuja

The festival will attract over 10,000 local and international participants consisting of contingent from the 6 Local Government in FCT, some participating countries, visitors, volunteers, Vendors, Exhibitors, Photographers, Set/ Costumes Designers, Artisans, Students, Security Personnel, Traffic officers, Officials of supporting agencies of Government and Media Houses, other great event during the festival will also include entertainment show with top class musicians and comedians to add colour to the festival.

According to the creative Director – Amb Kingsley Tolu Agboola, The festival will unite the people of the federal capital territory and it will be an avenue to boost the economic activities of the City as many businesses will be involved like hotels, Exhibitors and all.

The Honourable minister for federal capital territory Hon Mohammed miss Bello and Haj. Dr Ramatu Tijani Aliyu – Hon Minister of State FCT will be the Special Guest of honour along with other important guests .

The Most Anticipated Event is Organized by ASO Multi Media, a reputable event management Company in Abuja in collaboration with African Union and other media houses as partners

The Ogun State government on Sunday said Bidemi Rufai did not bring any business concern to the state during his short stint as a special assistant to Governor Dapo Abiodun.

The state government also debunked a news report that Rufai was being paid $2,000 as an aide to the governor.

An online news medium, People’s Gazette had reported that Governor Abiodun was paying $50,000 to Rufai each time he introduced people to him, along with monthly salary of $2,000.

According to a statement signed by the Chief Press Secretary to Governor Abiodun, Kunle Somorin, on Sunday, Rufai, who was appointed by the governor as his Senior Special Assistant on Housing, never had any close relationship with the governor, prior to his appointment.

The statement further faulted and denied the claims by the online medium that Rufai was being paid $2,000 salary, which according to it is “outrageous and baseless.”

According to Somorin, salaries and wages of political office holders are fixed by the National Salaries, Income and Wages Commission, adding that no member of the government is permitted to any other allowances not known to law.

“Bidemi Rufai was appointed as a Senior Special Assistant to the Governor on Housing, and was nominated for appointment barely three months before he was arrested.

“He had not resumed formerly and had no official office to transact business. He wasn’t part of the Ogun State Economic Management Team and have got no input into the state government activities. His appointment was based on his activities in his ward. He didn’t sit in the State Executive Council meetings and couldn’t have had inputs in policies of the state government.

“The governor had no deal with Rufai on any transaction. He brought not a single one. They can check with the US embassy,” the statement added.

Somorin noted further that Governor Abiodun being a law abiding person and respecter of the rule of law, immediately suspended Rufai after his arrest for fraud in the United States and later terminated his appointment, even before his conviction for the crime by the US court.

He noted that the current political season in the country is an auspicious time for unscrupulous politicians to attack or sponsor attacks against their opponents, hence, the timing of the concocted story.

He said that the political enemies of the governor, who are perhaps not happy with his rising profile, particularly in terms of the huge foreign investment drive and infrastructural development in Ogun State, might want to play up the issue of Rufai to tarnish his image.

Somorin, while calling on the people of the state to disregard the report as a mere “attention seeking” gambit, said that Governor Abiodun would rather not be perturbed by the report, but remain focussed on his mission to position Ogun as number one investors’ preferred destination in the country.

He added that Prince Abiodun would not be distracted by the antics of political traducers in and outside Ogun, submitting that the governor will continue to be just, fair, accountable and equitable in the distribution of amenities across the state.

He also warned journalists, especially online to beware of their eminent roles in the society and guide against succumbing to bread and butter journalism. 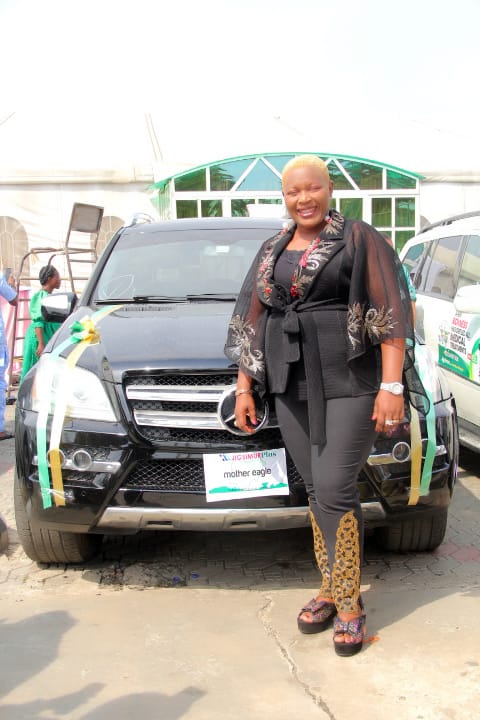 Festac Town, a densely populated area of Lagos state metropolis, was recently thrown into celebration as women, men thronged out in numbers to welcome their heroine, Dame Faith Adajiugonnaya Ireoba popularly known as Mother Eagle, who once again triumphed and won a black Mercedes Benz 4matic GL and a Cash prize of five million naira, at the fourth anniversary of Jigsimur Zdex International Company.

Infact, the exclusive but colourful ceremony witnessed the ‘creme de la creme’ of the society.

Indeed, as drums roll out in celebration, there comes a time when sterling quality of integrity and hardwork of a calm headed woman of substance is nationally and internationally recognized.

As Mother Eagle takes the center stage after Jigsimur Chief Executive Officer, CEO, Dr. Queen Lillian Osuofia, announced her winning, every guests appreciated her stunning beauty and her gorgeous apparels that left all in great admiration.

As envisaged, tributes poured in like torrents, as everyone extolled the virtues of the hard working woman also known as ‘ Adajiugonnaya.

Guests attested to the fact that the event was all full of emotions, fun, thrills and paparazzi, as ‘Adajiugonnaya’, one of the best adorable kind hearted woman leader,socialite and lovable lady of substance pulled crowd of the dignitaries, bigwigs and supporters to her side.

Judging from international records, Jigsimur Zdex International fourth anniversary and award recognition, was in tandem with the philosophical Maxim of a great writer, Late Pa Paul Anueyiagu Edom , that said ” It is more glorious to celebrate achievers while alive,so that they will witness greatly than when they are dead”.

Little wonder friends, families and well wishers deemed it pertinent last week Sunday, being precisely November 27th, 2022, to honor and felicitate with Mother Eagle, as she is fondly called by her inner circle friends, associates and admirers.

Dame Faith Ireoba, has with her remarkable quality of resilience, determination and boldness, weathered all storms of life and surmounted trials and obstacles, to become a successful mother Eagle and envy of her compatriots.

Truly, her life story of grass to grace, has been a turning point and reason her friends gets endeared and magnetized to her, which was evident at the event.

Blessed with lovely children, Adajiugonnaya is said to have a life style that is rooted in Godliness,as she constantly insisted that her life and family depended on God in all their activities.

Her colleagues, workers and down liners in the Multi level marketing business adjudged her as a down to earth woman, who would not contribute to anything that would cause problems, while many other people testified of her advisory capabilities once contacted.

For her children, they have learnt to bring their kneels on the ground, as they persistently pray for their sweet mother. One of them wrote: “Mummy thanks for all your support and encouragement. Happiness will not depart from you” .

Speaking, Mother Eagle who has since inception of the company, have been rated one of the topmost leading distributor and Ambassador, was full of excitement, as she thanked her CEO, Jigsimur Zdex International, Queen Lillian Osuofia,for her love and opportunity given to her.

She expressed her heartfelt gratitude to God Almighty and appreciated her families, workers, colleagues,friends and well wishers for their support .