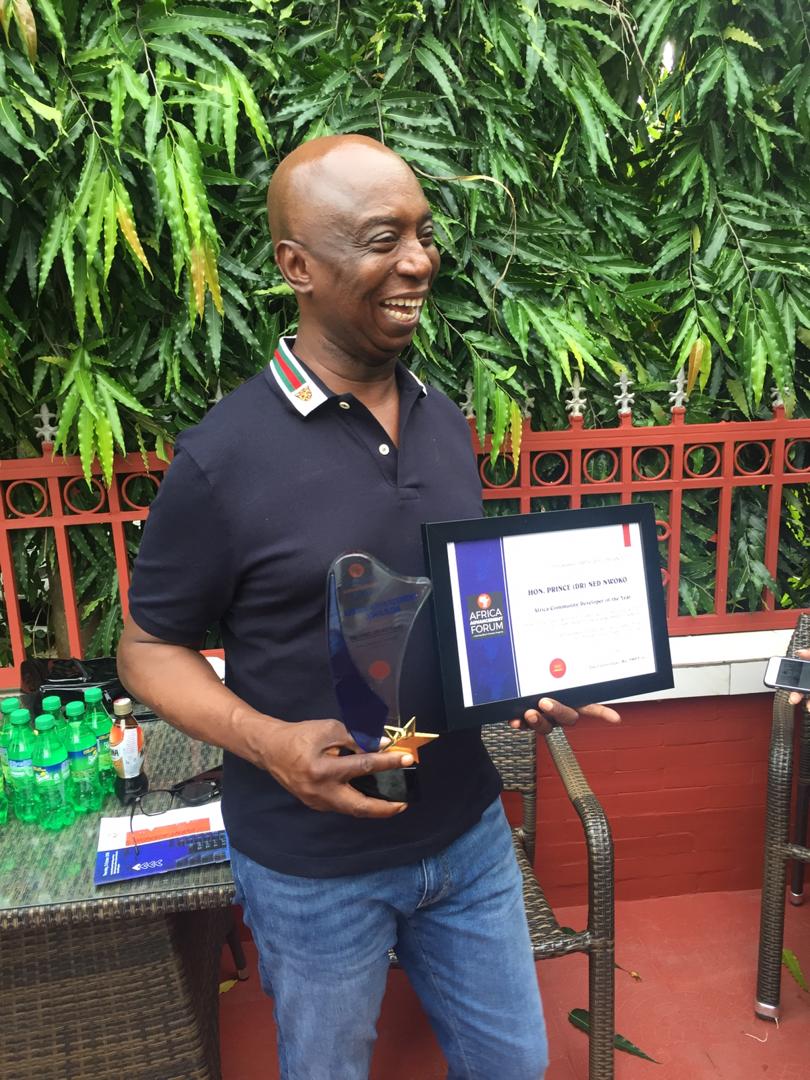 58 years old Delta State born-philanthropist, Prince Ned Nwoko has been honoured as AFRICA COMMUNITY DEVELOPER OF THE YEAR in recognition of his ncommitment to community development within and outside the nation.

Presenting the award to Mr Nwoko during a brief ceremony in Abuja, the director, international cooperational Africa Advancement Forum, David James Egwu said the award was in recognition of the frantic efforts and sacrifices being made by the recipient in the area of human and community development.

He urged the recipient to continue with the good works he has been doing and ensure that the image of black man is restored through his philanthropic works.
Receiving the award, Mr Nwoko who expressed delight over the award said he felt inspired by the award to do more in sports and youths’ development.

Mr Ned Nwoko who is currently on the process of establishing a sports University in Idumuje Ugboko, Delta State said any young man or woman interested in sports and education combined would find a place at the University when recognized by the National Universities Commission, NUC.

According to him, the university will cover all Olympic sports when eventually commissioned.

Mr Nwoko noted that five of the seven structures recommended by NUC for a start are already in place, adding that efforts were on to ensure close collaboration with the Delta State government.