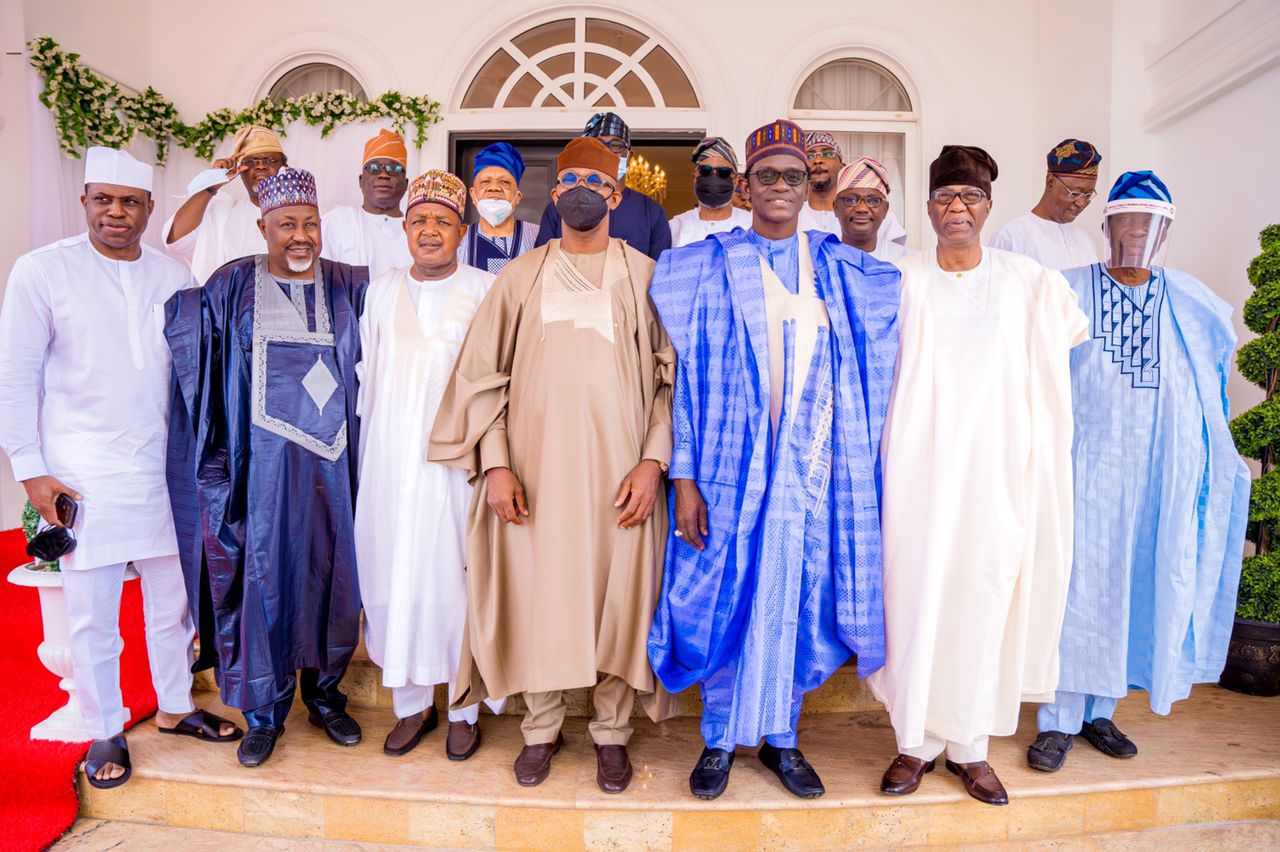 Others who accompanied Buni on the visit were the former Speaker of the House of Representatives, Dimeji Bankole, a former governor of Ogun State, Gbenga Daniel, Senator Gbenga Kaka, and the chairman of the Tertiary Education Trustfund (TETfund), Kashim Imam, among others.

Speaking on behalf of the delegation, Buni urged Abiodun to take solace in the fact that death is inevitable outcome of living.

He disclosed that he visited Abiodun to deliver the condolence message of all members of the APC, saying “All APC members are with you and sharing in your grief”

“We are hear to share in your grief, to sympathise with you and your family, but we must all take solace in the fact that death is inevitable and one day we will all die”, Buni added.

Responding, Abiodun, noted that his father’s transition has made him to join the fatherless club, though unwillingly, adding that the visit was a balm that would help in soothing the family in this trying time.

He described his father as humble and God fearing, disciplined and focused, adding that he lived for his family and community.

While noting that his father believed that life was transient, the governor said God has appointed time for everyone, charging all to make the best of their time while on earth, as each one would give an account of his/her stewardship.

Meanwhile, the wife of the former President, Mrs. Bola Obasanjo, has admonished parents to give their children the best education to enable them to be useful to themselves and society in the future.

Mrs. Obasanjo, who gave the advice when she visited the governor and the family at their Iperu-Remo home to commiserate with them on the demise of their Patriarch, Pa Emmanuel Abiodun, said children who are adequately educated would be a source of joy not only to their parents, but the society at large.

She said it was time for all Nigerians, irrespective of their tribes or social standing to join hands and lift the country up, as Nigeria has the potentials to be great.