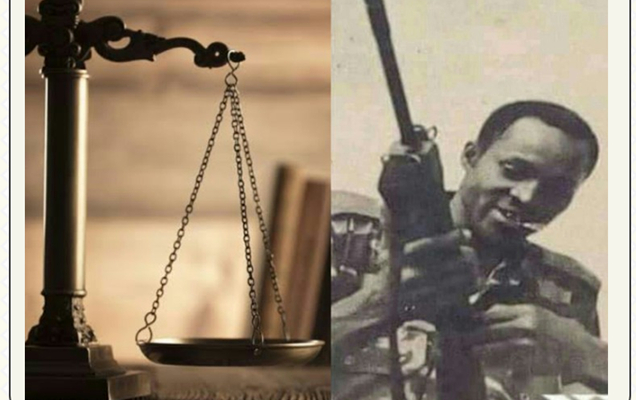 Let me start by quoting the classic philosopher Aristotle- “It is more proper that law should govern than any one of the citizens”. Plato on the other hand saw the defence of the Rule of Law as the best possible political order.

The above corroborates the certitude that the notion of the efficiency, competence, and supremacy of the law has been known for aeon years.
Following wicked King John’s penchant for bringing disrepute, ignominy and his constant disregard of the rights of the English people, the barons eventually succeeded in creating that single document capable of checking the powers of the tyrant leader; thus was born “The Great Charter” on the 15th of June, 1215.

Since the birth of the Magna Carter, Judicial systems all over the world have been fortified and toughened by the authority and influence of law in society, especially when the law is viewed as a constraint on individual and institutional behavior.

In 1789, In his two Treatises on Government, John Locke disclosed that the impending danger inherently laden in consolidating the three organs of state in the hands of one, might be cataclysmic.
Now to the draconian antics of the Muhammadu Buhari led federal Government.

Throughout the year 2018, on various instances, we witnessed the Buhari led federal government make intrepid attempts to hijack the Legislative arm of Government.
We saw desperate attempts to change the leadership of both houses via the back door; what many will term a “legislative coup”.
We saw federal government sponsored lawmakers desecrate the hallowed chambers.

With the legislature failing to cave in, the Buhari led federal government has shifted its focus to the judiciary.
On countless occasions, having flagrantly violated orders of various trial courts, the retired general has constantly shown little regard for the rule of law.

The position of the law regarding the removal of the Chief Justice of Nigeria remains clear; wherein removal could be interpreted as replaced, suspended, fired or whatever choice of word you so prefer.
Section 292 (Constitution of the federal republic of Nigeria, 1999).

(b) in any case, other than those to which paragraph (a) of this subsection applies, by the President or, as the case may be, the Governor acting on the recommendation of the National Judicial Council that the judicial officer be so removed for his inability to discharge the functions of his office or appointment (whether arising from infirmity of mind or of body) or for misconduct or contravention of the Code of Conduct.”

The president and his handlers have not exploited a constitutional lacuna as they claim, but have simply gone against the rules; however since this is not the first, i am far from shocked.

Muhammadu Buhari’s despotic tendencies are very well known. With his tacit admission to compromising the integrity of the independent national electoral commission, and now in a despairing attempt to manipulate the results of the coming elections, he has gone ahead to contravene our constitution and to debase the Judiciary by unconstitutionally desecrating the office of the Chief Justice of Nigeria.

This is a wake up call to all lovers of democracy and liberty. There is a shadow of gloom cast over Nigeria’s democratic process. These signs are ominous, the future is bleak!

I close by paraphrasing British wartime foreign Secretary “Sir Edward Grey”. “The lamps are going out all over Nigeria, we may never see them lit again in our time”.