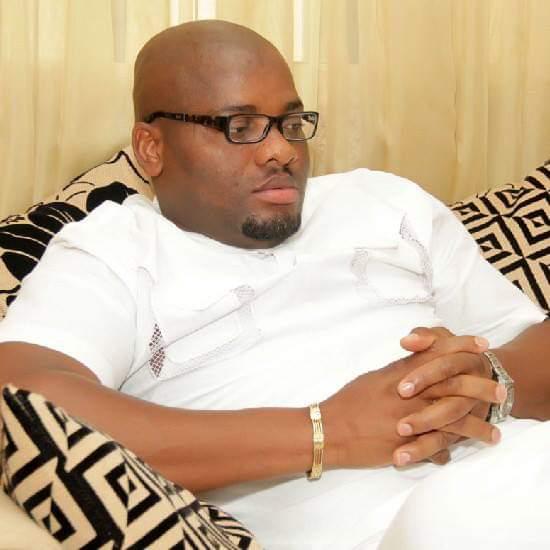 We the Ogazi Women Initiative In Orsu LGA, Imo State rejoice with our Boss, illustrious son, a philanthropist per excellence and a rare gift to mankind and the CEO, Reality oil and Gass, Prince Obi popularly known as Ogazi.

We join the well meaning individuals of our state and beyond to celebrate and wish you many more eventful celebration and your lights will continue to shine brighter. It will be recalled that Prince Obi in his drive to empower his community launched Ogazi foundation in 2007 where hundreds of youth has benefited immensely. As a mentor and leader in Imo state, his vission to give political direction to our women in the state gave birth to Ogazi women Initiatives which lots of women are beneficiaries and more participatory in political discourse.

GOVERNOR ABIODUN: A MAN OF FEW WORDS AND A MILLION ACTIONS 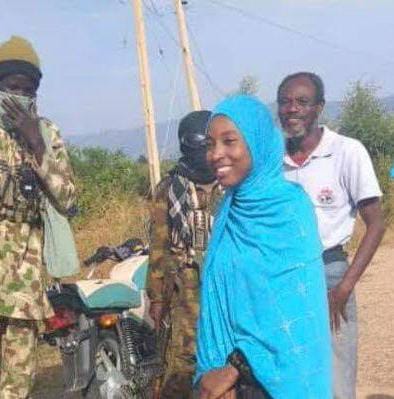 The founder and CEO of the Maiduguri-based NGO, Kalthum Foundation for Peace, Amb Ummu Kalthum Muhammad Rabiu has expressed sadness over a purported report by Reuters to dent the image of the Nigerian military

According to the alleged report, the Nigerian military planned and carried out forced abortions on over 12,000 women and girls. In their investigation, the military was also charged with murdering children in northeast Nigeria starting in 2013.
Top Nigerian Army figures like Lt. General TY Buratai Rtd, late Lt. General Ibrahim Attahiru, General LEO Irabor, and current Army head Lt. General Faruk Yahaya were named in the fictitious Reuters story as the perpetrators of the terrible atrocities. The founder and CEO of the Maiduguri-based NGO Kalthum Foundation for Peace, Ummu Kalthum, expressed her shock and dismay over the serious allegations made by Reuters about the Nigerian military. Kalthum has been actively involved in crisis negotiations, peace-building initiatives, and conciliatory efforts between the government, terrorists, and locals. 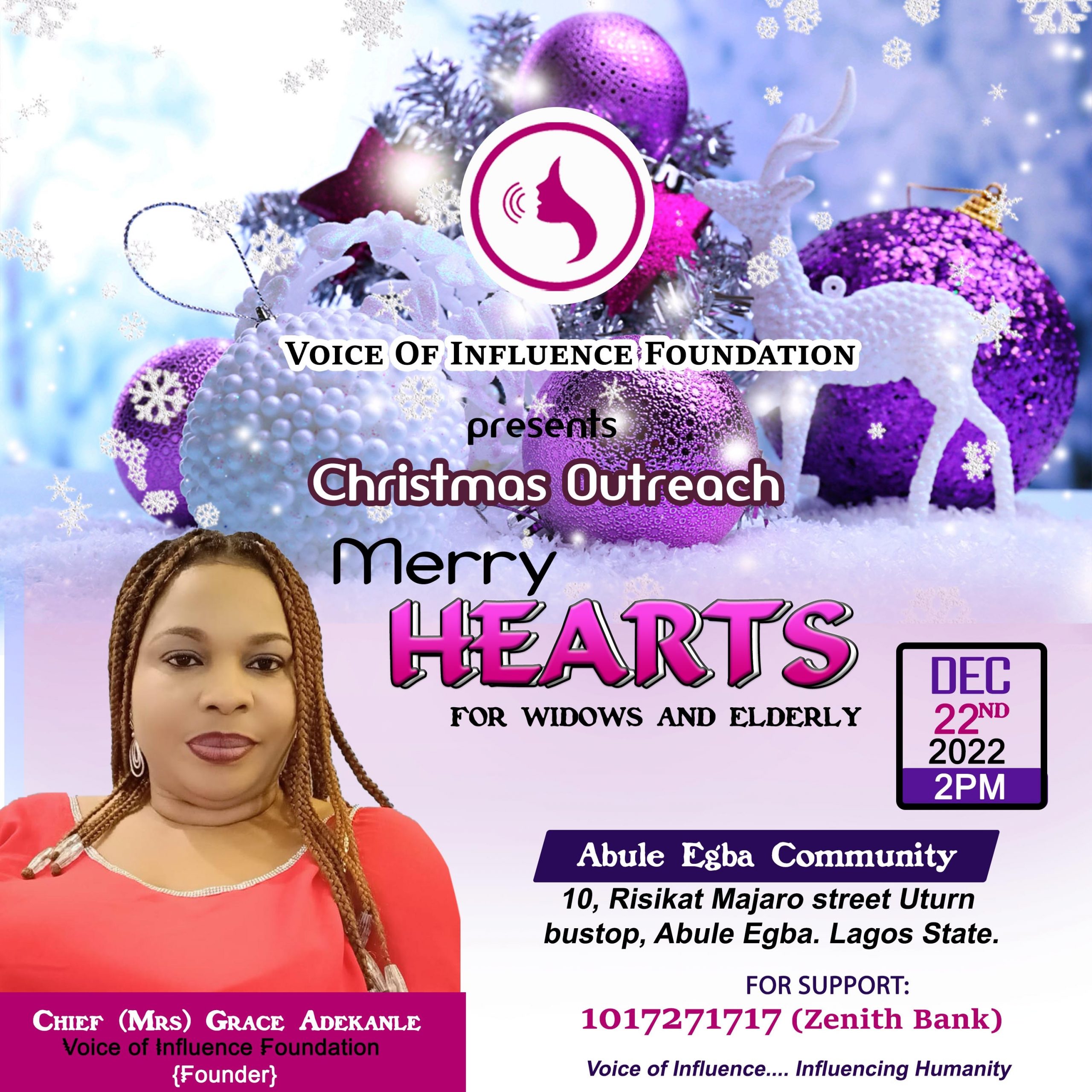 According to the founder of Voice Of Influence Foundation, Chief ( Mrs) Grace Adekanle, the move is to make comfort them and also to be a channel of joy to the widows and elderly ones who are mostly neglected by the society during the festive periods. She also stated that the foundation is a haven of love for the less privileged.

Olori Esther Benson, who is among the volunteers for the lofty project reaffirms their decision to make the Christmas outreach a merry hearts for widows and the Elderly. She urged everyone to support the foundation with gifts and cash for the project and be a blessing to the widows and elderly.

Why Seyi Tinubu is not your usual silver spoon 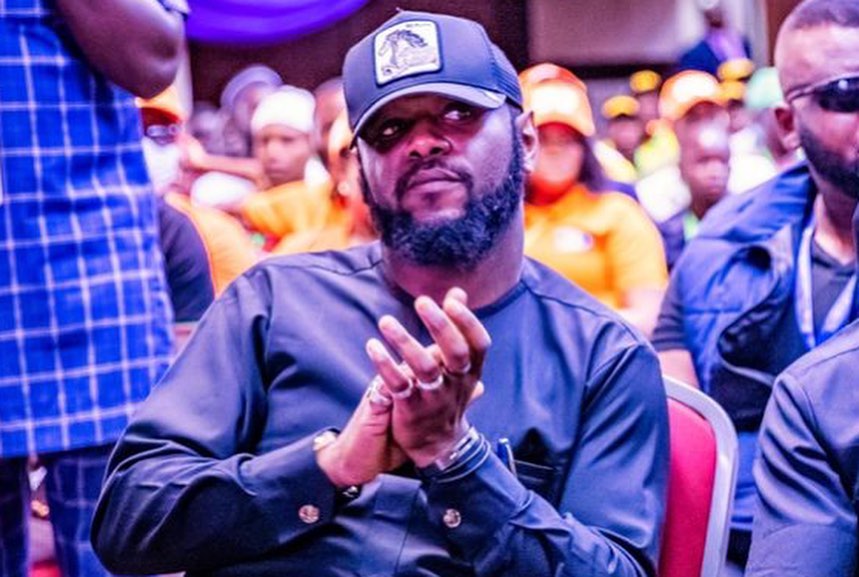 *Why Seyi Tinubu is not your usual silver spoon* By Mohammed Funsho Abdullahi.

I hate praise-singing or flattery because I believe they are traits and habits of sycophants. But every writer is also, by nature, a reporter; we always love to document our experiences, either good or bad. Hence, this piece is about my encounter with Seyi Tinubu, son of APC Presidential candidate, Asiwaju Bola Ahmed Tinubu. It is about what stood out for me and, of course, my general impression of the young, successful businessman.

Economist and author, Tope Fasua once narrated how Asiwaju Bola Tinubu sought him out after reading some of his commentaries on the article he (Asiwaju) had written about some economic policies. My path to Seyi followed a similar pattern. I had written an article in which I observed that Seyi was doing a good job of upholding his father’s legacy of human cultivation which, for me, has been the biggest secret of Asiwaju’s humongous political network and powerbase.

I sent a link to the writeup to one of the closest guys around Seyi Tinubu, who also happens to be a personal friend. He obviously shared the article with Seyi and requested him to see me when next he was in Abuja. He granted his request and when, on Tuesday, my friend confirmed that he was in town, he asked me to come with him to the ‘Youth House’ to meet a man I had always admired for his breathtaking and compelling entrepreneurial success in marketing communications, a sector I also happen to have more than a passing interest.
I am, by nature, an observer rather than a researcher. Most of my writings are personal commentaries on events and people. And having observed how deeply invested Seyi Tinubu had been in his father’s campaigns for the country’s topmost job, the Presidency, I had initially planned to write about how his active involvement in the electioneering process is changing the almost established narrative of children of politicians not joining political struggles.
With captions such as “Seyi Tinubu inaugurates youth campaign office in Kano,” “Seyi Tinubu leads one million man march for Tinubu,” “Seyi Tinubu plans youth engagement forum for Tinubu,” etc dominating newspaper headlines; then you know that when the story is written about those who make Asiwaju’s victory possible, none would arguably deserve more praises and commendation than his own son. Possibly for the first time in our nation’s political history, the biological son of a politician is joining the campaign fray, jettisoning  the ‘Ajebota’ practice of having children of political candidates hide away while others work their hearts out for the victory of their parents.
But beyond what is being reported in the media, what I saw on Tuesday at The Youth House clearly validated the claims Seyi made in some of his interviews, about working hard to be his own man, and how he was determined to create his own legacy and not tie himself to his “father’s apron.” I now know that those were not just mere talks. On that Tuesday, as I saw Seyi Tinubu working his hearts out, subjecting himself to a most hectic and grueling schedule and enjoying the thrill of the struggles of life which must have made his father into the accomplished political enigma he is today; I concluded that it would be most unfair for anyone to belittle the achievements of this hardworking man simply on account of his surname.
I am sure many of us must be familiar with stories of rich kids who are totally disinterested in their own progress, not to talk of those of others, parents or not. But Seyi is one of the few exceptions, he has shown that he has a large dose of fighting spirit in him, and he is working  hard to take charge of his life, fully secure in the knowledge that he is not responsible for what happened before he was born. He must have resolved not to let the judgements of others, about whether or not his success was a consequence of his family name, get him down.
In one of his recollections of the lessons he learnt from his parents, Seyi once told a reporter: “That’s how my dad raised us to be. We were all told from day one: once you are done with school, that’s all we can give you.” But in truth, Seyi did get more than a good education from his father, the Jagaban. He learnt the secret of loyalty cultivation and the benefit of investing in people.
As every good student of business and management should know, the best investment, one which yields the greatest return, is in people. This is the skill that is hardest to cultivate, but one which represents the greatest source of strength for every powerful individual; and one whose core foundation is the exclusive focus on what matters which, to most people, is their welfare and wellbeing.
It is said that for a leader to earn the loyalty of his followers, he must be able to show that if they (the followers) are ready to die for him, he would at least also be willing to faint for them. A leader focuses not so much on what matters to him as a person, but rather on what matters to those who follows him. By showing concern about the wellbeing of his followers, a leader is able to cultivate loyalty and dedication. This is one secret Seyi Tinubu has mastered.
I visited him the same day he arrived Abuja, so the crowd of people I saw was quite expected. There were quite a number of groups waiting to see him, aside those with individual appointments. The Youth House witnessed a beehive of activities on the day in question, and Seyi was obviously looking very tired and overworked. When it was my turn to see him, he first explained why the meeting would have to be brief, almost apologizing that he was filling sick. But in spite of the ‘crazy’ schedule he had ran for the day and the telling effect it was having on his physical appearance; Seyi still remember to ask me, after we were done talking, whether “everything was fine with me.” I couldn’t believe someone that stressed out, and who still had a lot of people waiting to see him, would care to know how someone was faring at that busy moment. I was impressed!
I left The Youth House with the impression that Seyi is, indeed, an unusual silver spoon kid. While most rich kids are brash and arrogant, Seyi is courteous, polite and friendly. He also has one of the strongest work ethics I have seen in any young man of my generation. No doubt, beyond his success as a politician, I believe Jagaban has done a wonderful job in the home front as well, raising a man like Seyi who treats every man with dignity while living a life of inspiration and meaning.