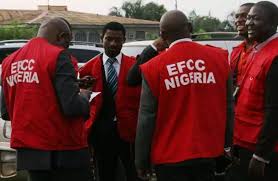 The Economic and Financial Crimes Commission (EFCC) has confirmed that it is probing the missing N500 million Safe School funds meant to rebuild the Government Girls School in Chibok in Borno state.

The foundation for the school was laid some weeks to the presidential election in 2015 by former finance minister, Dr Ngozi Okonjo Iweala.

A petition of 27 December 2016 was sent to the EFCC Chair Ibrahim Mustafa Magu by the Socio-Economic Rights and Accountability Project (SERAP).

“We have received confirmation from the EFCC that the body is looking into our petition. The EFCC has also expressed its determination to diligently investigate the allegation of the missing N500 million Safe School funds for Chibok girls, and sought additional information from SERAP,”Adewale said.

SERAP had in its petition urged the EFCC to “invite for questioning, and name and shame anyone suspected to be involved in the alleged diversion, including the contractors allegedly handling the project.”

“The allegation that N500m has been lost to corruption has resulted in denying the girls access to education, and shows the failure of the former President Goodluck Jonathan government to live up to Nigeria’s commitments under the global Safe School Declaration.”

“SERAP believes that the diversion of the funds will expose the school to attacks in the future. This is a fundamental breach of the country’s obligations including guarantees of non-repetition, which contribute to prevention and deterrence of future attacks.”

“SERAP urges the EFCC to work with the Independent Corrupt Practices and other Related Offences Commission (ICPC) to set up a mechanism to monitor government’s spending of the safe school funds in order to ensure that the funds are spent exactly to prevent and deter future attacks, and to allow the girls to go back to school as soon as possible.”