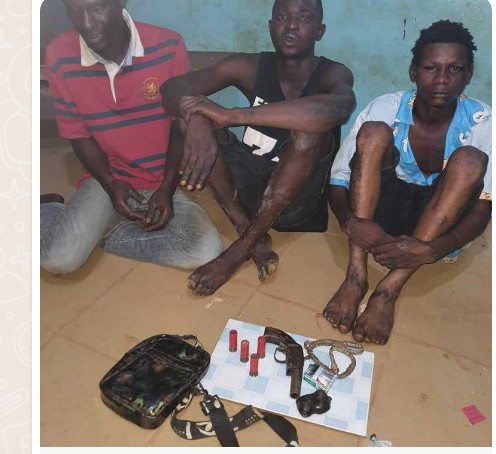 Operatives of Ogun state police command have arrested three suspected armed robbery syndicate who are on their way to carry out robbing operation.

The arrest was made on the 8th of June 2022,the suspects were, 27 years old Ibiyemi Wasiri a.k.a fellow, 20 years old Alabi Ojugbele and 18 years old Obe Lekan

DSP Abimbola Oyeyemi ,the Ogun state public relations confirmed the arrest that the suspects met the Waterloo at Orita area of Ilaro, during the joint routine patrol carried out by men of Ilaro Area Command and Ilaro divisional headquarters.

“A search was conducted on them and one locally made pistol, four live cartridges and assorted criminal charms were recovered from them, he added

According to him, on interrogation, Ibiyemi Wasiri informed the police that he was an ex-convict, and that he still have a pending case of unlawful possession of firearm in a magistrate court.

“All the suspects confessed that they were going for robbery operation before they were arrested by the policemen”, Oyeyemi said.

CP Lanre Bankole, Ogun state commissioner of police has ordered the immediate transfer of the suspects to the state criminal investigation and intelligence department for further investigation

Related Topics:crimeFeaturedogun state police
Up Next

HOW MAUREEN BADEJO SPOKE THE DEATH OF HER YOUTUBE CHANNEL The Ondo State Police Command has rescued 77 people who were locked in the basement of a church. The name of the church is Whole Bible Deliverance Church located at Valentino Area of Ondo town, Ondo State.

Saharaweekly understands that, the victims were allegedly hypnotized by their pastors.

The police said that the victims comprised 23 kids and 54 others including teenagers and adults, males and females.

It gathered that the pastors informed the worshippers to consecrate themselves by abandoning whatever they were doing and camp in the church for a seven-day programme ahead of the coming of Jesus Christ in two months.

Consequently, school children, workers and their spouses abandoned schools and offices to consecrate themselves for the coming of Jesus Christ. It was gathered that some members who did not believe the prophecy of the pastors and were irked by the development reported the development to the state police command.

Detectives invaded the church and met the worshippers kept in an underground apartment and rescued them.

One of the parents, Mrs Jessica Akintemi, whose two girls and their father, Oluwarotimi, had moved to the church ‘to meet Jesus Christ’ said that her two girls had abandoned school since January because the pastors hypnotized them.

One of the parents of the rescued victims, Mr Michael Olorunyomi, said that he left the church because of alleged wrong Bible teaching but his child remained there.

He said, “I attended the church before and I left because of the wrong teaching the pastors give the members. The pastors teach the church members about the need to divorce their wives if they want to go to heaven. They turned the children against their parents by teaching them what is not in the Bible.

“When I left the church, my daughter refused to follow me. I made the mistake of leaving her behind. Before I knew what was going on, my daughter who was in 300 level in the university at the time dropped out and camped in the church waiting for the second coming of Jesus Christ. It is because the pastor said that there was nothing again in the world and rapture would come in September this year. They arranged a marriage between my daughter and one of the pastors’ family members. They said nobody should go to work, no school and they must do nothing other than to wait for Christ’s coming in the church.’’

One of the victims, a third year student of Millennium College of Health, Priscilla Olorunyomi, aged 22, said she abandoned school notwithstanding that her parents told her not to attend church again.

“ I was born in that church. My parents left but I remained in the church because I am blessed by the teaching”, Olorunyomi said.

“ I am obeying the scripture which says I should only obey my parents in the Lord, that is why I remained in the church.

In an interview, the pastors, Anifowose and Josiah, denied the allegation of hypnotizing their members’ saying they only preached undiluted words of God to them.

“ We did not tell them to abandon their homes, they came on their own volition and they were accepted”, Anifowose said.

“It’s a lie that we said that Jesus is coming in September because nobody knows the time of His coming”.

Parading the victims and pastors, the police spokesperson, Funmi Odunlami, said detectives received several complaints about the activities of the pastors and swung into action.

She added that they were lured and harbored under the pretense of religion. 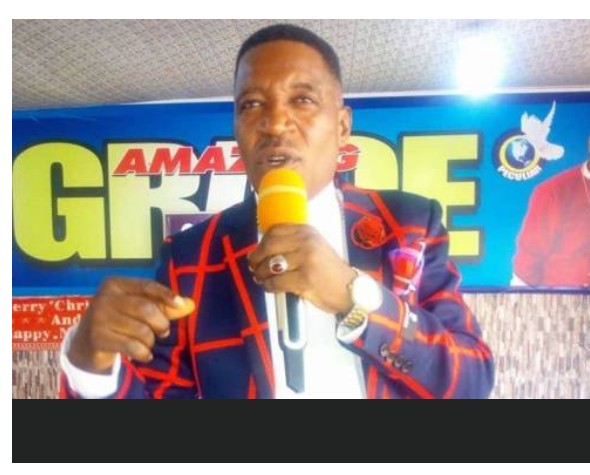 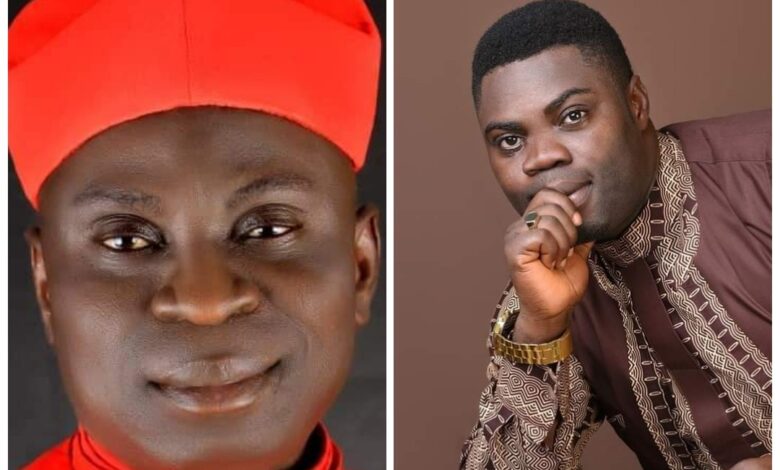