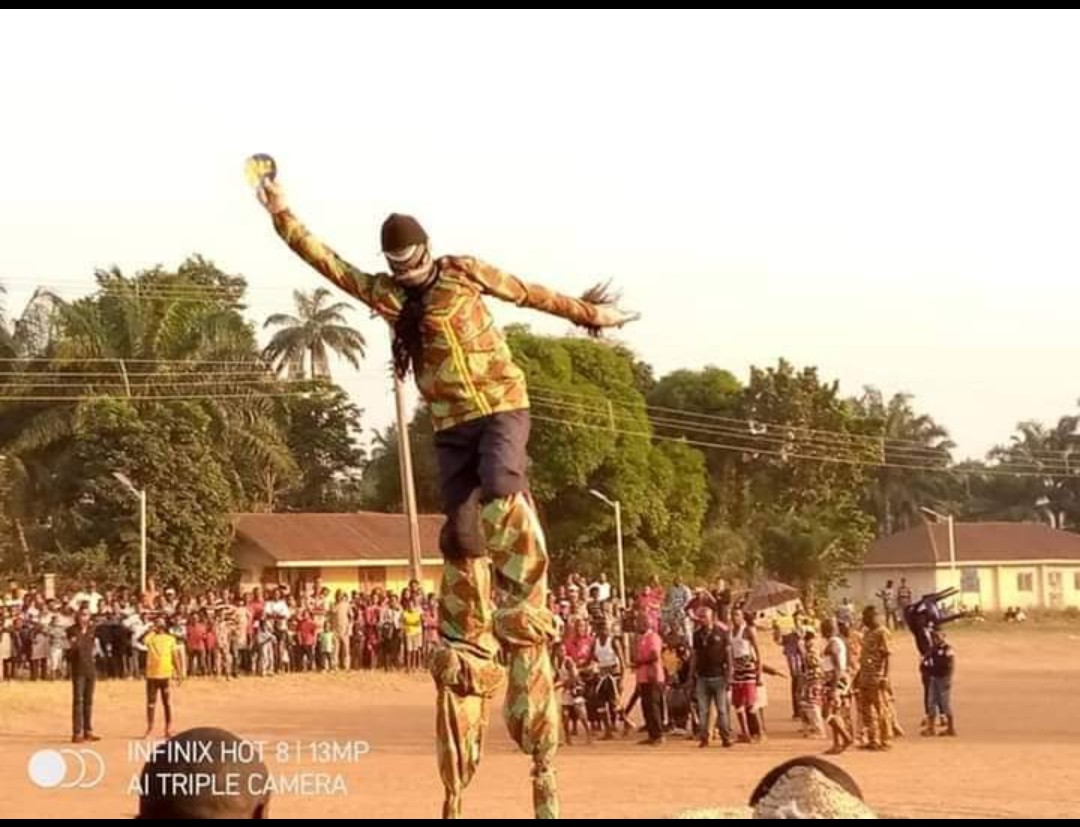 The Eziagu Community in Orumba South Local Government Area of Anambra state has held one of the most well attended historic and cultural festival in the southeast region of Nigeria tagged “Eziagu Festival Of Heritage”. The ceremony was held on the 30th of December and witnessed the monuments of cultural and acrobatic dances, exhibition of cultural artifacts, Ima Mbem, wrestling, Igbu Oga, amongst others.

The Eziagu Festival Of Heritage was hosted by high leveled personalities, royalties and reputable individuals of Eziagu Community, which included HRH Igwe Bernard O. Emejuo, the Ebube Agu1 of Dara Kingdom, Chief Sir Dr. John A. Aforbike, the President General of Eziagu Improvement Union(EIN), Hon. Obinna J. Nwankwo, the Special Adviser to the Governor of Anambra State and Chairman planning community of the festival, as well as Comrade Okafor Ifeanyichukwu Destiny, the Ogele of Dara Kingdom and also Secretary Planning Committee for the festival.

While appreciating Guests and neighbouring Royal Fathers and Kings for honouring the event, HRH Igwe Bernard O. Emejuo, the Ebube Agu1 of Dara Kingdom, also applauded sponsors of the eventful festival, especially efforts made by Mapuije Ezeamolue Foundation in powering the occasion.

The Igwe also stressed that the annual Eziagu Festival of Heritage would continue to be an occasion that will help to unite indigenes of Eziagu community from across the globe with a vision to promote their culture and collectively help in developing the opportunities for the younger generations. According to Obinna Nwankwo, the Chairman planning committee of the festival, he described the 2019 edition of the festival as successful, especially with the impressive and massive turnout of friends and families of the Eziagu Community.

He also stressed on his concerns and how the festival helped in providing a platform for people to meet people, strengthen relationships and improve appreciable level of communal life. He noted that other festivals across Anambra and the south east region must imitate the Eziagu Festival of Heritage, especially with the peaceful and entertaining atmosphere it maintained all throughout the event.

In another reaction from one of Nigeria’s notable, award winning media personality and publisher of Attention Magazine, Alex Nwankwo, son of late Chief GNC Nwankwo, acknowledged the festival as one that would forever be talked about, as he added that the collective unity as shown at the organisation of the event is more important than individual purity. He also stated that his might and capacity will be explored in promoting the festival across the biggest media platforms in Africa and across to world with a vi ew to promote the Cultural heritage of Eziagu community.