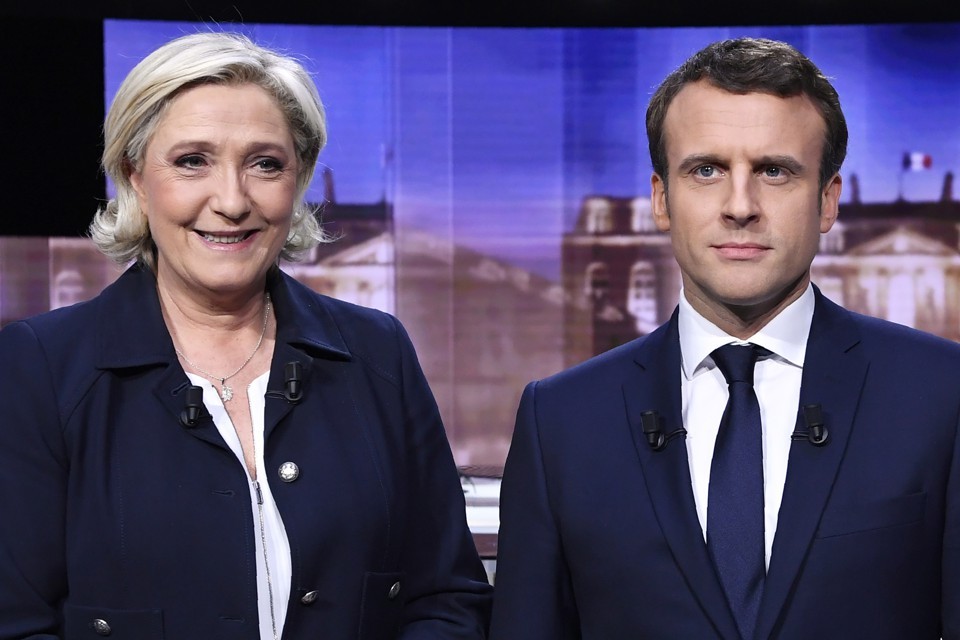 On behalf of the People of France, the Voice of France, France Democracy, French People, I Her Knowledgeable Professor Alexia Thomas watching with an Independent Eye, says ‘THE CLARION OF FRANCE CANNOT BE SUBDUED’.

—- Candidate Marie Le Pen was Robbed of her Votes. Candidate Emmanuel Macron’s Votes is a Fraud as the French People have not Voted, instead European Union Citizens voted and Migrants voted and the European Union Masters of Deceit,encroached in the Sovereignty of France. So, We the People of United Kingdom do not agree and we do not recognize Candidate Emmanuel Macron as the France to be President of 2017.

Vote By Democracy Is Count Of The Majority And Unidentified Majority Will Mean The France General Election Is a Sham, Rigged To Subdue France Independence As A Sovereign Republic.— By Her Knowledgeable Professor Alexia Thomas

Candidate Marie Le Pen is the Victor and stands for the Virtues of France and her postulation is France a Government of her own. The French Government must cancel the Election within the next 48 hours and without  delay and further hesitation, Recall a New Election in that no EU Citizen is allowed to Vote and only Migrants with French Passports can Partake in the Vote, hence the General Election of 2017 is about France Democracy and Her Independence.

I, Her Knowledgeable Professor Alexia Thomas say to the People of France, the France Election of 2017 is not Democracy, Rather it is a Mediocrity, a Disgrace to French Independence.

The European Union, the Masters of Deceit in Crusadership of a failed ideology as jokers of Europe Rigged the French Election of 2017; Therefore, Emmanuel Macron’s Mandate Must not Stand.

Candidate Marie Le Pen is an Anti-European Union Crusader who believes in the Full French Democracy and Her Independence against the German Invasion of France in 1940 to Steal their Freedom as a People and their Sovereignty as a Republic;

— Conclusively, the French Election of 2017 is a Fraud. It is not the France Mandate but EU Encroachment of French Sovereignty.

I, Her Knowledgeable Professor Alexia Thomas call on all Government of the World to reject French Election of 2017, in that the French Election is a Joke, and not until the Free French People are allowed to vote without the interference of Aliens Invasion of their Votes and Rigging their Election.

Candidate Emmanuel Macron is inexperienced. So, the Incumbent France Government must now nullify the Election, or else be ready to destroy the Great Republic of France.

I, Her Knowledgeable Professor Alexia Thomas say to Candidate Marie Le Pen, she can notconcede to Defeatan Oversight, an Error that Steals the French PeoplesHonour.

The Republic of France has no place for Candidate Emmanuel Macron because France is not a Kitchen but the Land of Strength.

The French Election of 2017 is a Robbery against the Republic of France, and the French People, instead it recalls the Memory of France Destruction of 1940 after the German Invasion of their Territory to Rule them by Tyranny.

The Government of France must Wake Up for the Future of Today or be ready for the death of Tomorrow. The France Election of 2017 is a Fraud and cannot Stand.

It must be Revoked and Annulled,  as it is not the French Peoples Mandate but the European Union in her Monstrousityunconstitutionally Rigged the French Election.

Principle Without Emotion Is Not Cruelty, But The Act To Embrace Emotion Is The Destruction Of Self-Determinism; It’s A Me, Do Or Die Affair.  — By Her Knowledgeable Prof. Alexia Thomas

I, Her Knowledgeable Professor Alexia Thomas rest my Case and ask the French Government and her People to do what is Good for France.