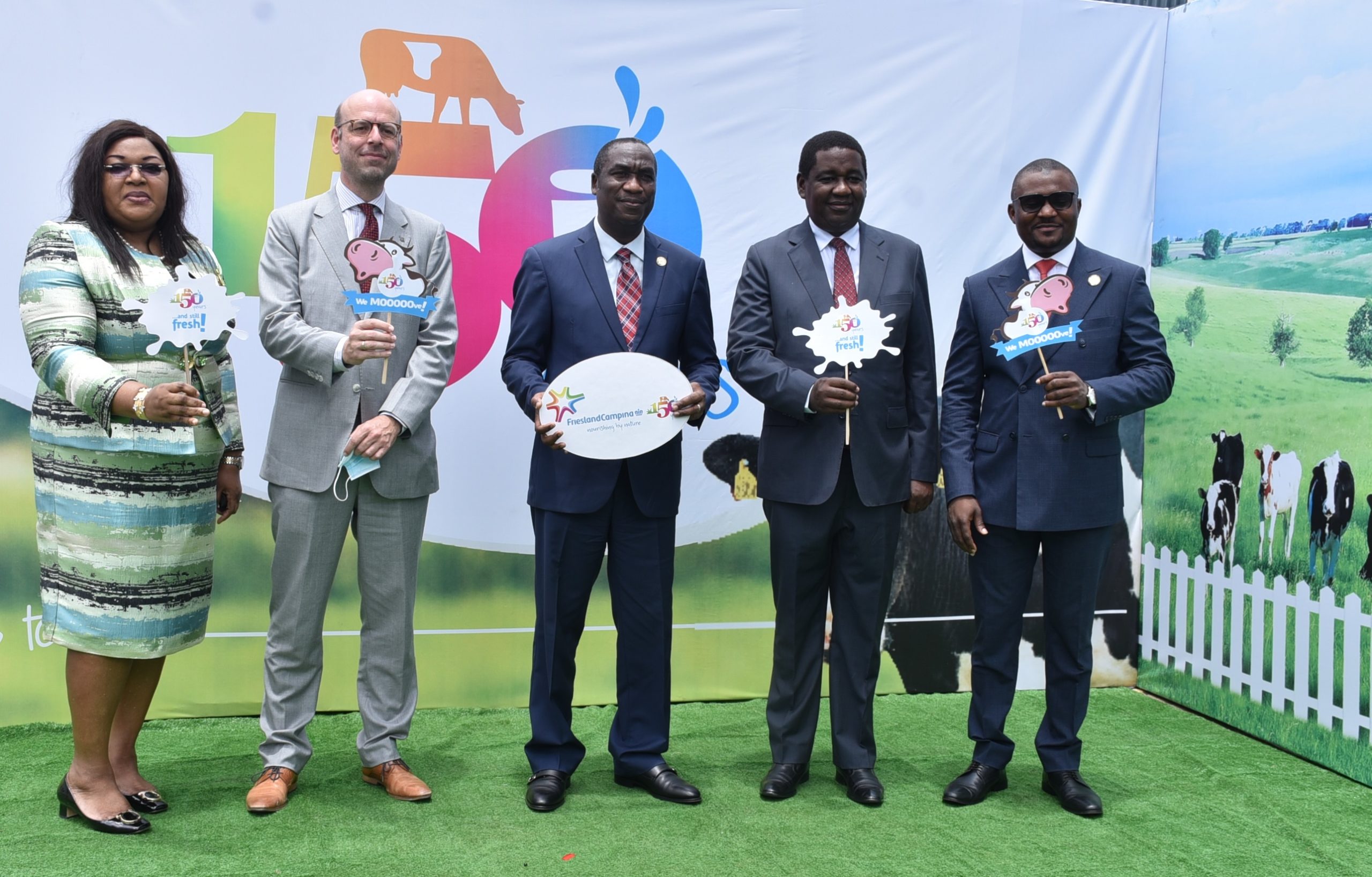 FrieslandCampina Global dairy cooperative, FrieslandCampina has flagged off series of activities to celebrate its 150th anniversary. Starting from its international headquarters in The Netherlands Wednesday 8 September, the dairy giant hoisted its anniversary flag simultaneously in all the production locations of FrieslandCampina across the world, including Nigeria.

Ore Famurewa, Executive Director, Corporate Affairs, FrieslandCampina WAMCO who announced the flag off ceremony to the media in Lagos explained that the history of FrieslandCampina as a dairy cooperative dates back to 1871 when some farmers established the ‘Vereeniging tot Ontwikkeling van den Landbouw in Hollands Noorderkwartier’ (Association for Agricultural Development in Hollands Noorderkwartier).

She said, “This association is the oldest legal predecessor of Zuivelcoöperatie FrieslandCampina U.A. In 1872, 20 farmers in the Dutch village of Wieringerwaard in North Holland, decided to collaborate. The farmers bought a building, two cheese tubs and a weighing scale. They appointed a cheesemaker, and the first official cooperation of farmers was established.

“In the village of Warga in Friesland, a groupof farmers united also formed another cooperative. After many mergers, these cooperatives finally resulted in FrieslandCampina. Today, the dairy industry is one of the Netherlands’ most important industrial sectors” Famurewa explained.

Speaking at the ceremony, the Managing Director, FrieslandCampina WAMCO and sub-Saharan Cluster, Mr. Ben Langat, said “Today, we share our history because we believe it is significant to encourage enterprise, promote collaboration and drive continued investment across the dairy industry.

“In sub-Saharan Africa, FrieslandCampina brands such as Peak, Bonnet Rouge, Three Crowns and Omela are household names with strong brand reputation. We have championed the dairy sector development with the formation of cooperatives for Nigerian farmers to pool milk into our collection points. This in turn is collected to our factory and these  are learnings from the experience of our Company’s 150 years knowledge in dairy industry” Langat said.

Hein Schumacher, CEO of Royal FrieslandCampina N.V in a statement he made in the Netherlands said, “FrieslandCampina is built on 150 years of cooperative knowledge and experience. Its foundations consist of family businesses that have been members of the current cooperative and its legal predecessors for many generations. We have enterprising farmers working together daily to provide millions of consumers throughout the world with the goodness of milk, from grass to glass. I am really proud of this.”

Also speaking at the flag-off ceremony in the Netherlands, Erwin Wunnekink, Chairman of Zuivelcoöperatie FrieslandCampina U.A. said, “Our ancestors already knew that together we are strong. That was true in those days and it still is. It is the core of our identity. We have been successful in new markets by working together. We initially did this close to home in the cities, then just across the borders and eventually, all over the world. Almost all the people in the world know our cheeses and our infant nutrition. With almost 17,000 members, FrieslandCampina is one of the largest dairy cooperatives in the world. This cooperation has made us really successful.”

Related Topics:FrieslandCampina celebrates 150 years of grass-to-glass dairy Cooperative
Up Next