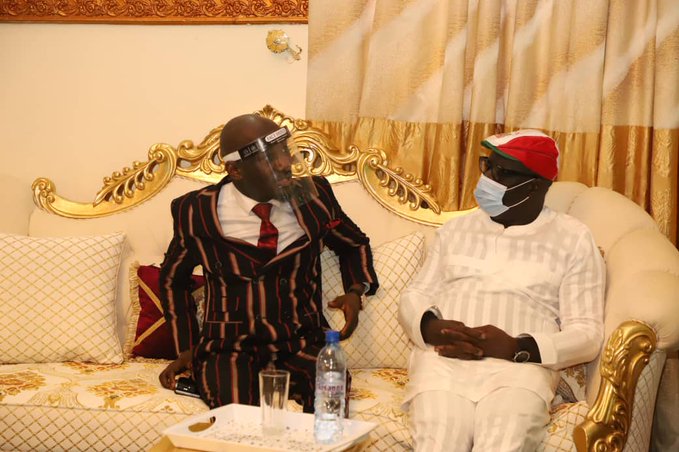 Without mincing words, Apostle Johnson Suleman is a man whose level of consistency reflects his values and standards. Obviously, this is one feature that builds him a high level of trust among people that surround him.

Habitually, this value also stands him out to be noticed more among fellow God’s ministers.

A charismatic and outspoken pastor with a national following, Suleman has been ever consistent in speaking truth to oppressive political leadership both locally and elsewhere.  Come what may, he is adamantly against rules that admit tyranny. His steady outbursts against government’s perceived anti-masses policies, as well as calls for vigilance especially while the covid-19 pandemic saga lasted, are concrete examples.

What further emphasizes this character trait that is most valued by those following Apostle Suleman are his unwavering support for his friends. It is general knowledge that Suleman and Governor Godwin Obaseki of Edo State are close. The relationship transcends politics; it is somewhat filial and the cleric is believed to be the governor’s family’s spiritual father.

Thus, when the crack between Obaseki and his erstwhile political godfather, Adams Oshiomhole, widened and the later was bent on ending the governor’s political career at the last governorship election, Apostle Suleman reportedly urged Obaseki not to forfeit his faith under the feet of dominance by the those after his ambition. Although, it requires creativity to solve a difficult problem, doing what else is right too helps to defeat a difficult challenge, the servant of God was said to have warned Obaseki as the election approached and hope was further fading.

“Let troubles know that you are equally troublesome. Fight on till you win. No quitting here,” the man called ‘Oracle of God’ had pressed the governor on the election eve.

The weeks that heralded the 19th of September, 2020 governorship election saw about 42 of Governor Obaseki’s aides abandoning him to the mercy of the rioting godfathers. Although, the governor appeared dejected at the unfolding developments, Suleman admonished him not to be defeated by his own vulnerability. He told him; “don’t worry about the bad people God took from you. Thank Him for the good ones he sent, for elevation requires separation.”

Known for always moving out of his comfort zone to tackle challenges and promote ideas like social justice as well as getting critical of the government’s grip on society, Apostle Suleman had earlier described openly as ‘absurd’ the show of force displayed in the streets of Benin City, Edo State capital two days to the election.

“The overloaded influx of security into Edo State is out of sync with sane electoral process. Its sound bites make fear palpable in the air and could portend poor turn-out. Election should be a contest of ideologies not exchange of bullets. We are praying but we are watching.”

“Don’t beat around the bush. If you are having an issue, do something about it. Only you can change your circumstances.” The message, indeed, sunk into the governor. He won another term.

For Apostle Suleman, loyalty comes with integrity and truly is an essential quality in any close relationship.